In case you're still wondering about the picture of the Queen in the post below, I'll relieve your suspense*.  You can't keep a good American enthusiasm down and would you believe it, our nearby town, Olean,  in western New York, now has a British-themed cafe. Presumably this is to go with the new European-style roundabouts that have arrived in Union Street, terrifying the local populace. There are plenty of British touches in the cafe... 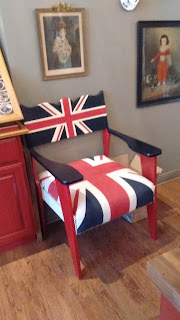 .....even though it's not actually run by British people. There's a huge selection of teas and a sweet English country cottage display on the mantelpiece. 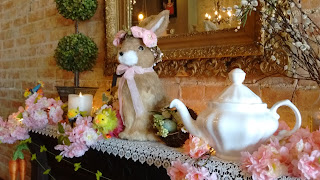 My friend and I opted for the cream tea - scones, jam, the works and I was confidently told, "Devonshire cream". Well clotted cream it wasn't quite and the scones, being American-style, all had some sort of flavouring, blueberry, lemon, whatever - I don't think Americans would understand plain British ones. (Though American cuisine does have something called a "biscuit" which looks like a scone on steroids and is generally eaten with gravy). Anyway, I had a lemon one and it was pretty nice in its own way and the jam was very good.  And we discovered another deft British touch: 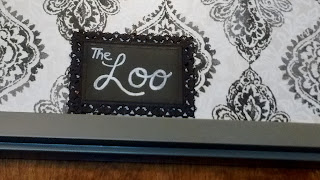 So good luck to the Union Tea Cafe. (Which sounds like a contradiction in terms but never mind, this is America.) They are having a special event on the Fourth of July. I wonder what the Queen will think of that?

*(And apologies for the perfunctory blogging this month - due to family and travel commitments. Things will be back to normal in June.)
Posted by Alenka at 4:52 AM No comments: 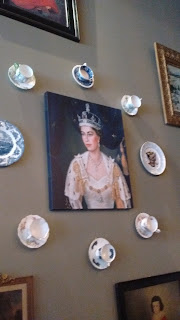 And where could it possibly be?
Watch this space......
Posted by Alenka at 4:25 AM No comments: