For reasons known only to itself Google is not letting me upload any photos to the blog today. Maybe I've fallen foul of the thought police - yippee! I quite relish the prospect of notoriety. They looked to be only photos of wild flowers but you never know these days. But that's OK as the big story of the day doesn't have photos to go with it - sadly. Hubby has just returned from a saunter around our jungle and called out,  "You'll never guess what I just saw! A little turkey!" The chap apparently wasn't too pleased to see hubby on his patch and fanned out his tail as best he could to try and look menacing. As he was only the size of a smallish chicken, he didn't really succeed. So it seems the lads are back - perhaps distant descendants of the lot that colonised the sunlounger.  The downside is that there will now be more potential customers - or should I say consumers - for the blueberries, if and when they materialise.

Posted by Alenka at 5:07 PM No comments:

Goodness is that the Date?

Where has the time gone? We've now been back up north for a week and as always it takes a while to get one's bearings - remember which way to turn for the post office and where the apples are in the supermarket and which side of the bed to get out of and where we keep the kitchen knives and so it goes on. As always there have been surprises. Mostly good this time I have to say. Our massive deer fencing operation appears to have saved the blueberrry bushes and rhodos from attack.  Of course, where the former are concerned we still await a summer of battles against birds, chipmunks, turkeys and other marauders. We found some delicious turkey soup in the freezer left by a visiting family member - all local from our friend's farm.

The robin had gone elsewhere to build her nest so the garage motion detector lights were unoccupied. (Though there is a row of small nests in the eaves of the porch.) The blossoms were out, bumble bees buzzing away. 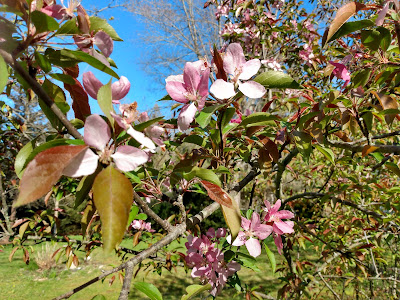 The neighbours' pond still there. 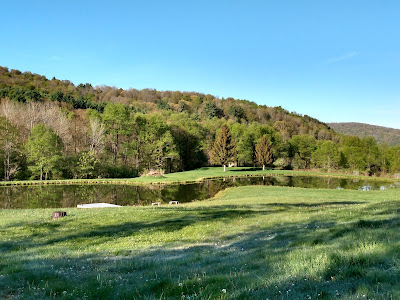 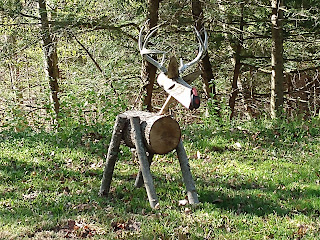 I've had to get used to walking up a hill again and there are things I'm missing. 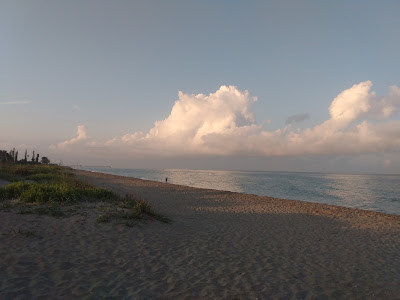 But there's something wonderful about catching the early spring. The mornings frosty not humid and very little traffic on the roads.  Puffing up the lane I met a neighbour, "It's a while since I've  climbed  a hill!"

"Gosh only down the coast from us. We were in Venice!"

Posted by Alenka at 9:34 AM No comments:

Our Amazing Two-Tone Frangipani and Other Stories

In a week when I discovered my inner hooligan, shocking hubby by stating that I'd have been there at Old Trafford demonstrating with those Man United fans - though I do draw the line at trespass and throwing bottles at the police - I thought something calming would be in order.

The garden has burst into early summer - though my neighbours are saying it's been the driest Florida spring in living memory. The staunch frangipani put out out its pink flowers with their extraordinary, almost synthetic scent... 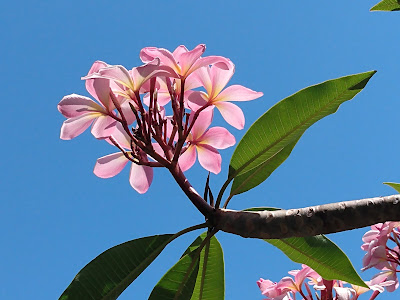 ...and its yellow flowers with ditto. 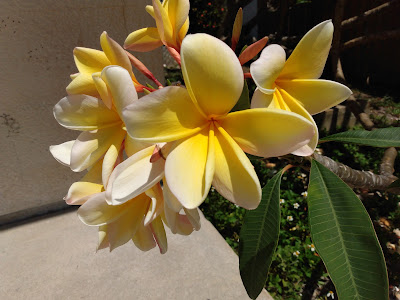 I thought it was one of nature's miracles and it took me a while to work out there are actually two bushes, if you can call them that, planted right next to each other and intertwining. These things are amazing. Last year I planted the broken off stub of one that had been lying on the ground for months and it actually sprouted. Unfortunately, this winter - as you do when you're gardening - I stepped back and accidentally broke it in half. So I planted the two halves and now they're both sprouting again. 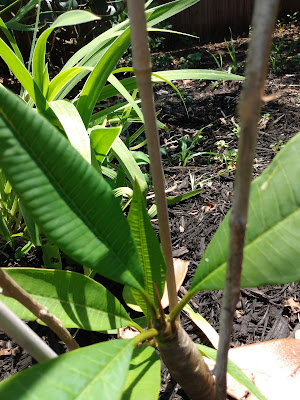 Amazing, other-worldly plant. Here it is with the early morning sun just reaching it. 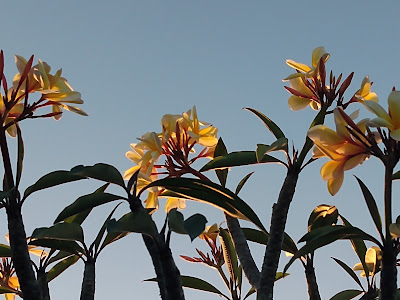 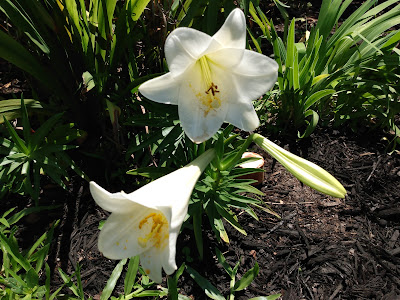 And a crafty bougainvillea that lay low for years has suddenly exploded. It must be loving the drought. 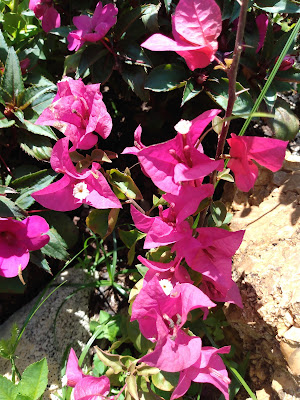 Plus something else weird and wonderful. I planted this, which is some sort of ornamental pineapple because I liked the orange coloured fronds. 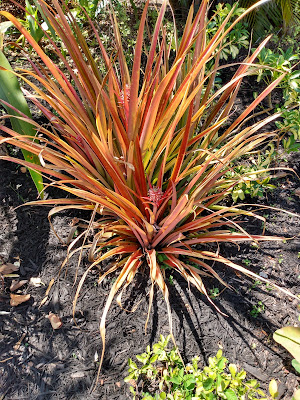 I ignored it for a while and then saw it was actually bearing fruit. 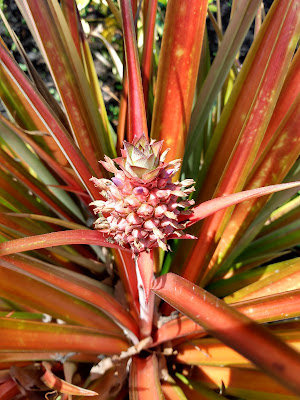 Unfortunately I don't think you can eat it.
It will be sad to leave all this when we go up north in a few days.

Posted by Alenka at 3:07 PM No comments: