Update: Where are the Flags?

I'm gradually seeing a few more England flags. They're coming out of the woodwork as if they were too embarrassed to show their faces before. I even saw a house in south-west London with flags festooned all over it, like Christmas decorations. Maybe England fans are a little like spurned lovers - they're wary of taking the plunge again. Now we have to hope that all will be well tonight. All this talk about England needing to come second in  their group is daft. For one thing the Germans are out - with headlines in the tabloids like "Out Wiedersehen" and "Wurst Day Ever". (I have been trying to explain to the American family the deep meaning of this to the English. The USA,  hubby muses, has no experience of such a bitter and oft-recurring nemesis.) The first time Germany haven't progressed since 1938.   I hope it's not a bad omen for that country.   So the main fear is Brazil. But has it occurred to the Come Second-ers that England will have to face tough opposition at some point? Better to get it over with. Losing in the quarters is sad but losing in the final is catastrophic. And they could just as easily lose to someone else. This is a very unpredictable World Cup. And surely we remember Iceland? Oh and the USA back in the day.
Posted by Alenka at 12:40 PM No comments:

Where Are the Flags?

I am disappointed. Here I am in London as the World Cup's starting and I haven't seen an England flag. Well just one, flying out of a solitary van window but that's it.  Nowhere between Putney and Marble Arch can a single patriot be found. Shame.

Not like it used to be when whole streets would be decked out and I'd point them out proudly to American hubby.  I used to joke how the US was indifferent to the World Cup but I remember driving over the border into Canada and every car on the QEW was flying the colours of its driver's ethnic origin. Is this some new fiendish political correctness? Or a wish not to jinx England's hopes? Or, heaven forbid, sheer apathy? Have I missed something? Well I for one (even though hubby has more actual English blood than I have) am not too proud to yell, "God for Harry, England and St George!"
Posted by Alenka at 10:27 AM No comments:

Update: In the Doghouse

An American friend saw my suggestion (see below) about the alligator sign and proposed something even more effective - namely importing a few live alligators from Florida to stock the Wimbledon Common ponds to keep dogs away from the nesting birds. 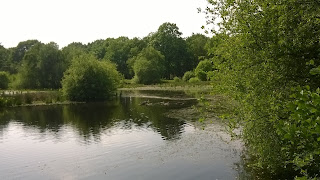 Alas that might be counter-productive.
This morning I risked walking down to my favourite pond.  I say "risked" in the same way that I risk sitting in the quiet carriage on the train. The risk is that I inevitably get frustrated with someone talking on their mobile. Better sit in an ordinary carriage and accept that I can't do anything. But this morning I was feeling up for a fight. At first things were deceptively peaceful. Moorhens paddled around the waterlilies, a swan family glided languidly across the water. But it didn't last. Along came the first dog walker.   "Can't you read?" I asked .  She pulled her earphone out,  "What?".
"The signs",  I said, "the signs all round this pond telling you to keep your dog on a lead".
"Oh he's fine," she said soothingly. "No he's not! " I yelled pathetically after her.
The next were a group with several large dogs running around They expressed ignorance of the sign and told me not to be so rude. Then there was a smart lady all got up in designer country gear. I shouldn't really have taken her on.  Her dog was so tiny he was what we call alligator bait in Florida. The swans would have made short shrift of him. I should have taken a deep breath and turned away. But my blood was up. "Lead!" I said curtly, pointing to the sign. The word seemed to trigger something primaeval in her.  "Don't you shout  'lead' at me!"
"The sign", I said, "right there!"
"Shut up you stupid old  #*!@#$%!!",  she screeched. (It was the "old" that really rankled).
As I walked up the path, I could hear her shrieking after me, "Lead! Lead! Lead!"
Well I should have learned my lesson by now. I've had similar encounters on our beach in Florida. There are certain classes of people you don't mess with: the SAS, urban cyclists - and dog walkers.
But there was a nice man. A lovely man with a lovely dog with a red bandanna. As he approached the pond, he clipped a lead on his dog. I could have hugged him, "Thank you so much for doing that!" He understood and smiled.
Posted by Alenka at 5:18 AM No comments:

In Defence of Prince George 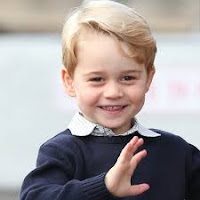 My American friends just love the little lad, "Awwww that George is so cute!" so I feel justified in rushing to his defence over yesterday's drama on the Buckingham Palace balcony. The media have gone to town on how his cousin "stole the show",  "shushing" him by clapping her hand over his mouth during the National Anthem. Well, am I the only one who saw the whole thing in context?  George did not start it.  He was not the first to be horsing around, making silly faces when the Anthem began. Oh dear,  I am really becoming an old fogey but in my day, such disrespect would have merited instant retribution of the swift and clean sort.    Too bad the Royals are so nice and modern.  Such a gesture in front of the world's television cameras would have done wonders for the fightback against political correctness. But I'm clearly not in touch with the zeitgeist. Everyone else seems to think it was sweet. Who am I to judge?
Posted by Alenka at 12:04 PM No comments:

Wimbledon Common is a glorious open space - nothing like a manicured park with rose gardens and mulched borders but a microcosm of the English countryside - hills and heathland and marsh and bog and forest, where muddy paths criss-cross among wild rosebushes, blackberries and brambles. If you walk far enough from the main road you can imagine yourself in the middle of nowhere and not in South-West London. 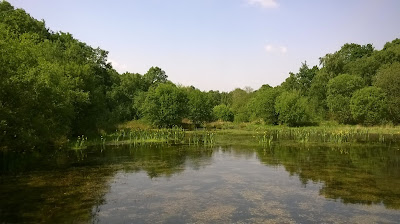 Fortunately back in the 1860s, it was saved for the hoi polloi from the rapacious clutches of the Lord of the Manor, Earl Spencer no less, who had tried to sneak in an Act of Parliament so he could put up a mansion for himself and flog off the rest for a building site. At the moment, it's safe and a paradise for walkers, runners, riders and dog-owners. 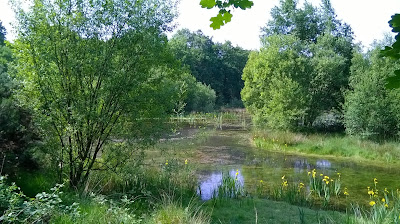 It seems that every pooch in south London gets taken to the Common for its daily exercise.  Mostly I love seeing the dogs but there is a small problem with the owners. Blame it on the shortcomings of the local expensive private schools but they appear never to have learned to read. Or they are afflicted with short sight. At this time of year there are signs around the ponds, asking dog owners to keep their dogs out of the water to protect the baby birds. There are also signs to keep dogs on a lead around a small patch of heathland where they're trying to encourage nesting skylarks.    I've never seen a single dog owner take the slightest bit of notice of these signs. I met one on the bus with an extremely muddy dog, "Yes", she laughed to all and sundry, "he's been in the pond. He loves it!"  Another, this morning, strode merrily right through the skylark habitat.  When I've remonstrated with them, I've been put sharply in my place.  Once I went in despair to the Rangers' office and the nice girl there threw up her hands. It seems there is nothing they can do. The dog walkers are a powerful lobby with few natural predators.    They are convinced they are right and no measly sign is going to change that. (Never mind there are a thousand other acres for their dogs to run around in.)  Personally I think they should make the signs much bigger and include dire threats. They could take their cue from Florida.

But then it wouldn't be very British.
Posted by Alenka at 2:32 PM No comments:

On Strawberries and Wombles

Well hello again and the blog apologises for an absence even longer than Melania Trump's, still being occupied by pressing family matters.  Here in London, the Great English Summer is upon us and my goodness,  how good it is to get proper English strawberries that actually taste of something. I looked at the packet I bought in Waitrose yesterday and observed that it came from Sussex. Just down the road then. A whole lot better than getting them refrigerated from California. OK, western New York does grow its own strawberries but they don't taste anything like British ones.
I have been enjoying some ambles on Wimbledon Common, which is the home of the Wombles. 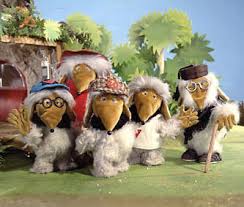 For the benefit of my American friends, these chaps live underground on the Common and only come out at night, when they pick up rubbish left behind by slobby picnickers. Their services are more needed than ever. Sad that the other day I spoke to a small child who had never heard of the Wombles, which were big in the 1970s, generating a TV series, films, songs and so on. The original books were by Elisabeth Beresford. The Wombles had names like Orinoco and Uncle Bulgaria. I recently walked past an Orinoco Street in Wimbledon.  Presumably future generations will puzzle over the name. I think it's high time for a Womble revival.

More on the fabled Common coming up. Watch this space.
Posted by Alenka at 1:13 PM No comments: