Garden in the Rain 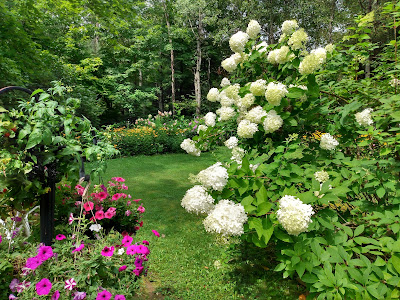 Except when it's rained non-stop for weeks. A watery sun just out for long enough to take a few snaps. Meanwhile friends in Ohio are having a drought. No chance of that here. Everything's getting and taller and stragglier and more out of hand but at least I don't have to water. 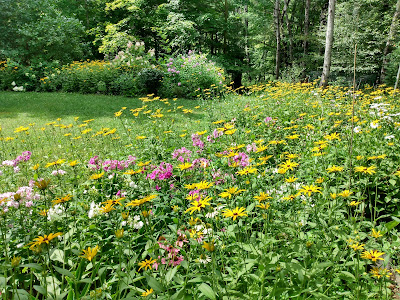 With the way the world's going we need a bit of cheering up. 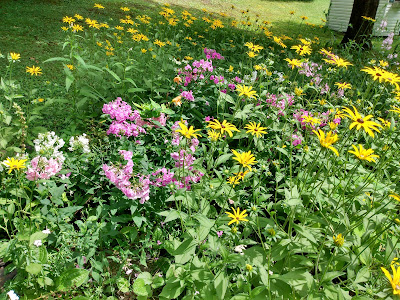 Never mind that, having built a Fort Knox around the blueberry bushes to keep the deer, turkeys, woodchucks and other birds out, the berries nevertheless disappeared. Those blinking chipmunks again. That's how they repay me for all the peanuts I've dished out. Fortunately they don't eat flowers. And despite everything I'm quite (in the British sense) happy with the jungle this summer. 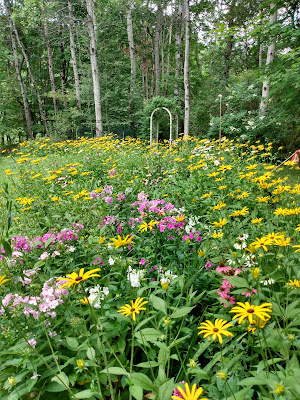 So, though, are the mosquitoes, which are just loving this weather. 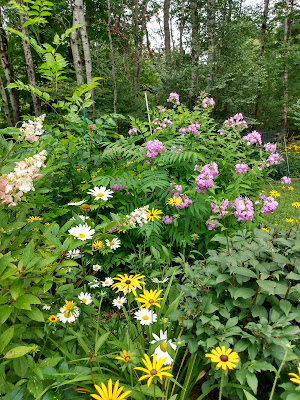 You can't even step outside before you hear the ominous whining  - and they always get you on the one minuscule part of you you forgot to spray. 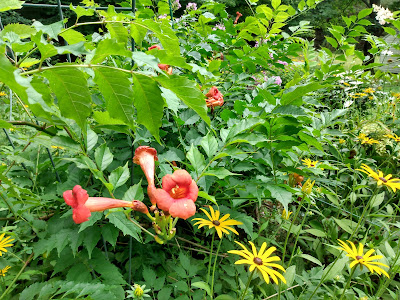 While their allies the Japanese beetles go for the flowers. 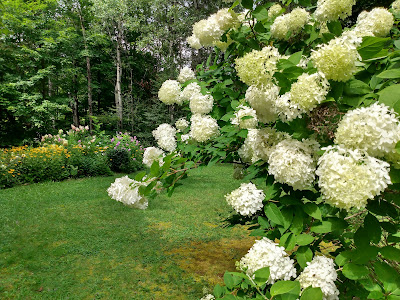 My neighbour and I have been discussing the merits of Japanese beetle traps. You hang a funnel-shaped plastic bag topped with an air-freshener-type scented disc and watch the brutes lured by the aroma plummet into the depths of the bag and drown in the rain water. Sooner or later the animal rights people will be on to it because of the Japanese beetles' emotional distress - and they are immigrants to boot. But I'm wary of using chemicals on the flowers for this very good reason: 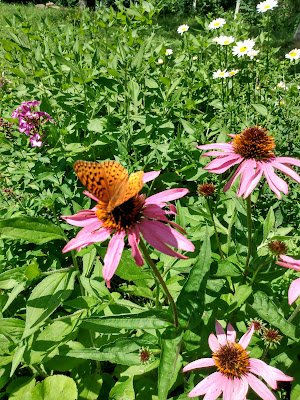 We've got quite a tally of Japanese beetles so far, but, says my neighbour, it could just be attracting more of 'em.