Who would have believed it? On a country road near Bristol (Bristol New York that is) an organ factory. 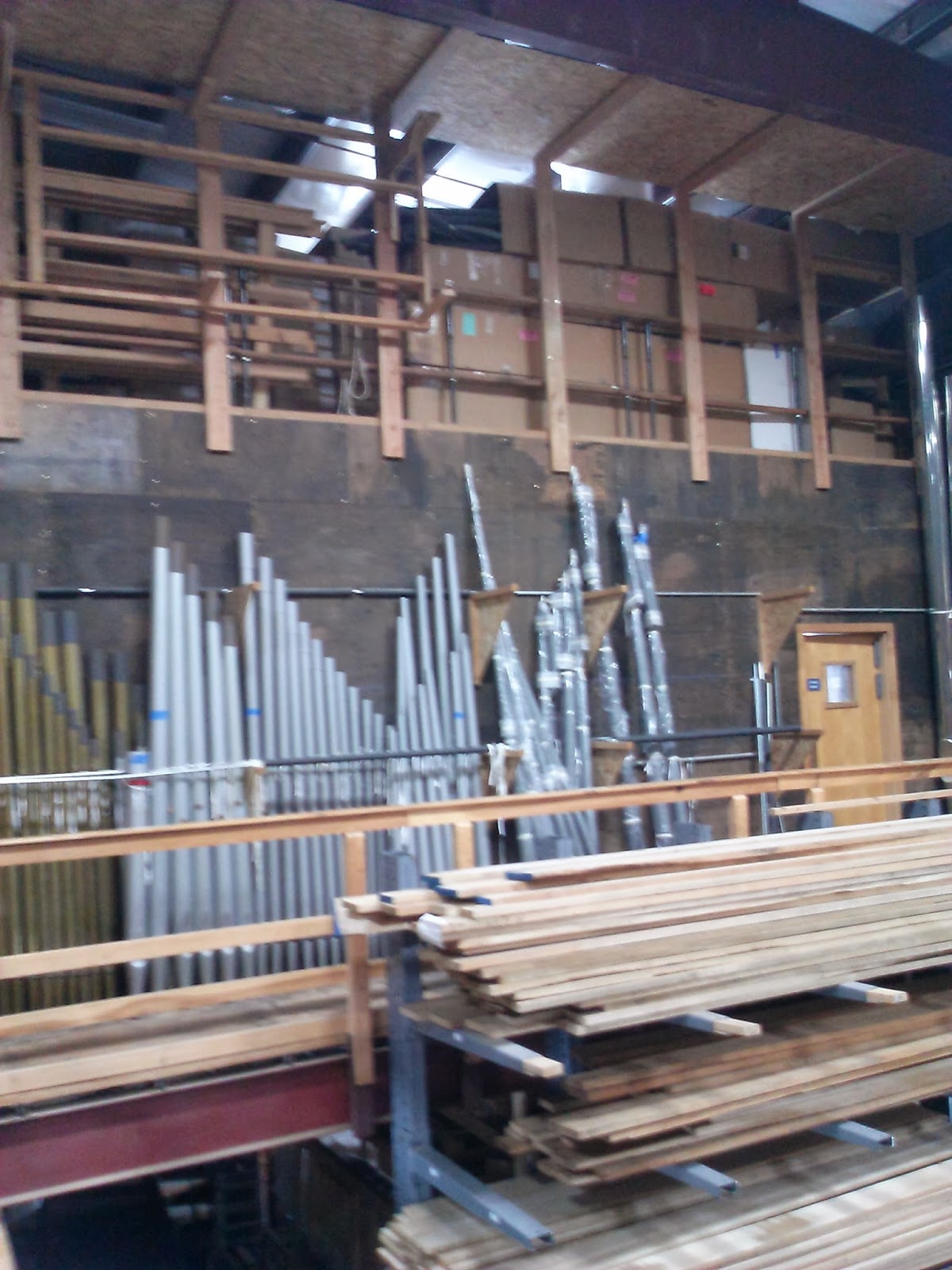 The old family firm of Parsons Pipe Organ Builders is still going strong. They were having an open day, along with generous offerings of coffee and doughnuts, to show off their latest restoration work. This massive beauty is destined for St John of Rochester Church in Fairport, New York. 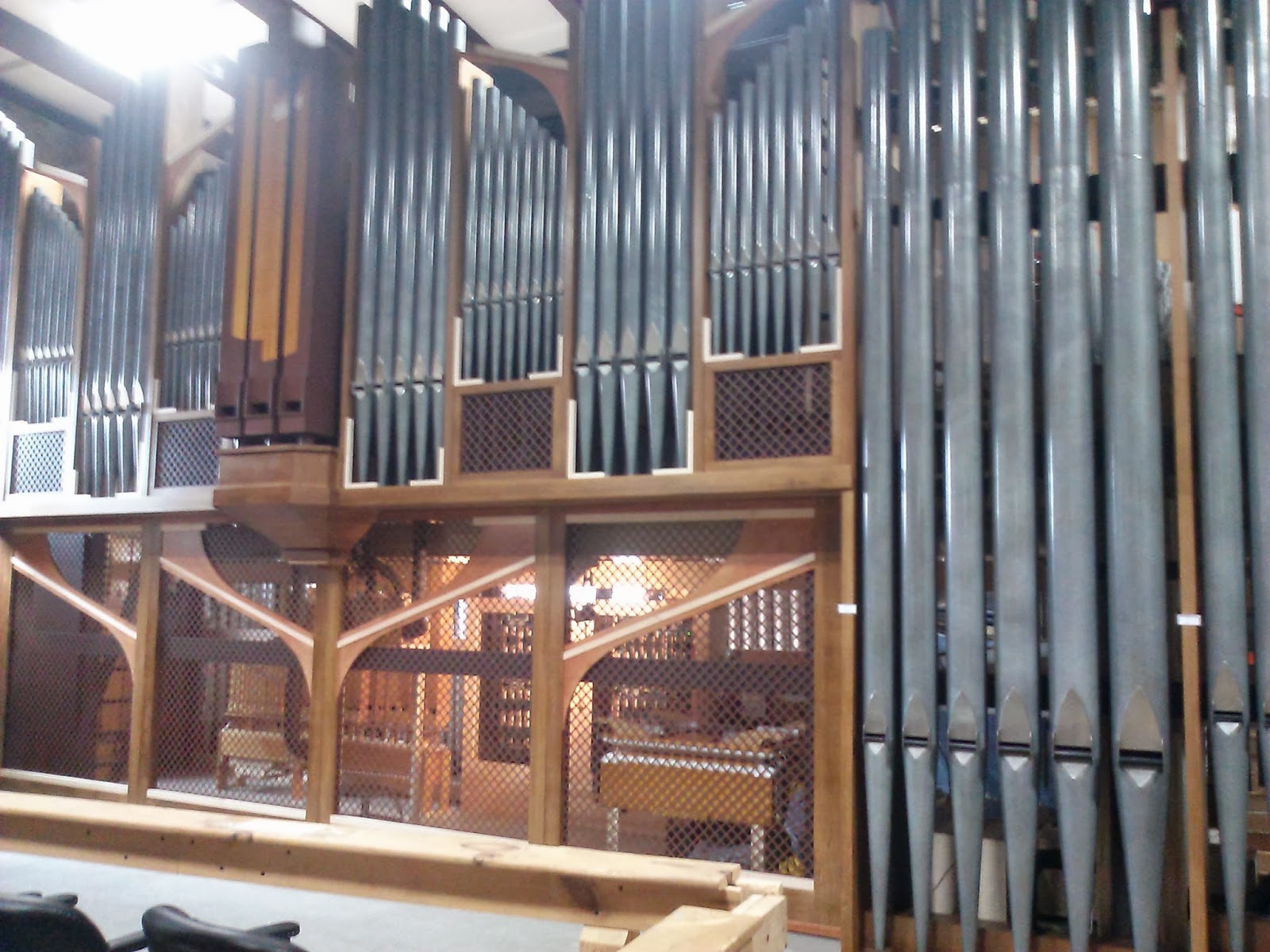 Nice to know American churches still want organs and haven't all fallen prey to guitars and tambourines. Transporting them is an exercise in logistics too, involving massive trucks and many sacks of polystyrene peanuts... 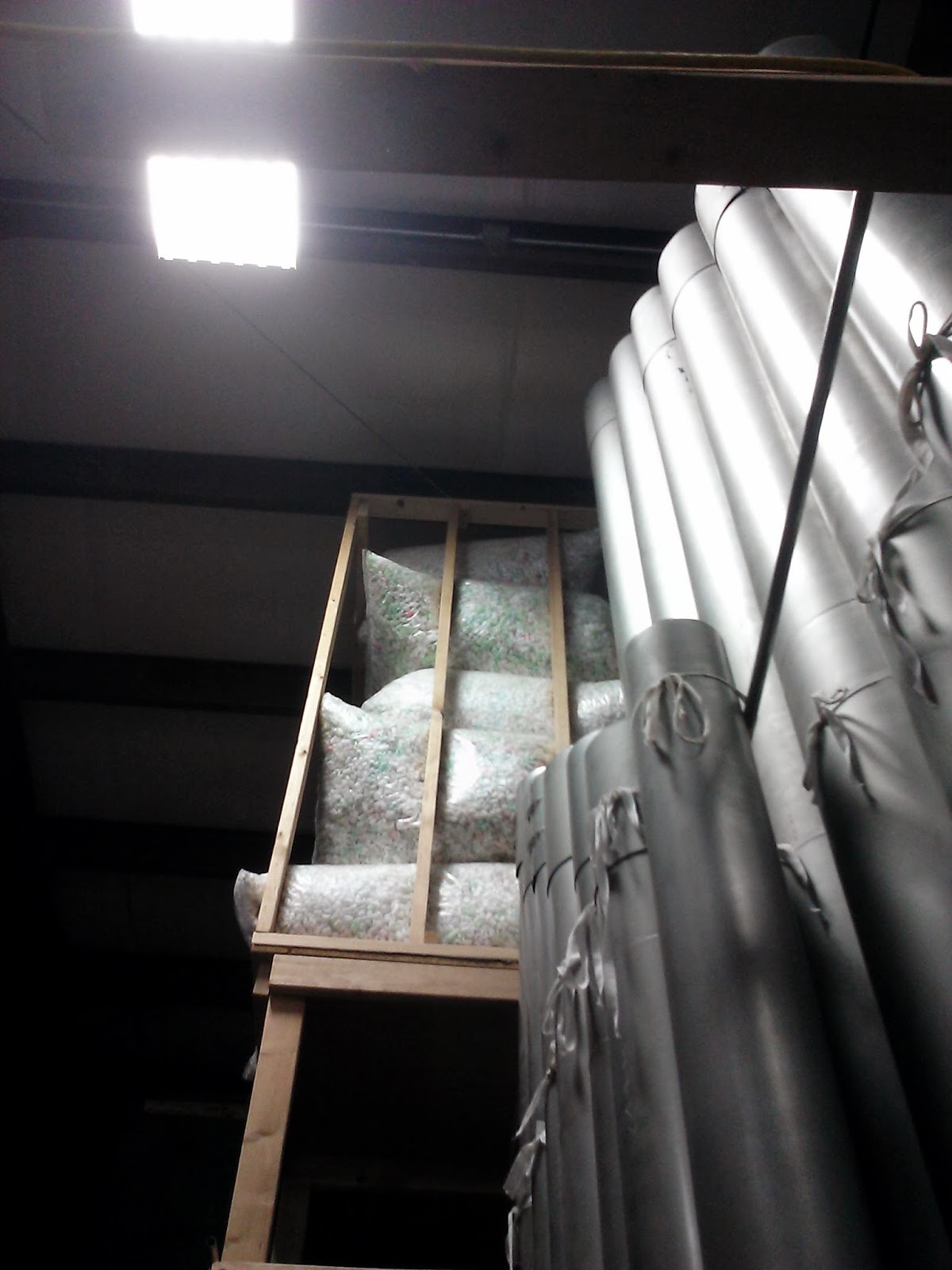 The Parsons family have been involved in building organs since the 19th century and the family business was founded in 1921. . They've also recently worked at restoring a second great organ to George Eastman's (he of Kodak fame) former mansion in nearby Rochester. He was an organ enthusiast, to say the least. Sadly Kodak is sliding into oblivion but that's another story. 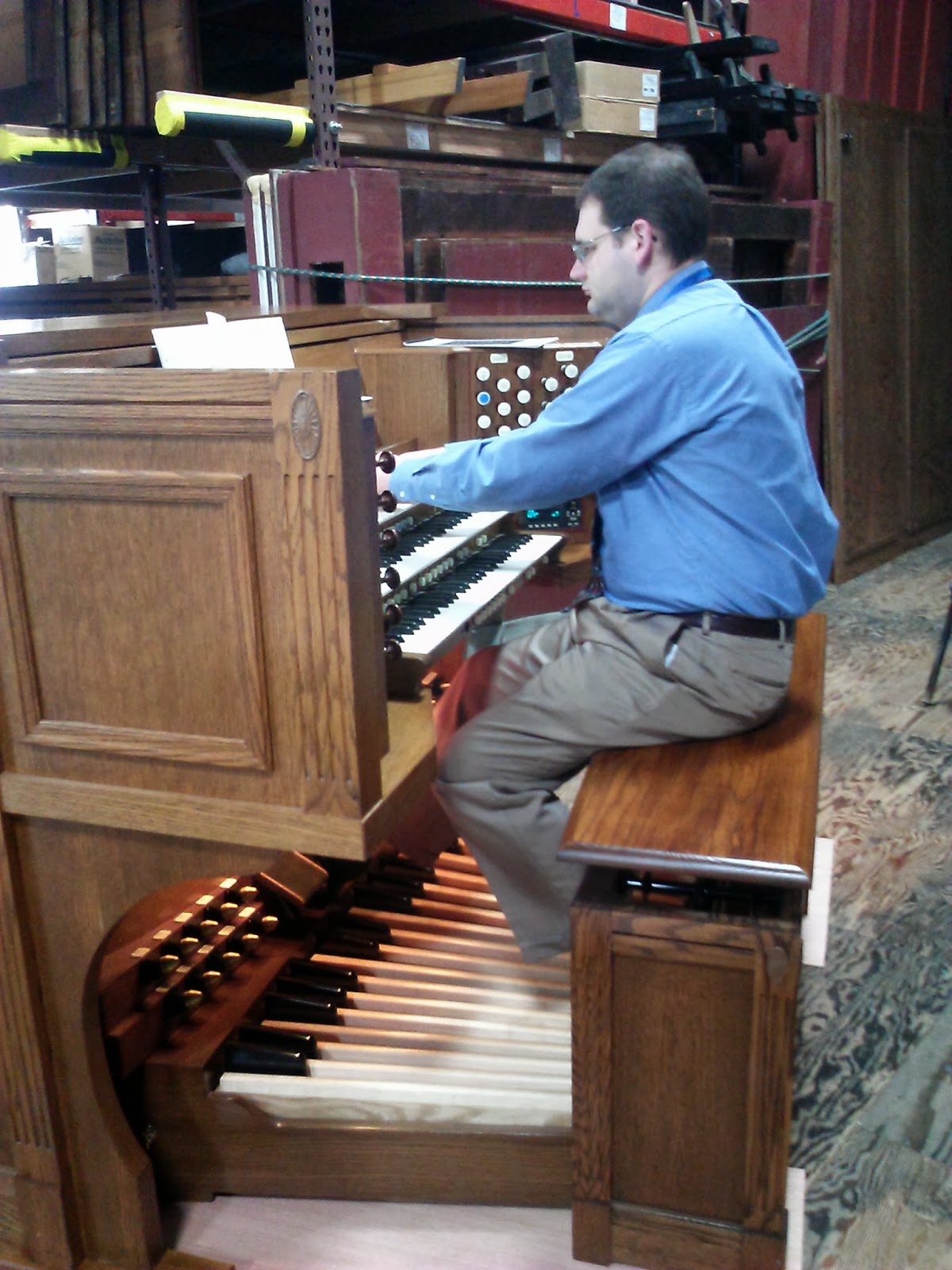 Pulling out all the stops. I don't know if this is Mr Bellows himself (forgive me if I'm wrong) but it does make a very fitting name for an organist. 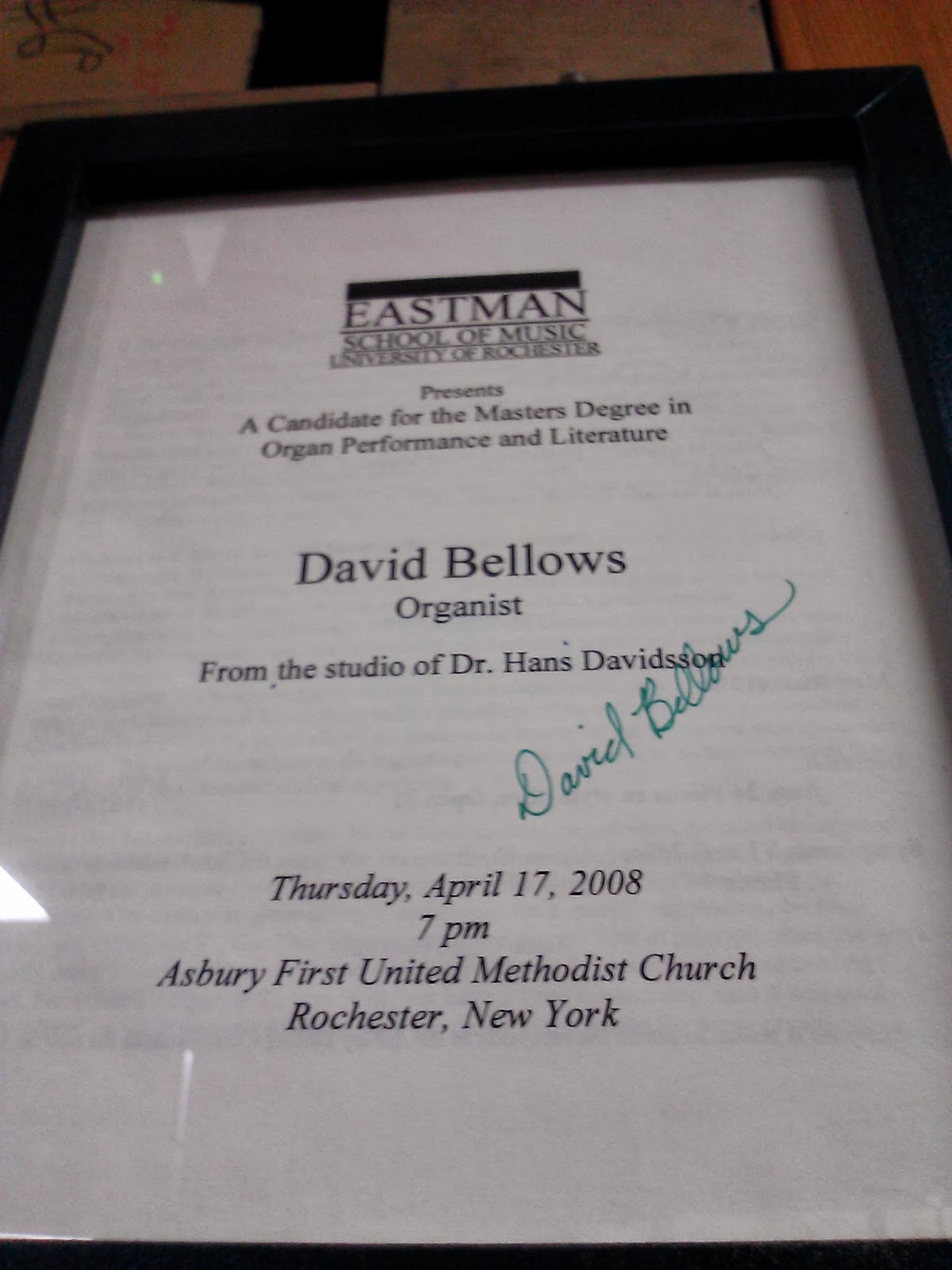