We were driving towards the city the other day and beheld some strange cloud formations. Flat-bottomed clouds. 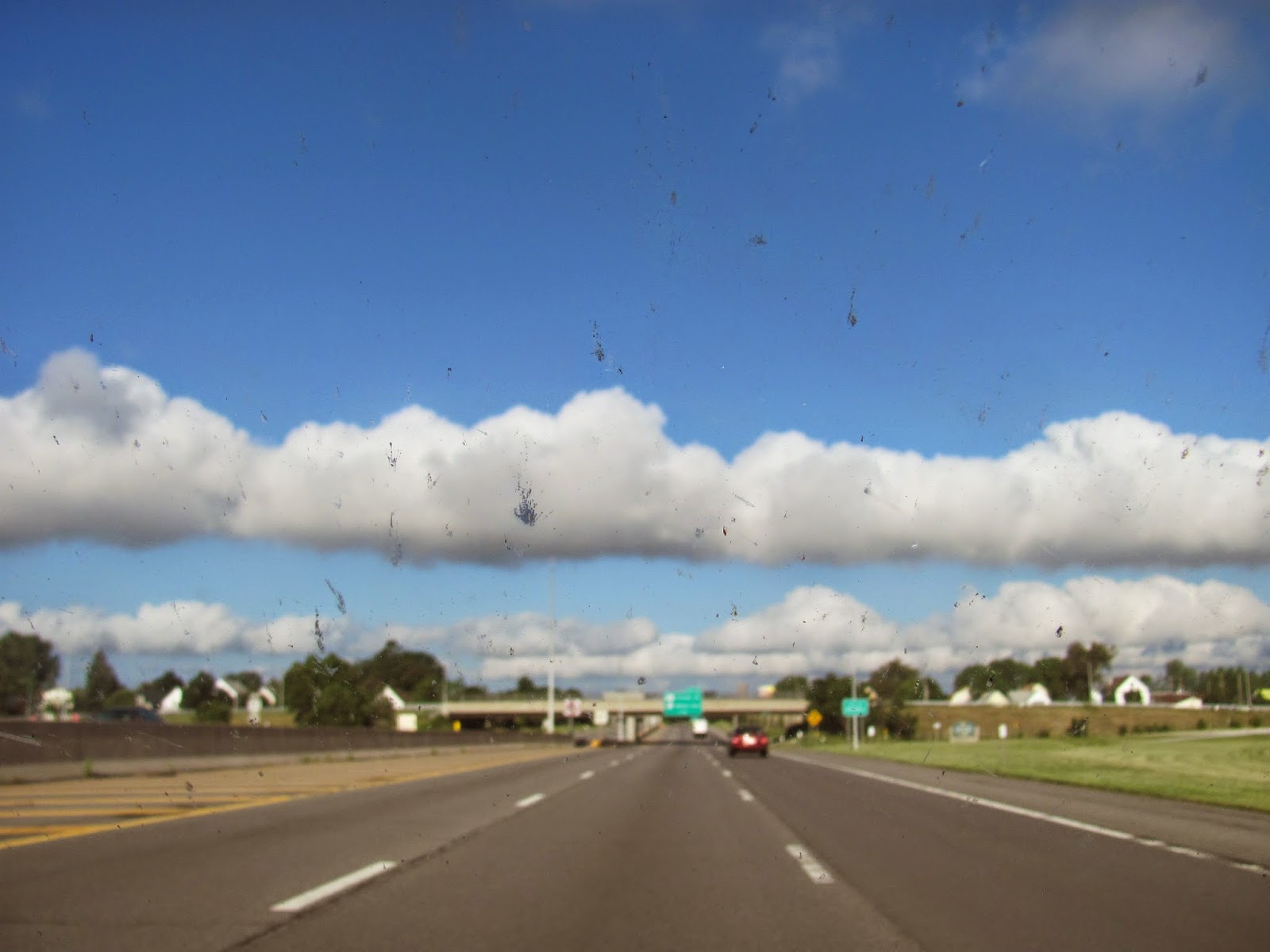 Receding into the distance. 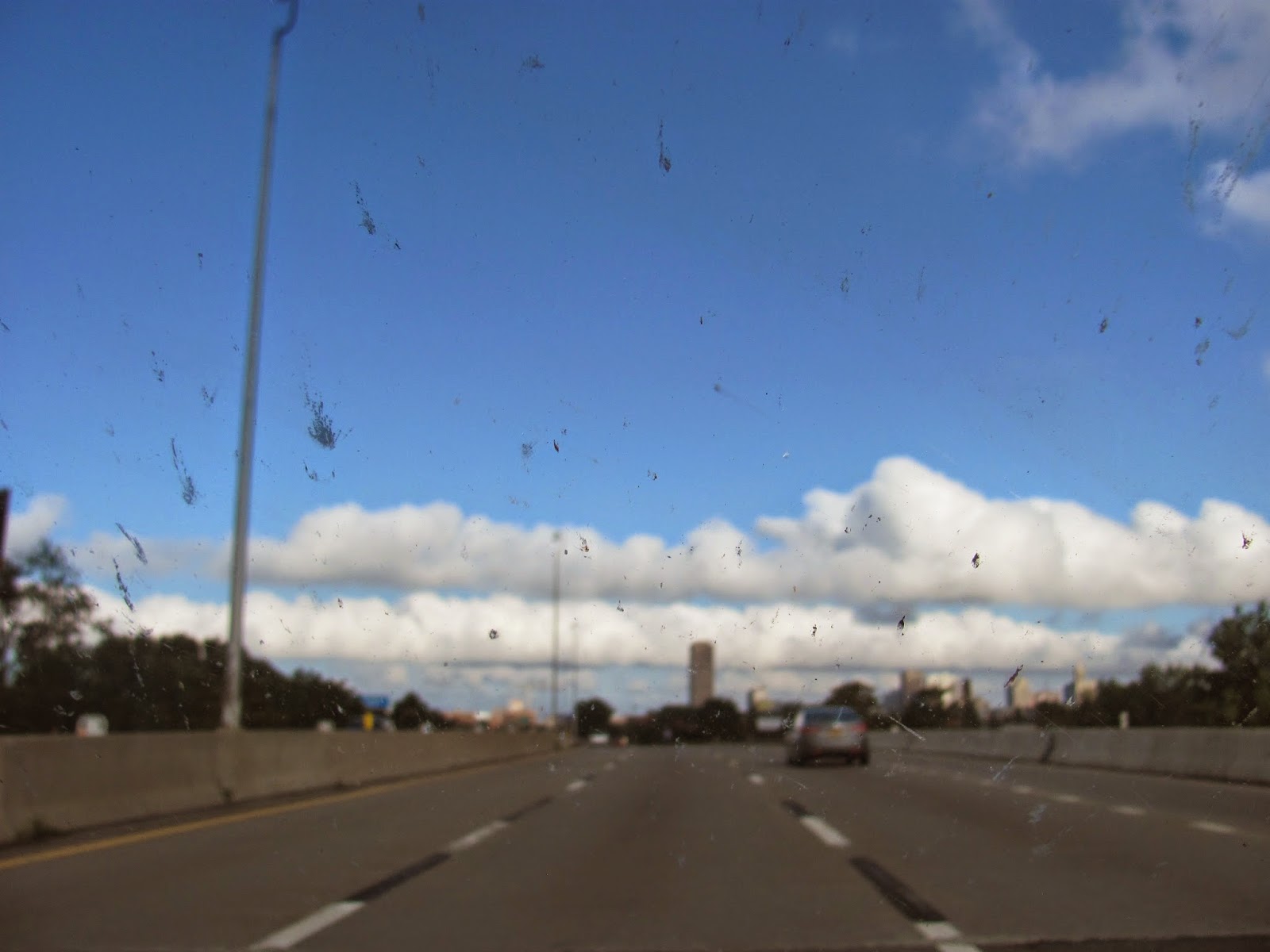 Where you can just see the almost empty HSBC building, or what used to be the HSBC building until the bank pulled out, Buffalo's one and only skyscraper. It's a city that takes you back in time; most of its tallest landmarks are church spires.
That's not the only strange cloud formation we've seen on the approach to Buffalo. We once saw nearby Niagara Falls perfectly reflected in the sky. No one's been able to explain that one to me.
Below another relatively unusual sight these days - a lake freighter. On its way west - to Duluth, Minnesota, perhaps, or lands beyond. We once nearly got mown down in the sailing boat by such a monster that crept up swiftly and silently behind us without so much as a toot of its horn. If we hadn't turned round and seen it, it might have been a sorry end to the story. 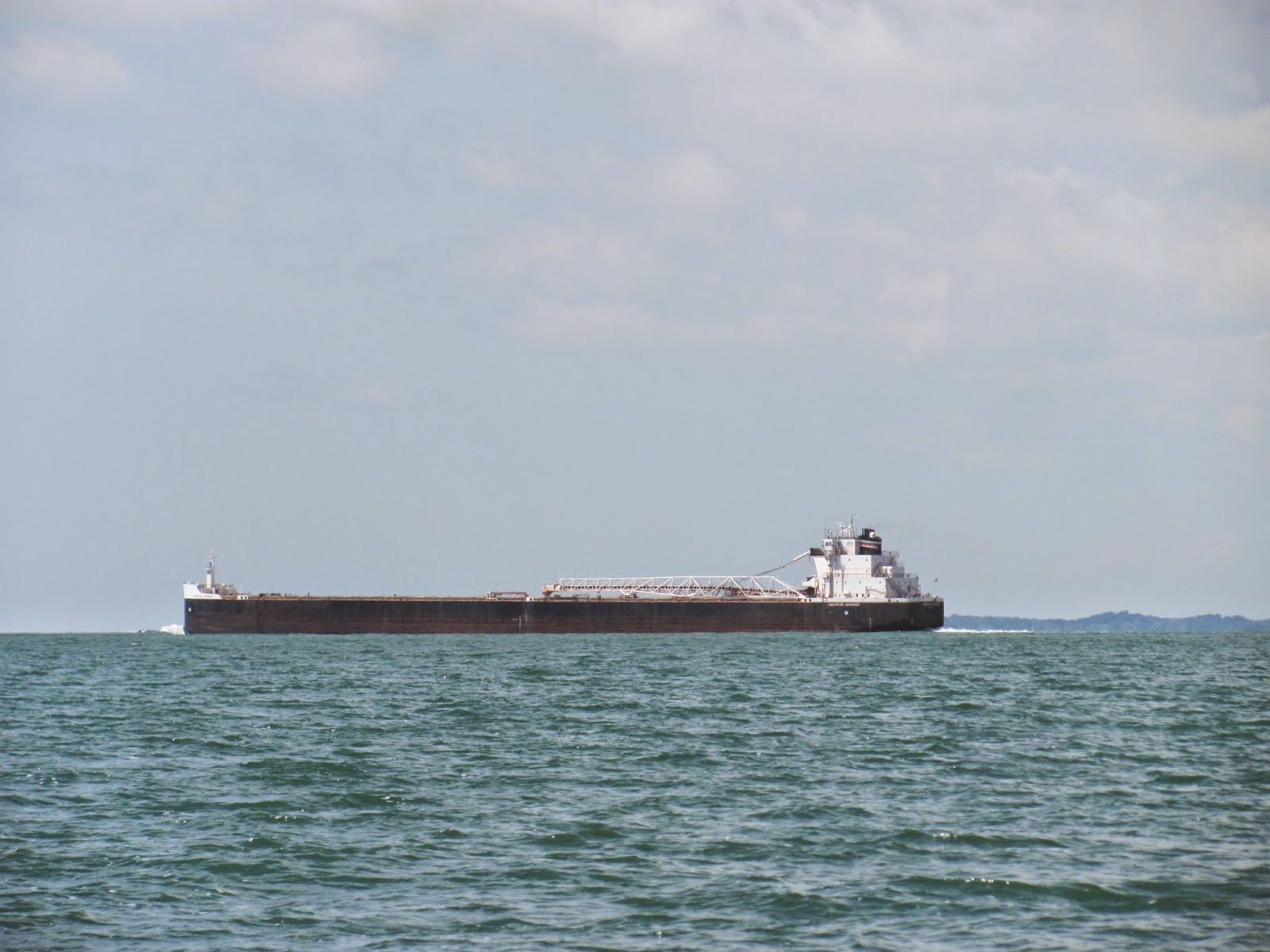 And here an extremely swanky yacht, too big for any of the marina slips. Another unusual sight for Buffalo. Though occasionally such fantastical craft do drop in on their way south - or north. But what's that halfway up the forestay? 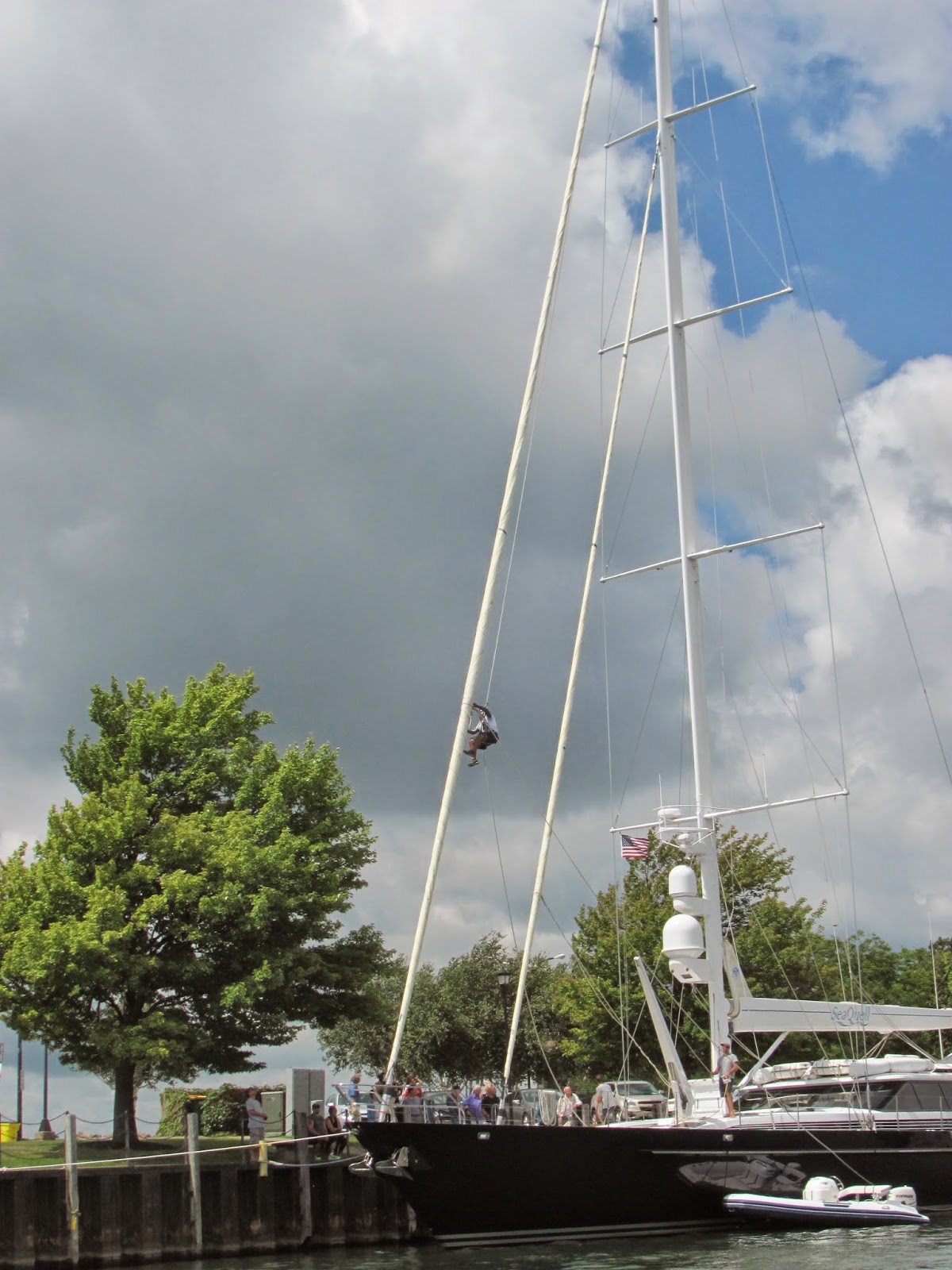 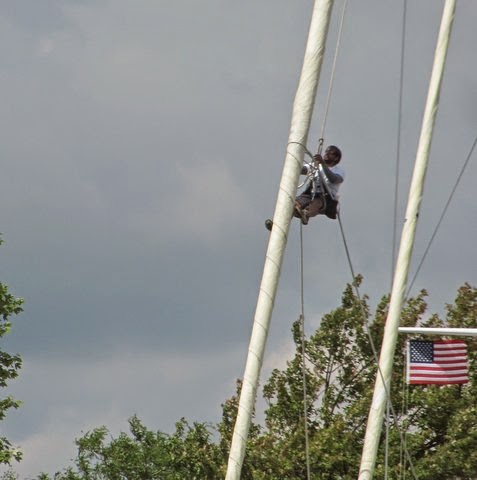