Golden Beach Gets a Makeover Part 2

Since what was missing was a lot of the beach itself,  through erosion presumably, I suppose something had to be done. 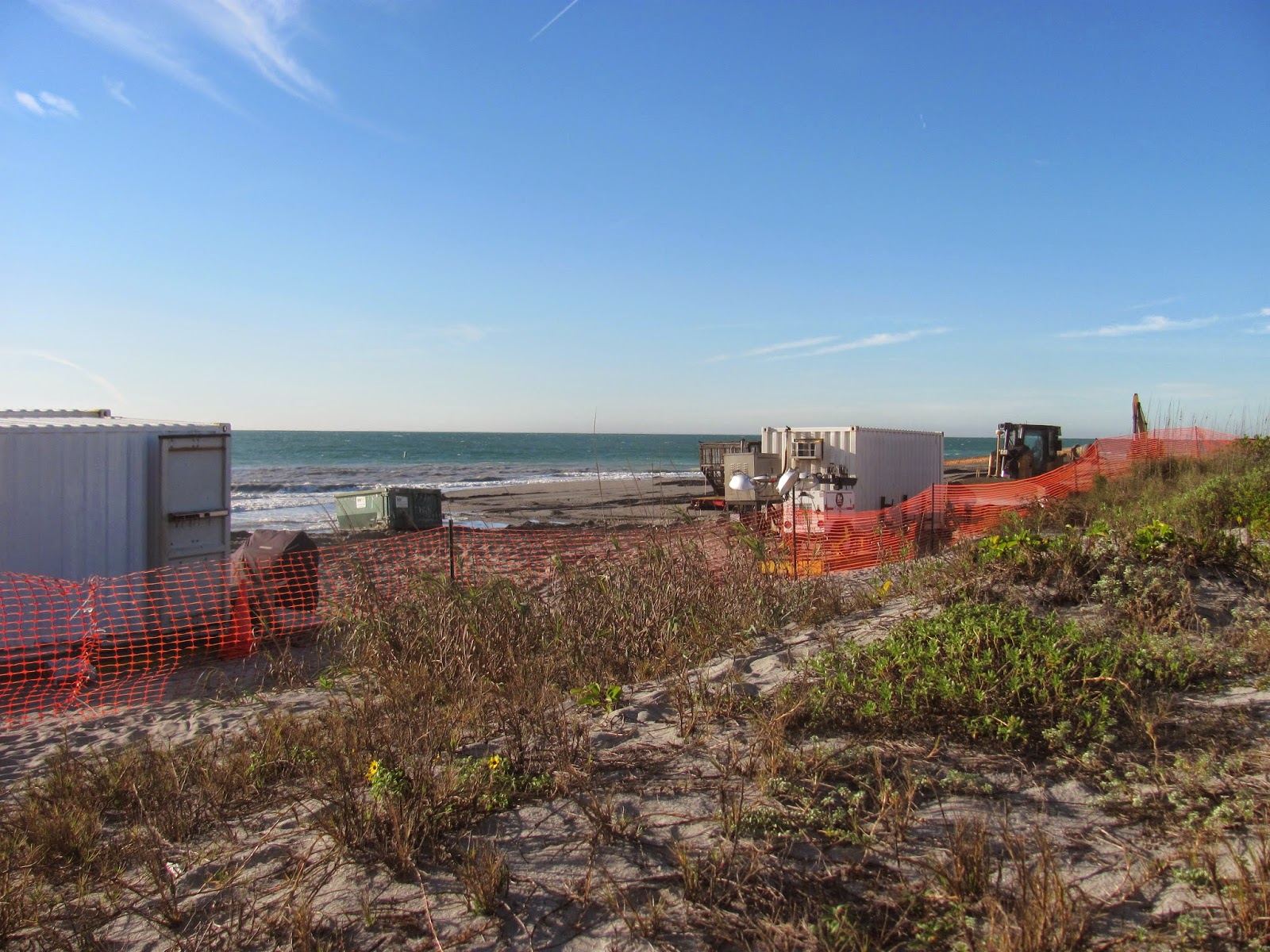 So our idyll was temporarily disturbed by various items of heavy machinery, all making a loud noise and bleeping mercilessly through the night. 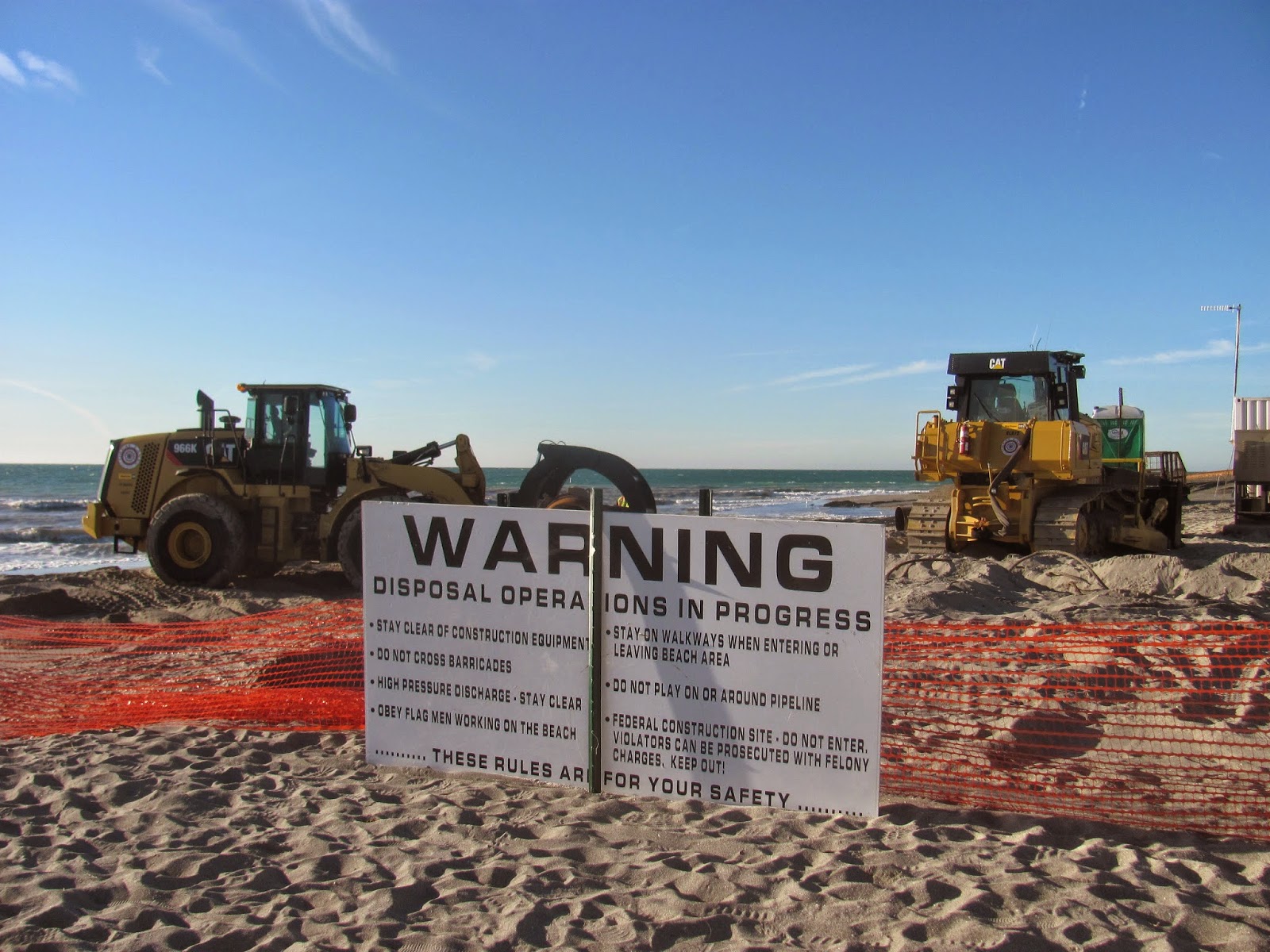 While a couple of miles out to sea, fresh sand was being sucked up and channelled through a giant pipe, to be dumped on the beach. 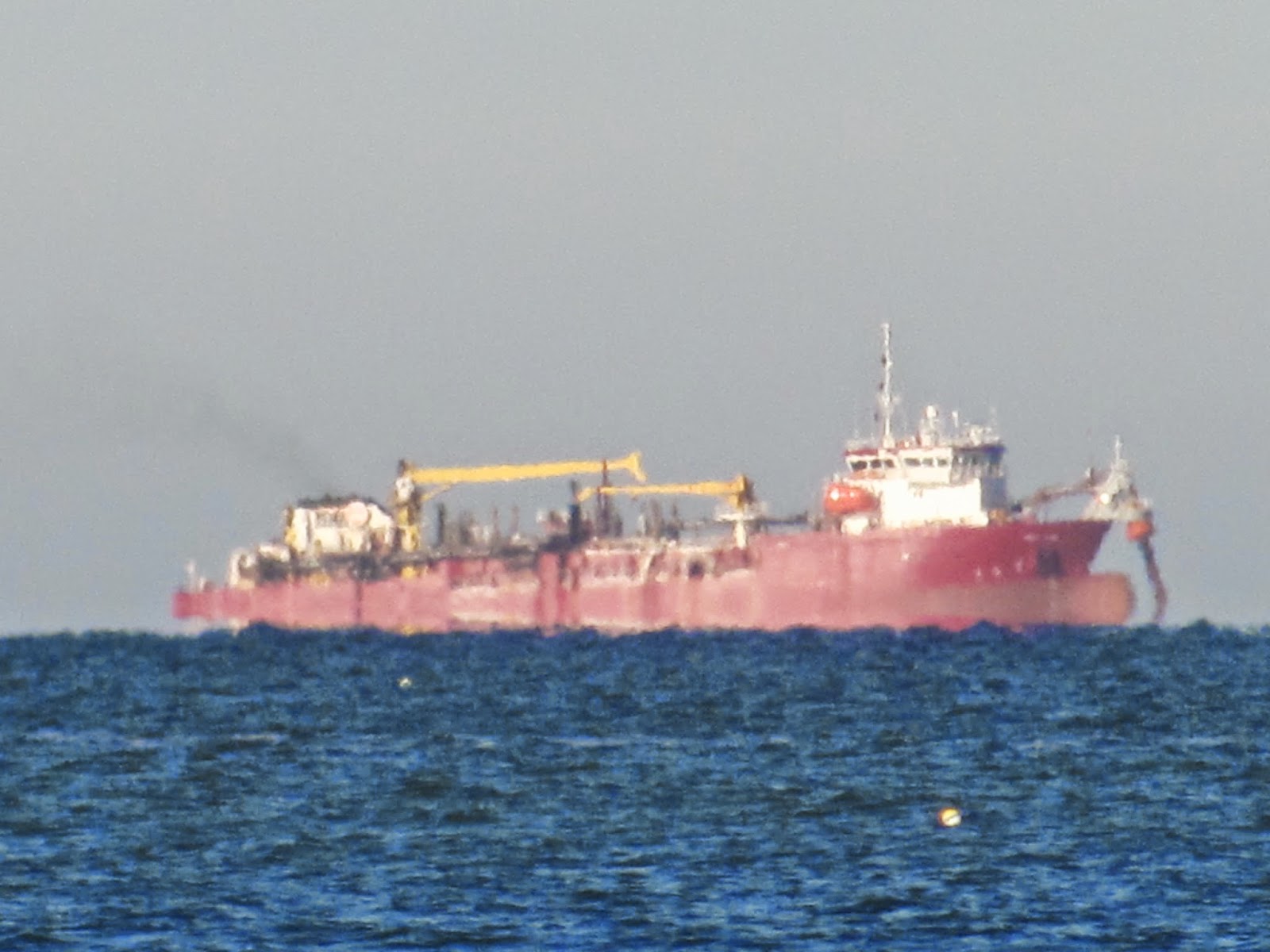 The lads didn't seem to mind though. On the contrary, it seems they'd discovered a new restaurant. 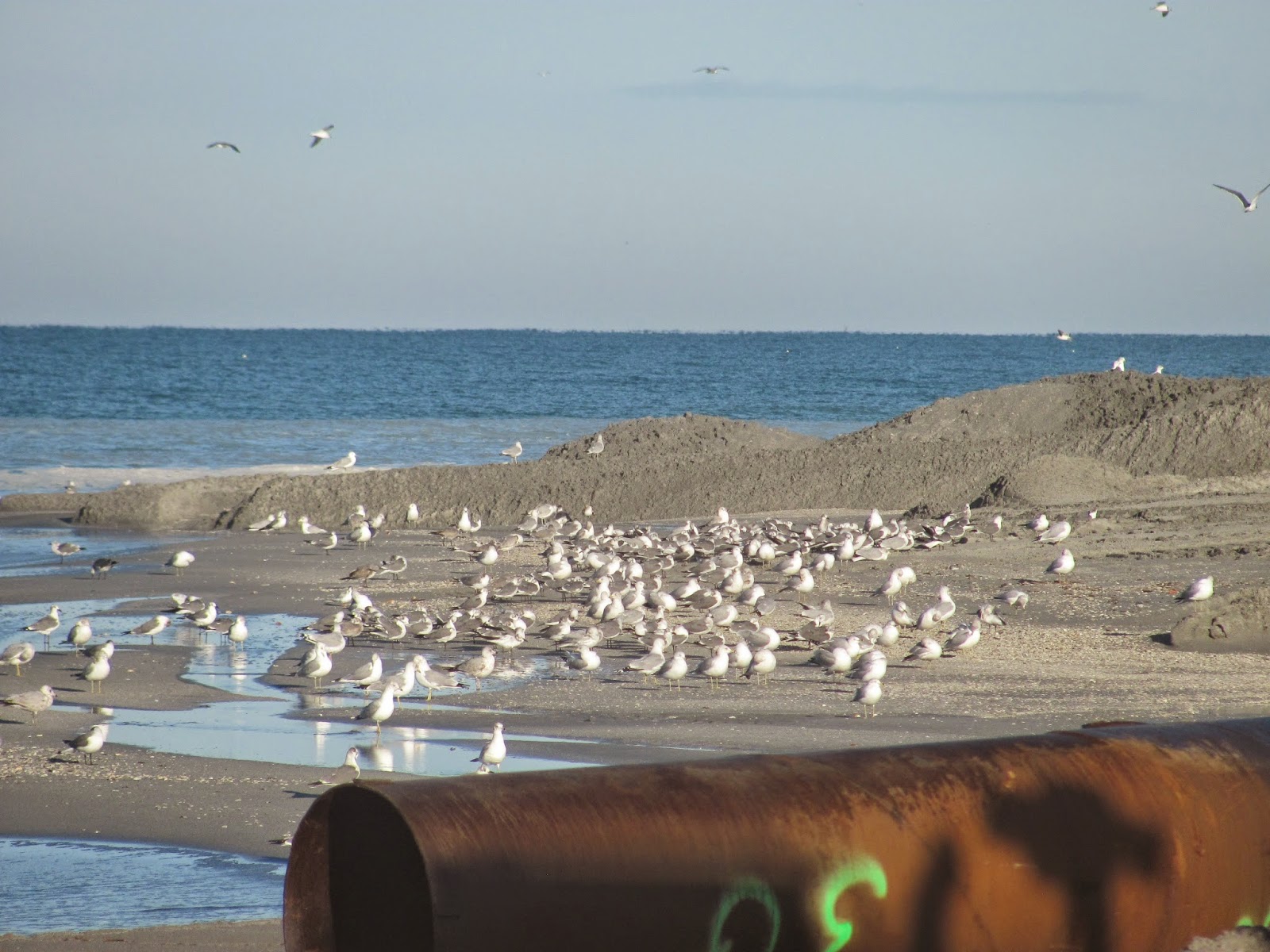 The machines have now left us alone but probably not for long, as they've got a lot more beach to do and they work very slowly.
So far the results are impressive and there's now a bit more to Golden Beach. 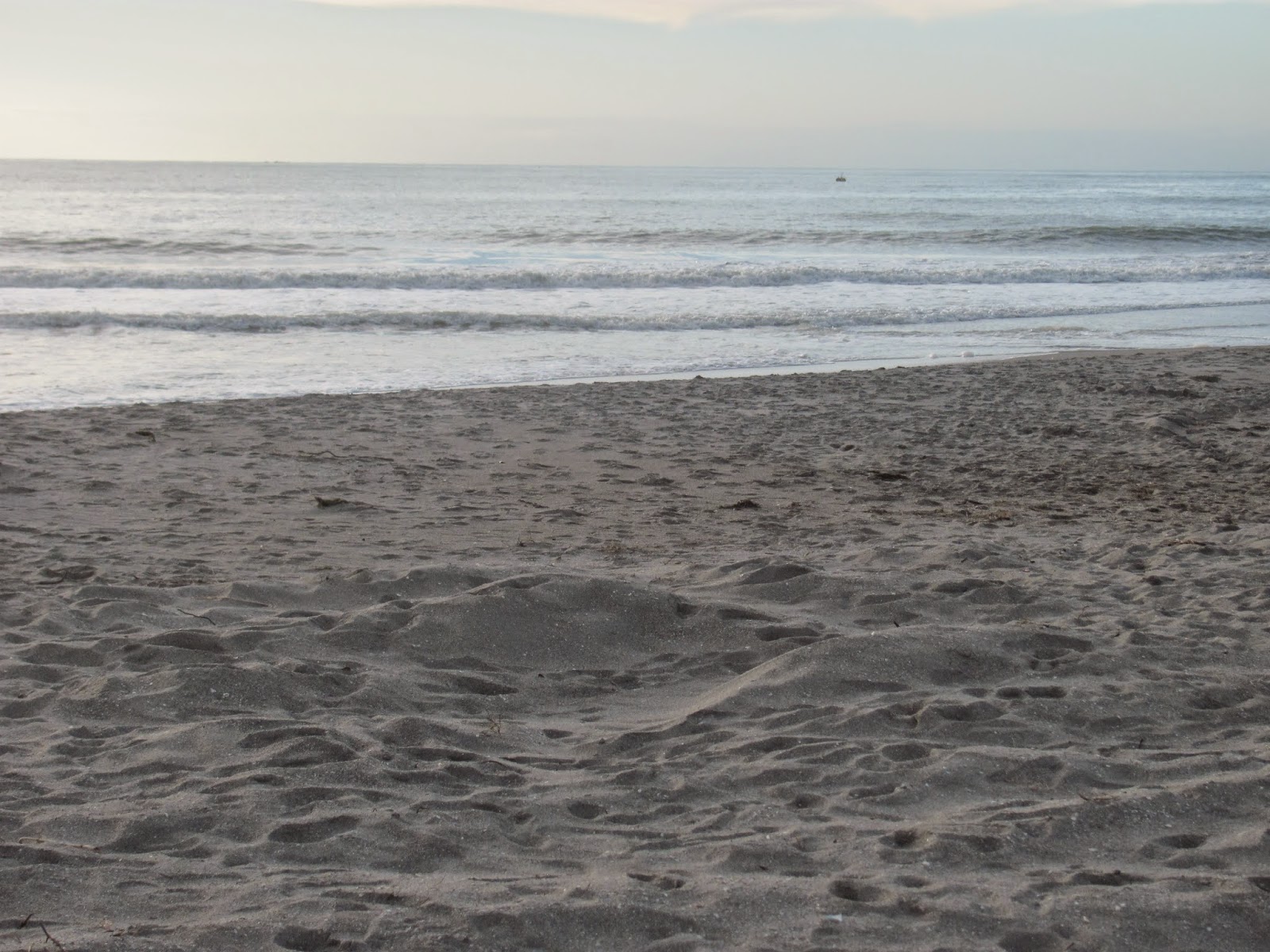 Incidentally you might wonder why they do this in high tourist season - ie in winter. It's because, in the spring, they'd disturb the turtles. Turtles before tourists any time. Nice to know they've got their priorities right, my neighbours say. The tourists might have a different opinion.
Posted by Alenka at 6:40 PM