Little Town in the Snow

I mean, City. I keep forgetting that Olean New York is in fact a city, even though it's about the size of Woking. 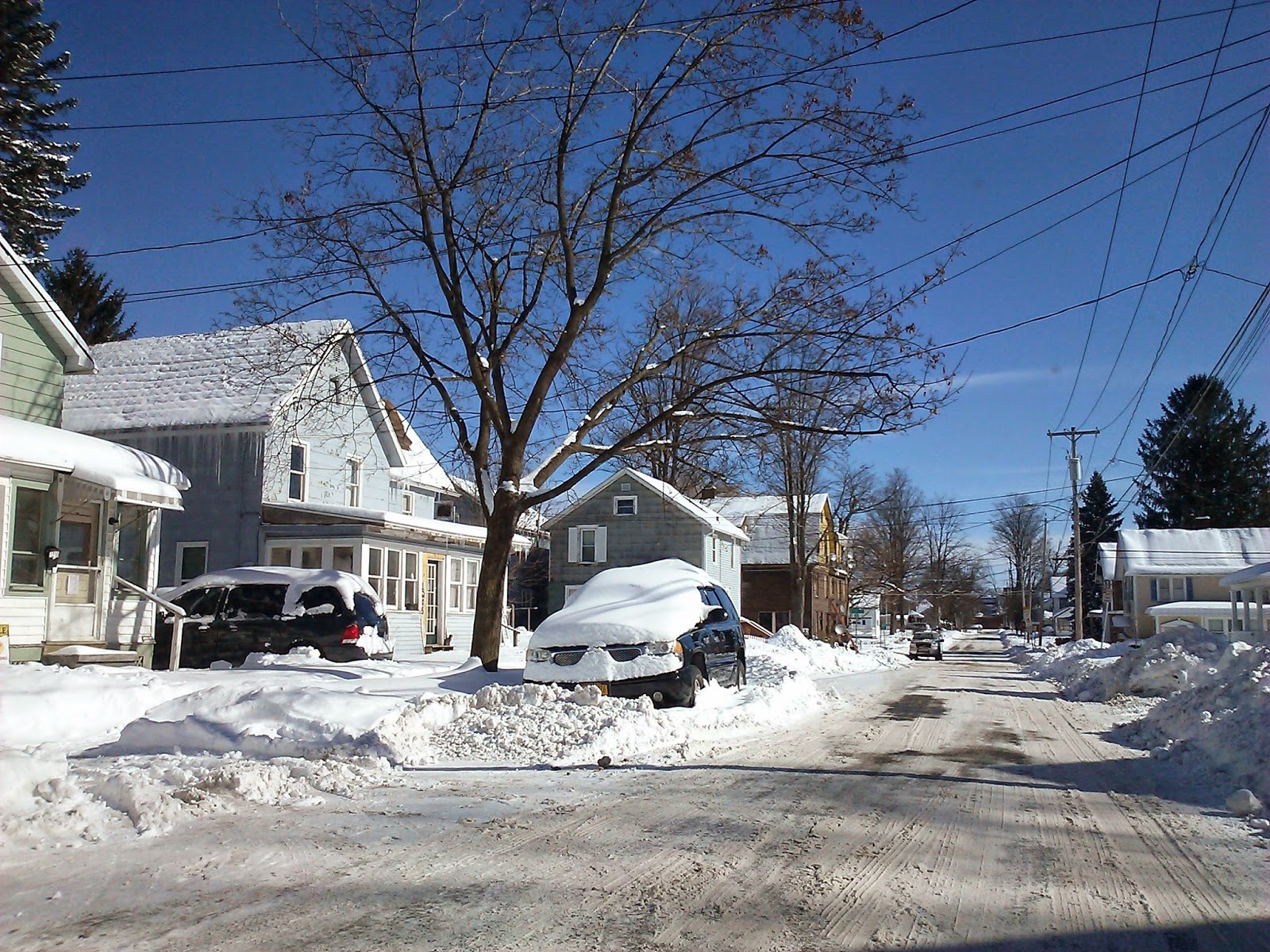 Currently most of the streets, with their sweet wooden houses look like this. 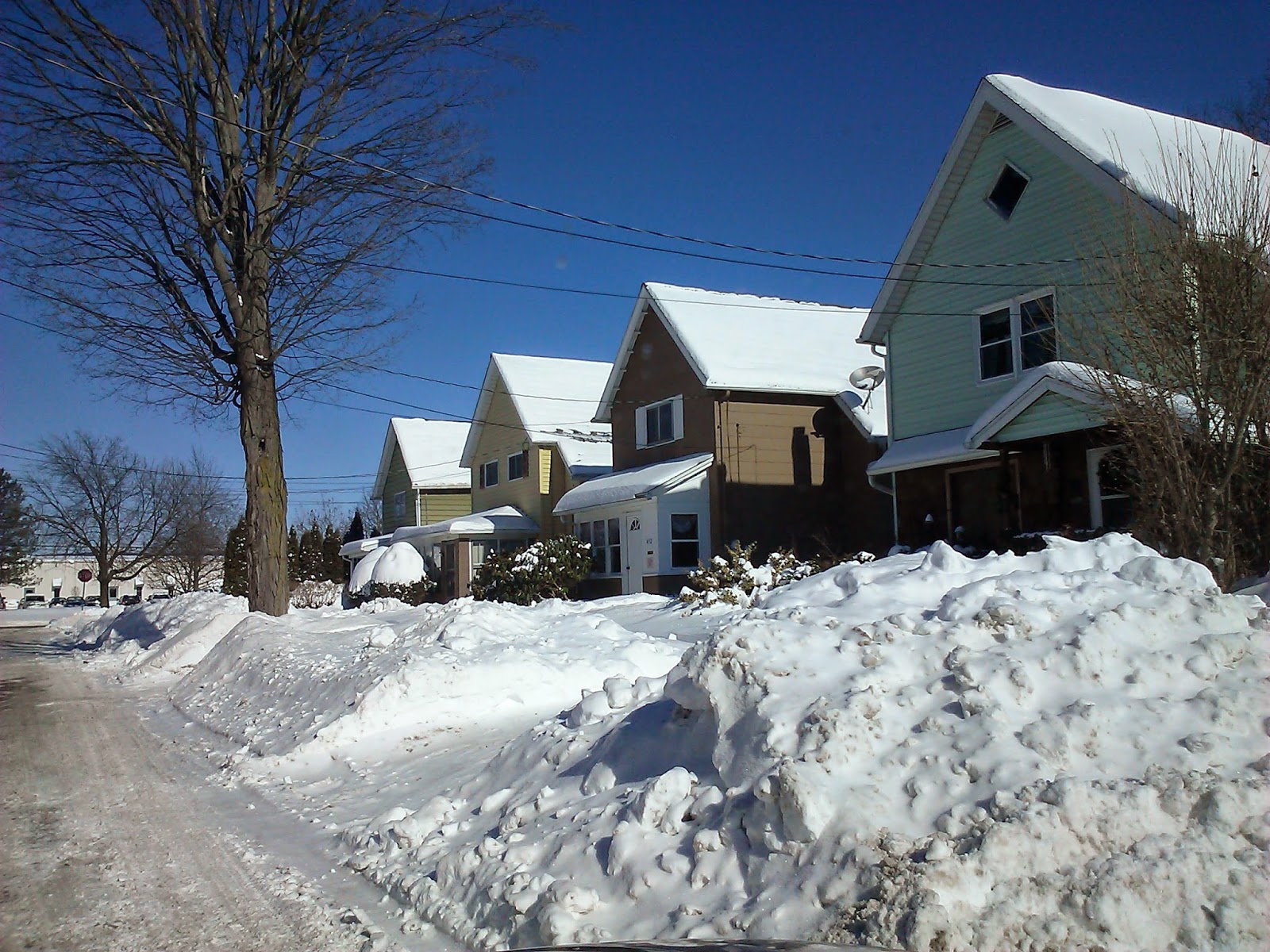 The bushes capped with white are a picturesque touch. 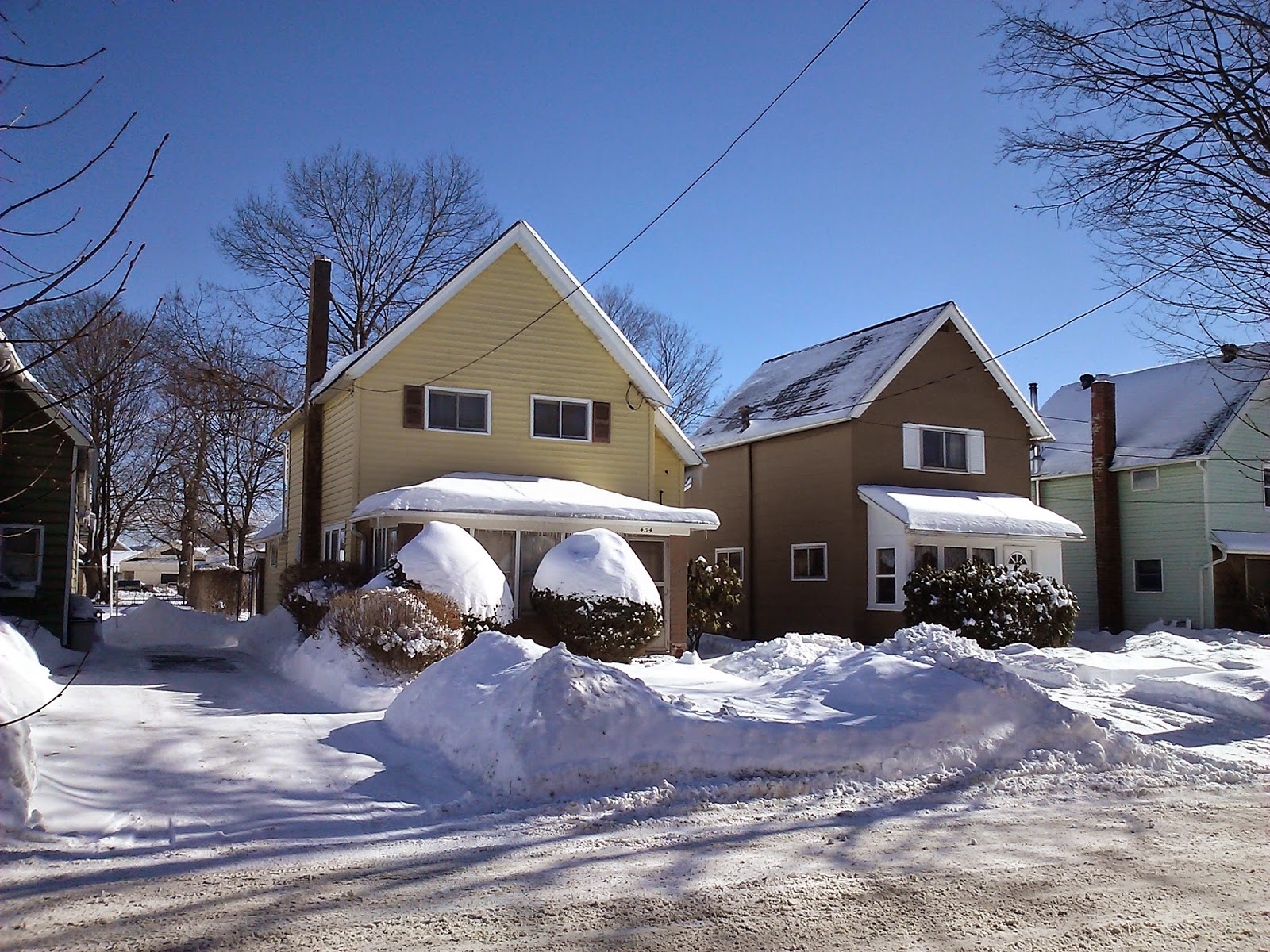 And this is the YMCA car park. Looks almost like Buffalo's Snowmageddon a few weeks ago, 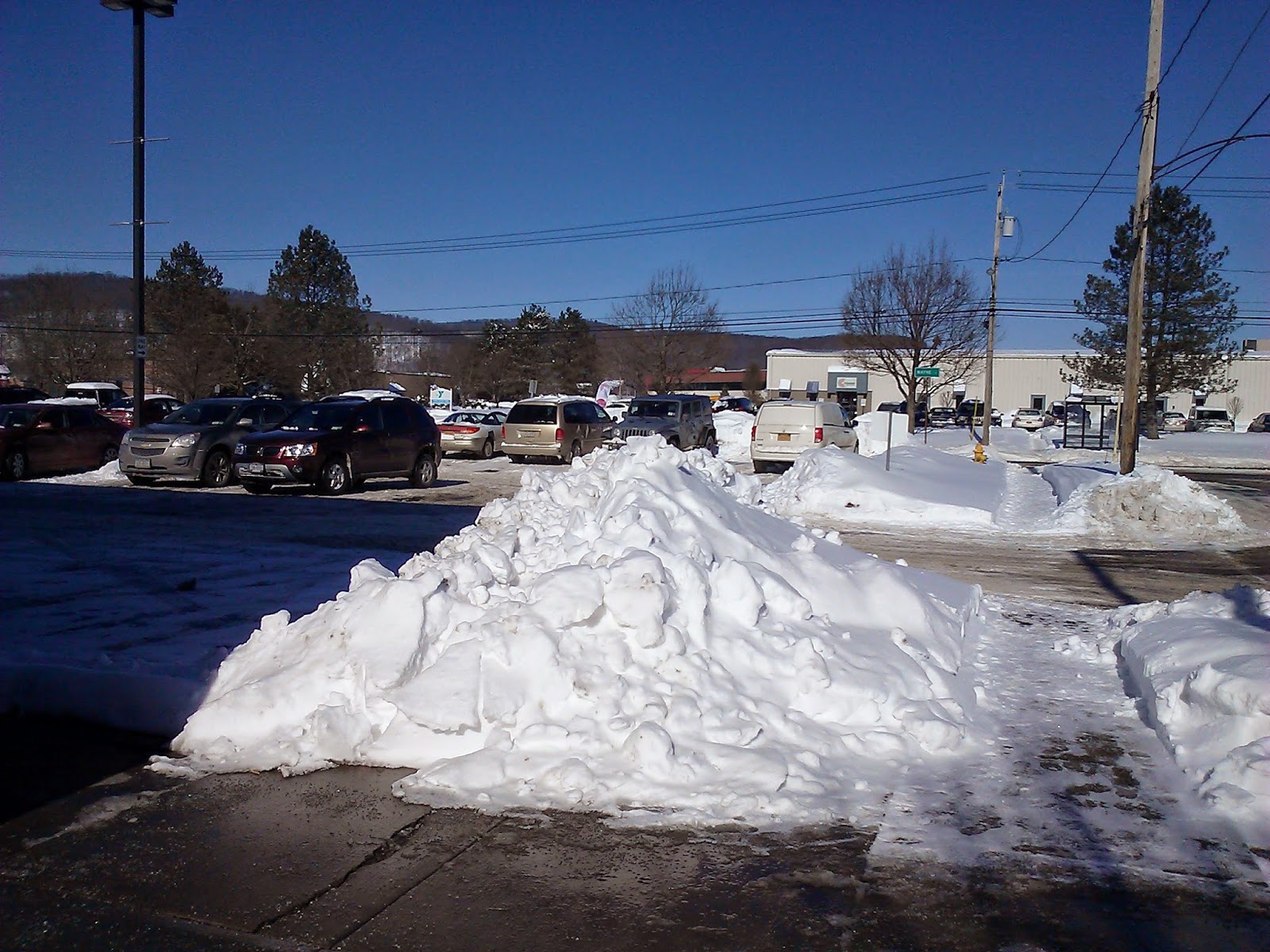 So the massive storm that the wimps in New York city were so terrified of and which never materialised, came to us instead.  I have rediscovered the pleasures of snow-shovelling. In fact I was rediscovering the pleasures of snow-shovelling a couple of days ago and nearly killing myself in the process. I'd just finished when the helpful neighbour with the snowplough in front of his pickup truck showed up with a smile and a wave.
Posted by Alenka at 2:14 PM