On the Road 9: I Meet an Old Friend

Hershey Pennsylvania - home of the chocolate that's, well, not quite Cadbury's and also of the Antique Auto Club of America museum.  Of course, because it's Hershey, they have to have a Kissmobile outside. (Hershey's kisses are to Americans what chocolate buttons used to be for us.) 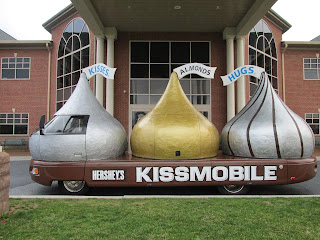 Do you want to adopt this vinatge snowplough? I thought not. But if you wanted to, you could. They'd be delighted if you paid for its upkeep. It might be useful for scaring off burglars. 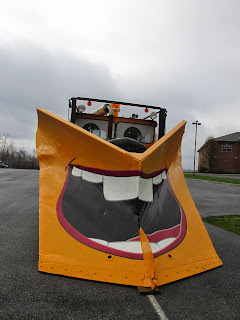 In an otherwise anonymous building, the car weathervane is a nice touch. 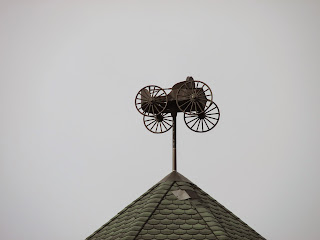 Wonder of wonders, they had a British Lotus exhibit! (Well actually that's why we stopped by). Some of the cars were not quite what British people would describe as "antique" - another one of those words that means something different across the pond. 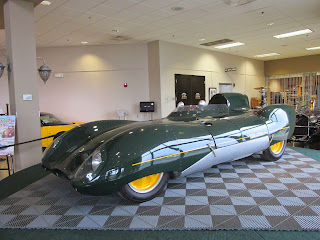 This was in the foyer. We thought that would be it but there was more inside. 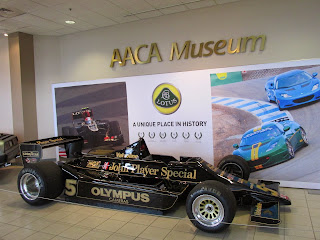 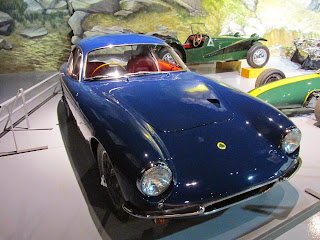 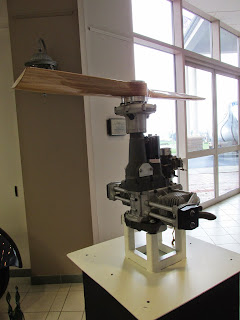 Here's a Europa, as once owned by Georgie Best of blessed memory, though I think his was white. 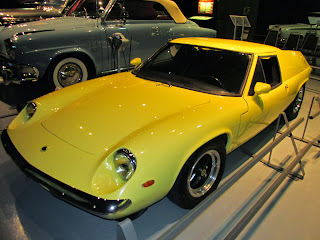 Another of my favourites... 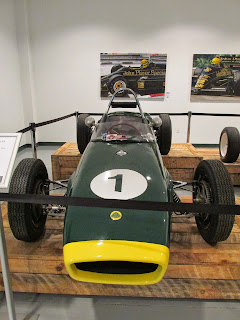 As was this sweet Elan 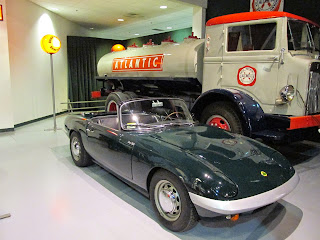 Nicely displayed in an old garage setting. Someone must have had fun putting this together. 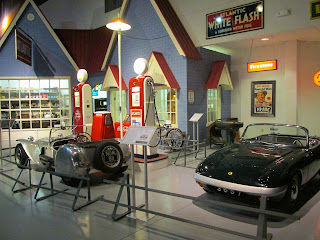 As for the red one - I could have taken it home with me if I wasn't being disloyal.. 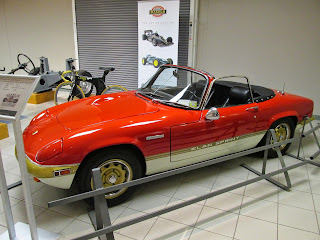 Because there was my baby! (His counterpart, which I've owned for 20 years, currently resides in London and is much missed.) I'm ashamed to say I felt the odd tear looking at him.) 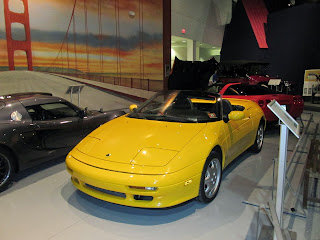 They really did have fun.. these cars were displayed against a background which I'think was meant to be the rolling  English countryside. Someone should have told them that Norfolk is flat. There was also a fascinating video playing, narrated by a nice, plummy English voice. 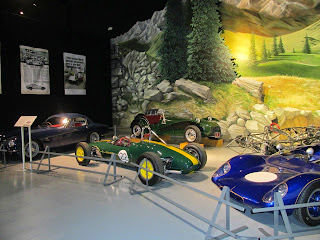 And here was a genuine Lotus chassis. Apparently it was one of the most popular exhibits for the Lotus enthusiasts. Their only complaint was that it wasn't placed prominently enough, it being the Essence of Lotus. 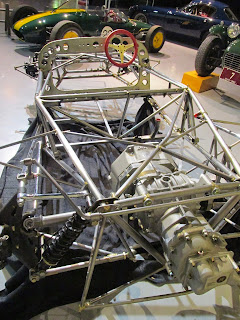 "That's my car!" I'd said to the guide about the Norfolk Mustard Elan. Perhaps he was touched because he was kind enough to take me behind the scenes to look at the Pierce-Arrows, temporarily stored to make room, so I could take some snaps for hubby. 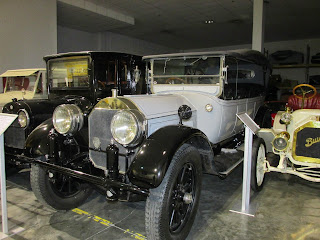 Pierce-Arrows were made in Buffalo, western New York's metropolis. . They were the Presidential and celebrity cars of their day. Exquisite in every detail. 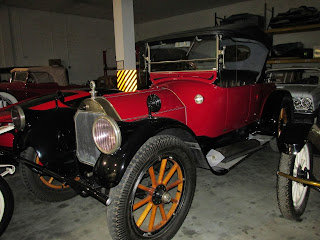 This one even had a child seat in front. 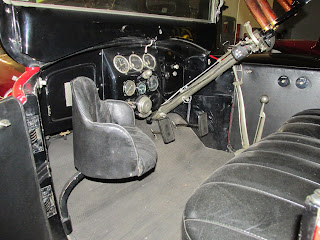 And the white one belonged to Marlene 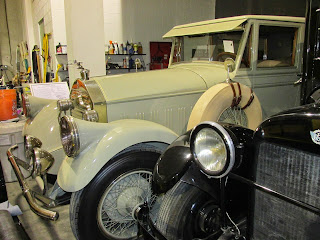 They brought in special silver for the fabled archer. 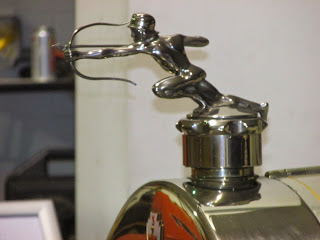 There were all sorts of other goodies like this 1912 Stearns-Knight. 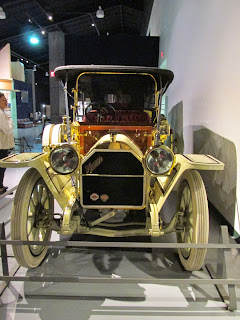 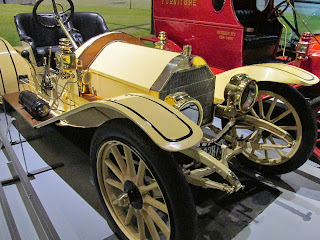 And an 1895 Benton Harbor Motor Carriage. Too bad we don't call them that any more. 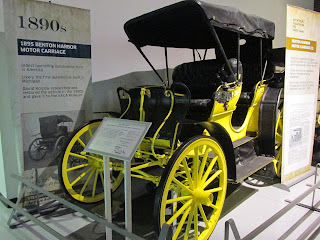 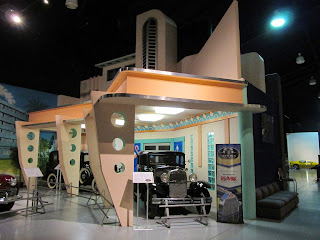 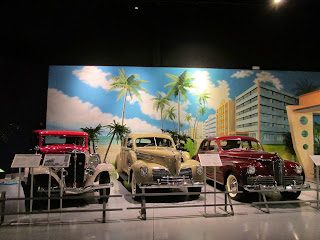 That one's available for adoption too. 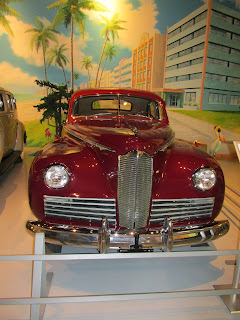 This is a barn door, owned by the Tucker family. 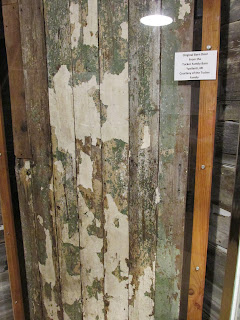 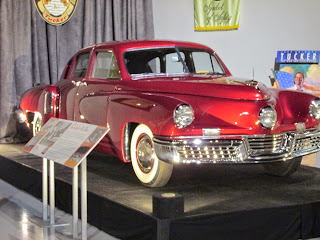 Well back we went to the bland box on wheels that's a modern car.
Posted by Alenka at 1:00 PM