Back to the road trip and UPDATE approaching the END UPDATE crossing into North Carolina, the scenery wasn't too promising. 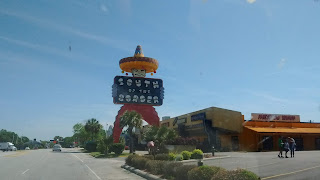 That's why we tend to stay off the main roads. 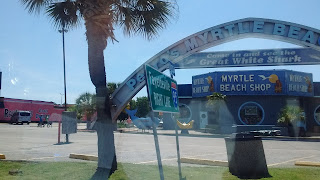 Note the sombrero stuck on the billboard to the right. 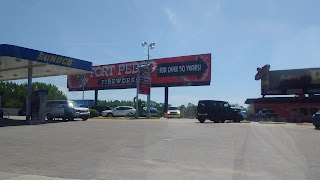 We stayed the night in a place called Suffolk, which was quite near Norfolk. There were a lot of very tall girls staying at our hotel. They turned out to be a basketball team and we wished them luck.
We're now becoming old hands at negotiating the Chesapeake Bay Bridge-Tunnel and after we got across, relief from concrete and kitsch was at hand from the Cape Charles Coffee Shop. 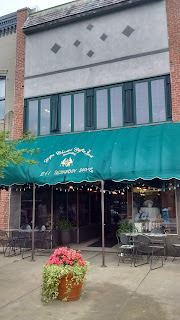 The interior had a lot of wood and old balconies and the waffles were spectacular. We mentioned that, as we came into the village, we'd seen this sign. 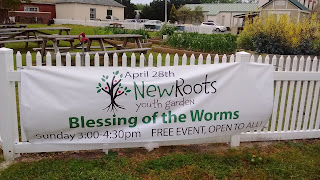 What on earth was the Blessing of the Worms?  It turned out not to be an ancient ritual dating back to mediaeval times in some village in the Carpathian mountains but a little fun to encourage the youth of the village to take up gardening. The "Youth Garden" was looking good. 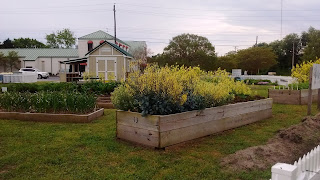 Further on and more of what we really like to see. 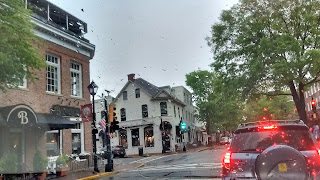 A touch of Olde England, even down to the rain. 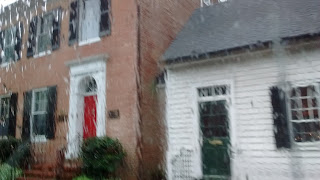 And the street names. 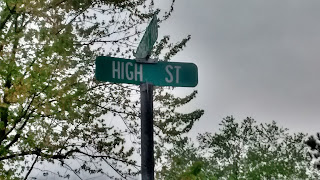 And towns like Oxford and Cambridge.
But before that, we were out to spot some slightly bigger wildlife.

(The update is to assuage the feelings of North Carolinans, who wouldn't like you to think that all this stuff is on their side of the border...Thanks to the helpful reader who pointed this out.)
Posted by Alenka at 9:22 AM