**UPDATE!** Definitely a lump of coral, as I'm told by our local expert. A nice specimen, he said. Well in Slovenia there is a saying "the blind chicken finds the grain.."  I just call it beginners' luck.

A hit-and-run storm blew in last night. Blink and you missed it,  though it caused a lot of damage in "the south" (that is north of us!). Fortunately the worst that happened to us was the outside dustbin blowing over, though the rain came down like Niagara Falls.
The beach this morning was exhilarating 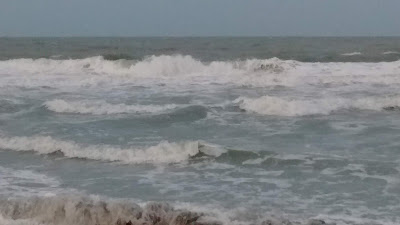 The surf doesn't look that spectacular, though it made a lot of noise and the wind nearly blew my ears off. And it was mercifully free of dog walkers, though pelicans and seagulls were enjoying being blown about by the gusts. Various debris had ended up on the beach, including several coconuts 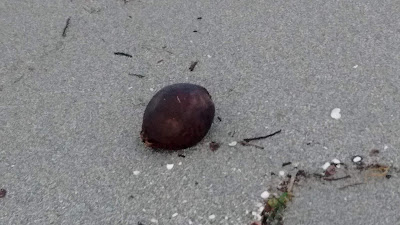 And this mysterious object 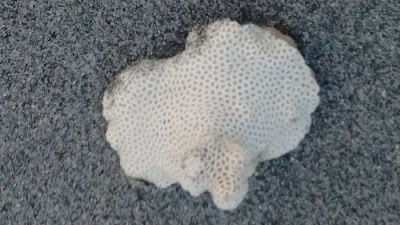 It was about 6 inches long and weighed quite a bit. Here's another shot of it sitting on our drive. 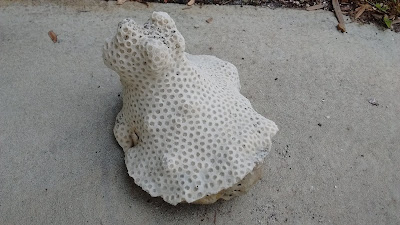 And here's the underside. 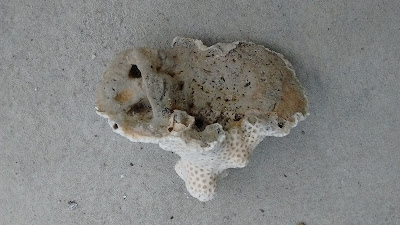 A lump of coral? A bone? A fossilised mushroom? Who knows?
Posted by Alenka at 5:15 PM