The airport had an unusual visitor at the weekend. 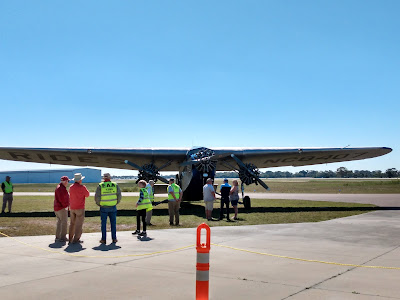 The Ford Trimotor plane was the very latest in modern technology - in the 1920s. 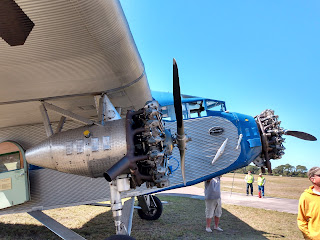 For one thing it was built out of metal (and was nicknamed the "Tin Goose"), not canvas and string and would have raised some oohs and aahs at the time. Travelling across country then took a couple of days or so in a very basic cabin without air conditioning (as they made a point of telling the Florida audience.) 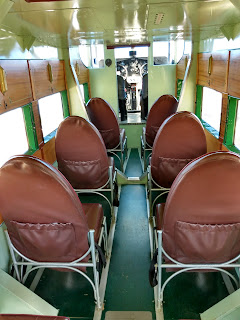 - which meant that if you wanted things to get cooler you just went up a little. If things got too cold - well you had to remember to bring your fur coat. It did have some nice wood panelling though. 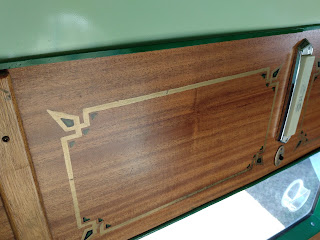 Incidentally, in 1930,  a Trimotor carried the first cow to ride in a plane, a Guernsey called Elm Farm Ollie - in a publicity stunt she was milked en route, the milk put in cartons and parachuted to spectators below.
And here's the back of the cabin. The seats are a natty shape. Let's hope Ollie remembered to fasten her seat belt. 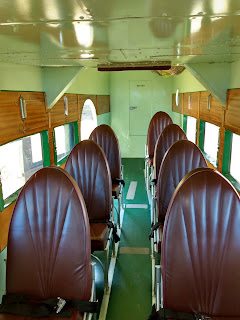 The cockpit may not have been that high-tech but still looked complicated enough. 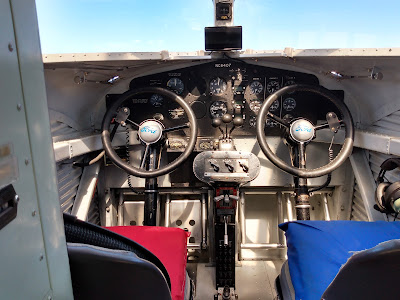 Here's a close-up from the pilot's seat 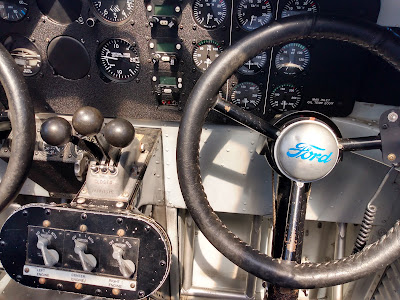 or the co-pilot's.  Not sure how this worked but it looked important. 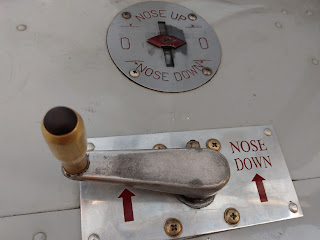 It may not be the most beautiful plane ever built 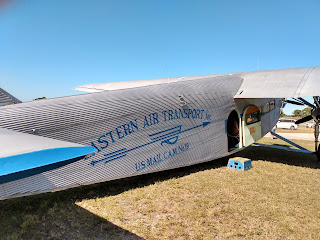 But it did of course have three engines 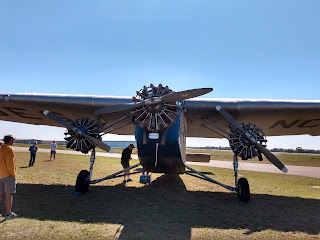 Which must have been reassuring. 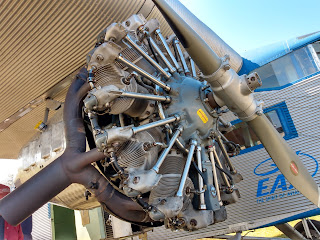 In those days you found your way with the help of arrows painted on the ground. And since there were few airports, you often had to land in a field. But the plane had a secret weapon. It could take off extremely quickly from a short distance, almost like a harrier.
This particular one 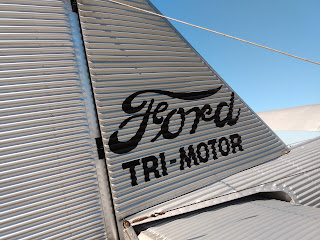 built in 1929, was used during its long working life first as a mail and passenger plane, including a route from Miami to Cuba, then for barnstorming, smoke-jumping and crop-dusting.  Now it's an ambassador for the Experimental Aircraft Association a group of aviation enthusiasts and gives rides. Not being as brave as I used to be and though the Trimotor's engines were modern and it displayed a prominent certificate of airworthiness, I decided there are enough things waiting to kill us in this world without tempting fate.
Several people however had forked out 77 dollars each for a jaunt along the coast and I'm sure they had a wonderful time.
We contented ourselves with watching it rev up 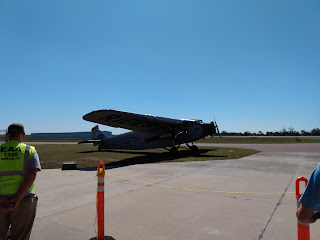 and taxi off. And sure enough, it was in the air in just a few seconds. 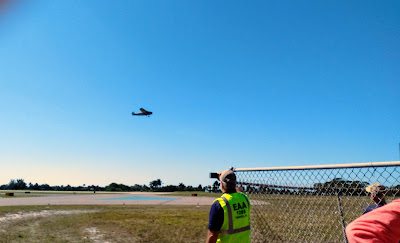