Shamrocks, Snakes and a Tortoise or Two

After our British Pub lunch we checked out Shamrock Park, which sounds as though it should be a genteel bit of suburban greenery with a duckpond and a bandstand. In fact it's a real wilderness. 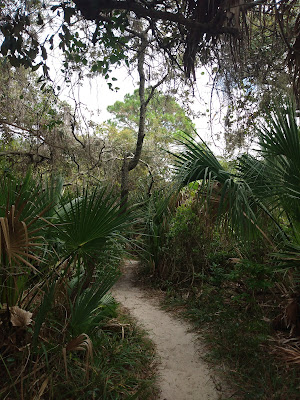 That's one of the good things about Florida. It gets more built up by the minute, with new gated communities popping up all over the place but they can still be cajoled to leave some wilderness behind. Shamrock Park sits alongside the intracoastal waterway, which divides Venice Island from the mainland. 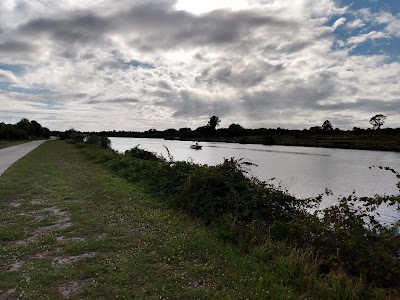 I once overheard a chap at the farmers' market who claimed there were Komodo dragons in Shamrock Park. Possibly, possibly not. "Perhaps he meant iguanas", my neighbour said. Iguanas being those giant lizards from down south that fall out of trees in the winter, frozen solid, but then perk up again when it gets warmer. We once saw one the size of a dachshund waddling along the pavement in Palm Beach. It gave me a turn, I can tell you.

We didn't see any iguanas - or Komodo dragons - in Shamrock Park but we did see a small snake. 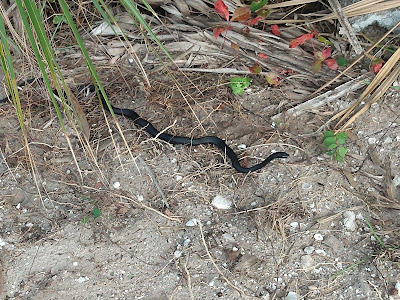 Which was quite enough excitement for one day. Of course the other famous inhabitants of Shamrock Park are my old friends (see below) the gopher tortoises, with all the rules and regulations surrounding these most mollycoddled of Florida's fauna. 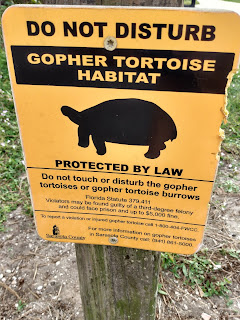 In fact we hadn't even got to the park yet when we saw one inching its way along the middle of the road.  I wondered whether we should stop and help it out of the traffic but that would constitute disturbing it and I didn't want to be sent to Guantanamo Bay. I hoped it could muster a turn of speed if necessary.

Then on the path by the intracoastal waterway we saw another one, ...evidently looking for some lunch. I wanted to point it in the direction of the British Pub but sausage rolls probably weren't its thing.