Our Last Sight of Golden Beach... 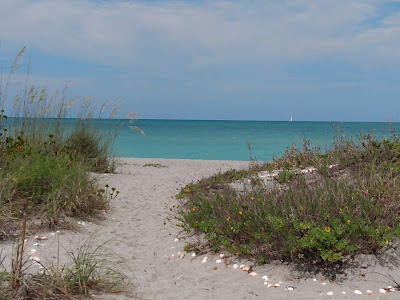 We postponed our journey north until I could negotiate stairs on my pins but now we're off, supposedly saying goodbye to temperatures in the 90s, high humidity and hurricanes. (Actually the temperature in western New York next week is projected to be - yes -  in the 90s. The difference being that it won't be in the 90s for too long and we might still get a frost.)  But staying on in Florida a bit longer gave us a chance to see the Royal Poinciana at the end of the road in all its summer glory. 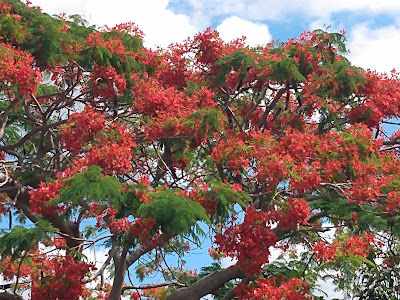 Nothing quite like that up north and we won't be seeing palm trees for a while either. The other day I managed to hobble around the arboretum to see their selection. Prettiest is the Ponytail Palm. 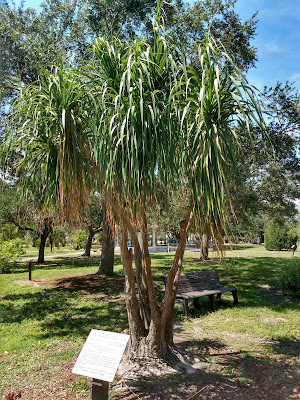 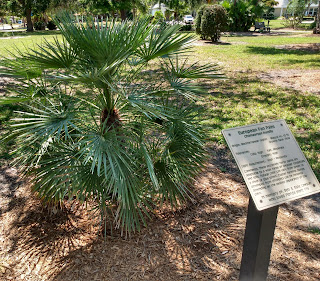 And a Cuban Royal Palm 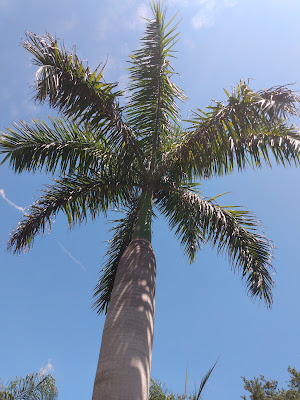 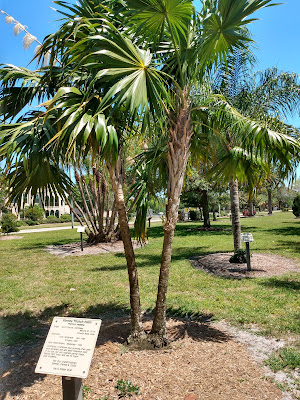 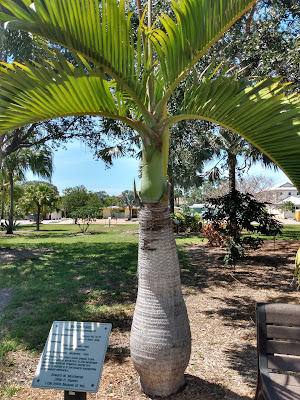 And that's just some of them. They are exotic and romantic but palm trees are a pain in the neck to have in your garden - you have to keep picking up the dead fronds and trimming them is a complicated science. They can look sweet at Christmas though. 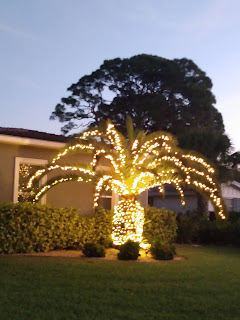 But exotic though they may be, with their palms and palmettos and creepers and live oaks and Spanish moss, Florida forests can't match the forests of the north in beauty. That's something I'm looking forward to.
Posted by Alenka at 4:54 PM