Sister-in-law and I meandered rather more than usual on this year's road trip south. All those wonderful Olde English towns and villages in Pennsylvania and Virginia - we'd like to have spent much more time in all of them. But we were especially entranced by Leesburg, Virginia. Who would have thought we were in the US? 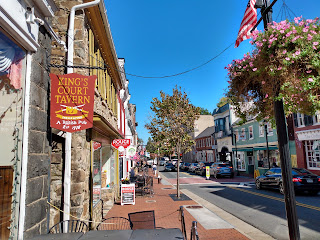 All right, there are pseudo English pubs all over America but this one - and its village street - looked more authentic than most.

Leesburg had also been the home of General George Marshall - he of the post-Second World War Marshall Plan to rescue the shattered European economies - who lived there in a house with the, at least partially, English name of Dodona Manor. 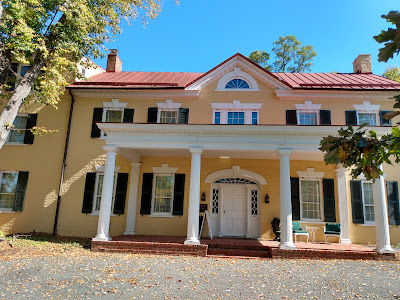 We were shown round by Elizabeth, a delightfully enthusiastic high school student, who had acquired an impressive knowledge of all things Marshall (and a sideline in all things Churchill) - very refreshing to meet someone that age with such an appreciation of history. She should go far.

This was the famous terrace where Marshall sat with his guests, including President Harry Truman. 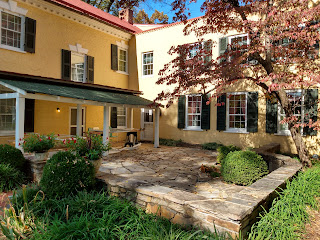 I'm a sucker for exploring museums of the recent past and here almost everything was authentic. You can imagine the General and his wife Katherine relaxing here in the post-war years. Marshall led the American delegation to the Queen's coronation and was the only non-royal to sit at her table. If you look very closely you can see that her photo, next to the vase on the table, carries a black ribbon. She had died just a few weeks before our visit. 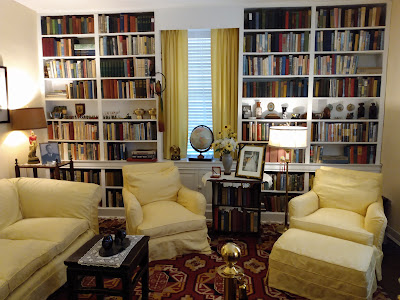 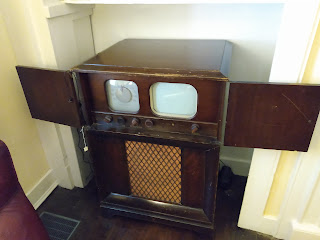 Here was Katherine's hatbox collection, or some of it. 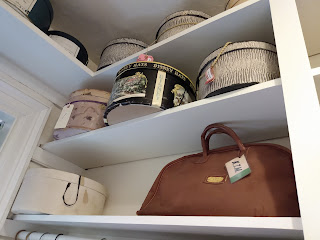 And her tea service. 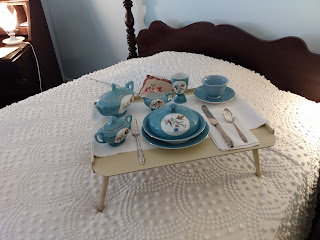 And her hubby's shoes. 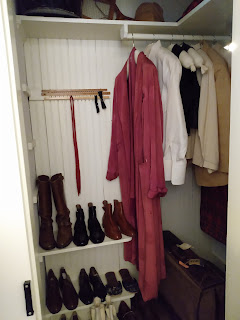 The Chinese parasol (behind the hatpins) was a gift from Madame Chiang Kai-Shek, a frequent visitor. 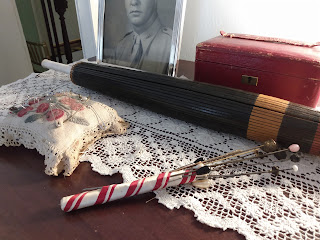 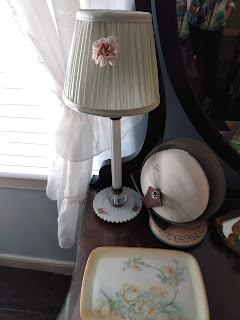 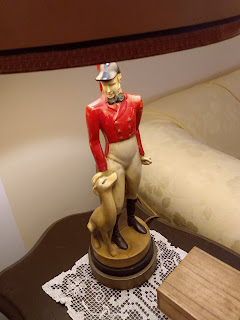 Not to mention the kitchen. 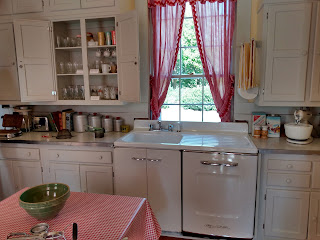 With some appropriate accessories. 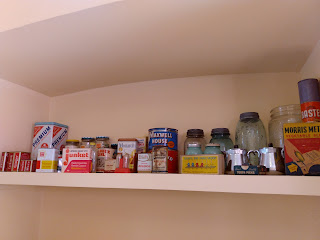 Someone must have had fun designing the displays. 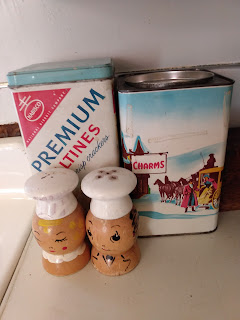 Even in those days Americans had giant fridges. (While the British were still keeping their milk cold on the windowsills...) 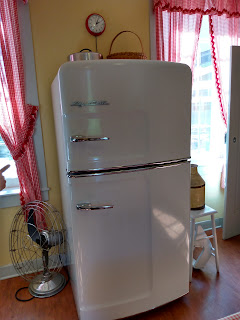 Marshall, who also served as Secretary of State and Defence and won the Nobel Peace Prize,  came across as a decent, modest, principled man who genuinely wanted to do some good in the world  - current politics on both sides of the pond could do with a few more like him.
Posted by Alenka at 3:38 PM