Not Your Usual Florida

We travelled coast to coast, not, sadly along Alligator Alley, which I've always wanted to do but a little further north, along country roads, getting stuck behind the occasional swamp buggy.. 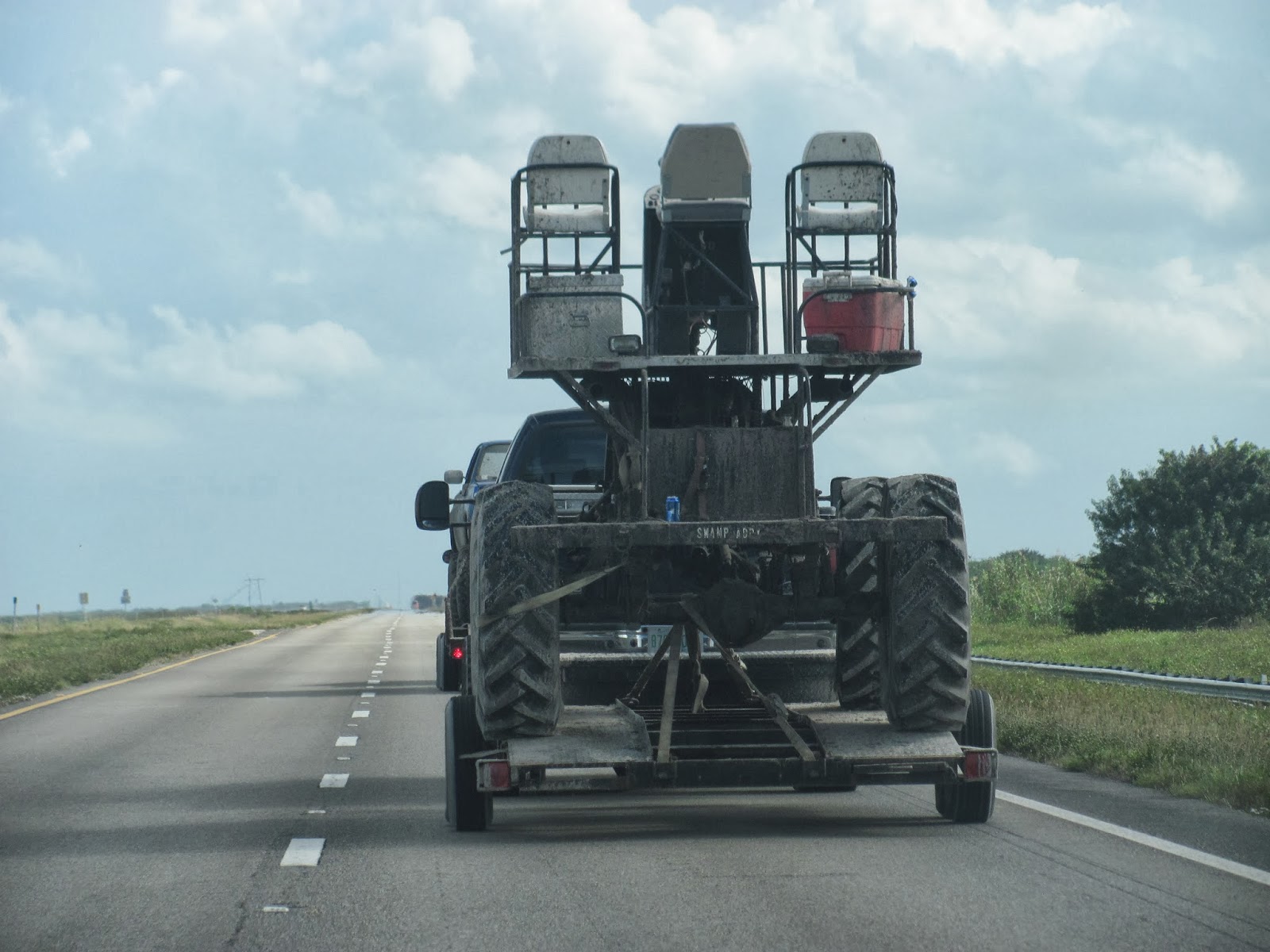 On its way to take tourists alligator-spotting...(I did this once and it was great fun, except there was a drought and the swamp had dried up.)
We passed through a little town called Okeechobee, near the large inland lake of the same name. This part of it, had, I suspect, seen better days. 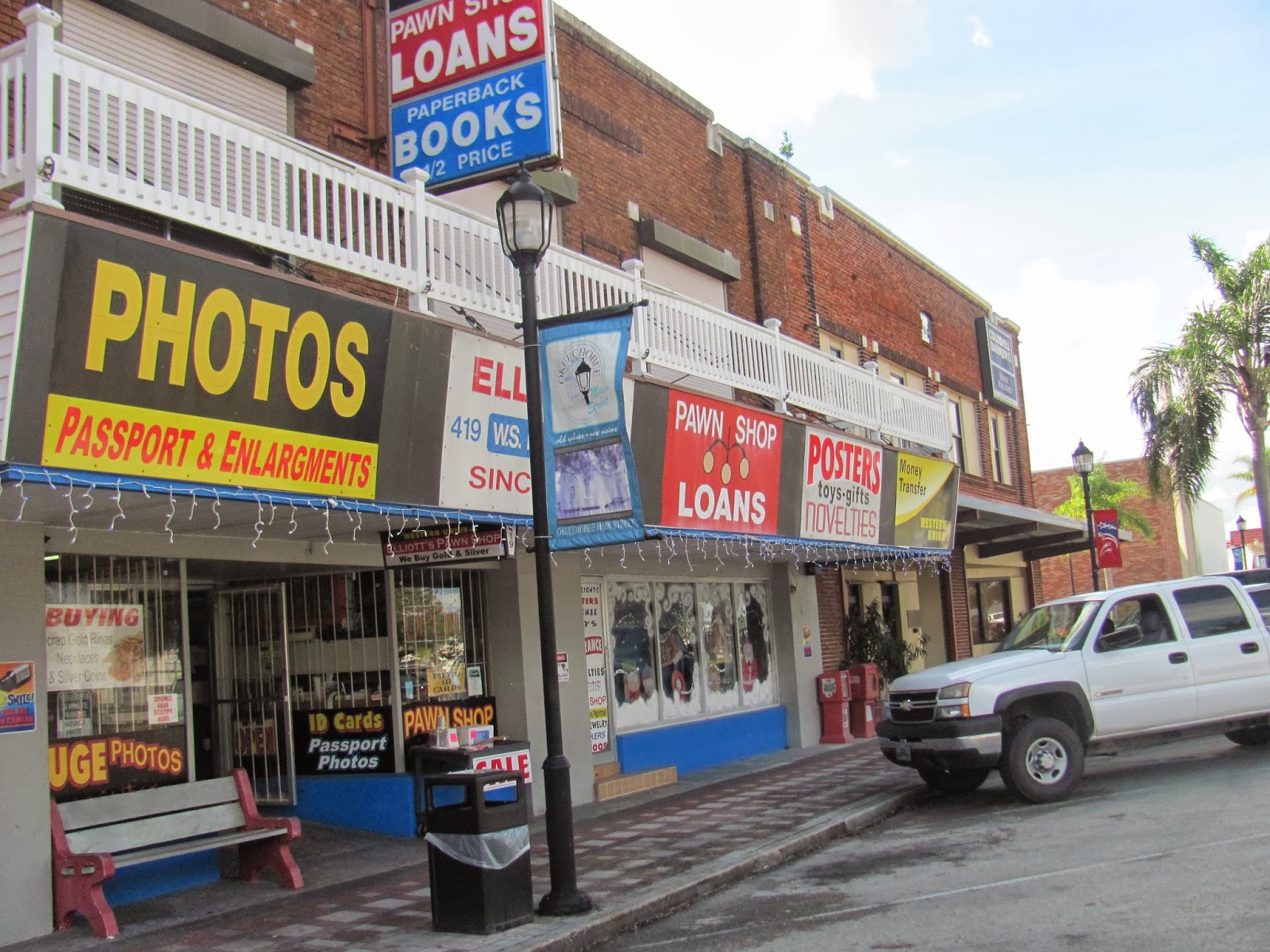 Though there was a green with a gazebo 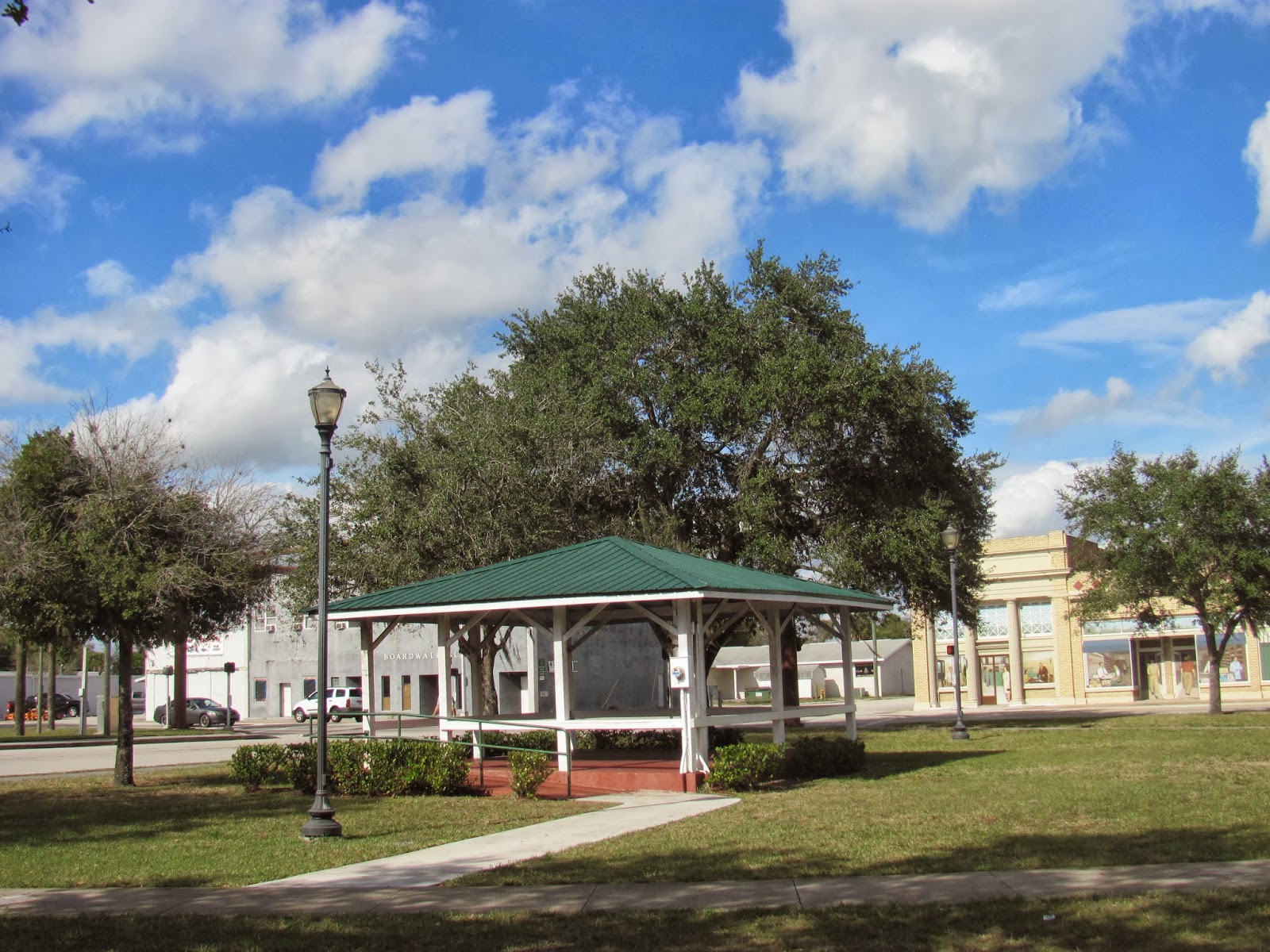 And shops offering a variety of services 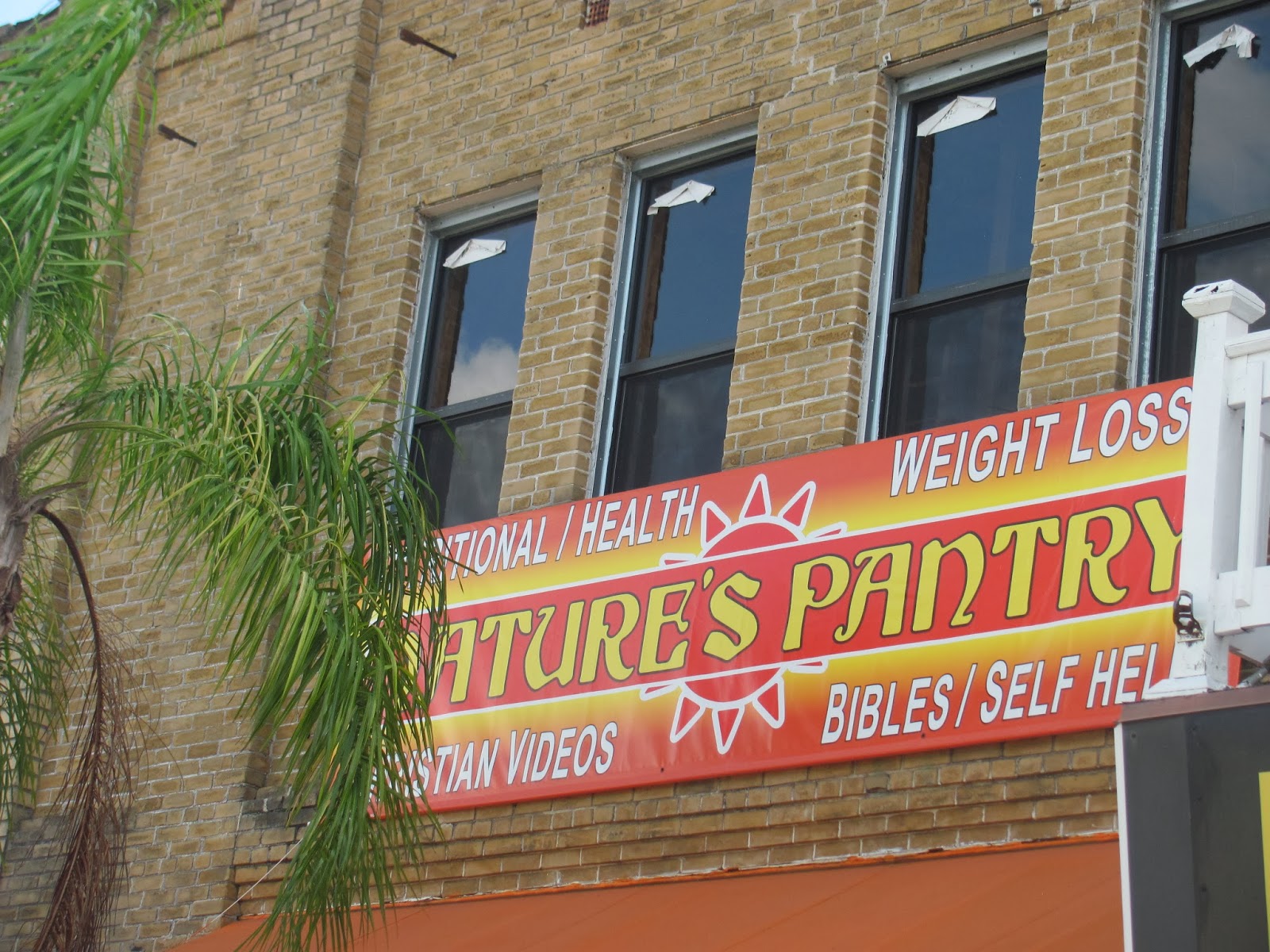 I think this building may have once been a bank 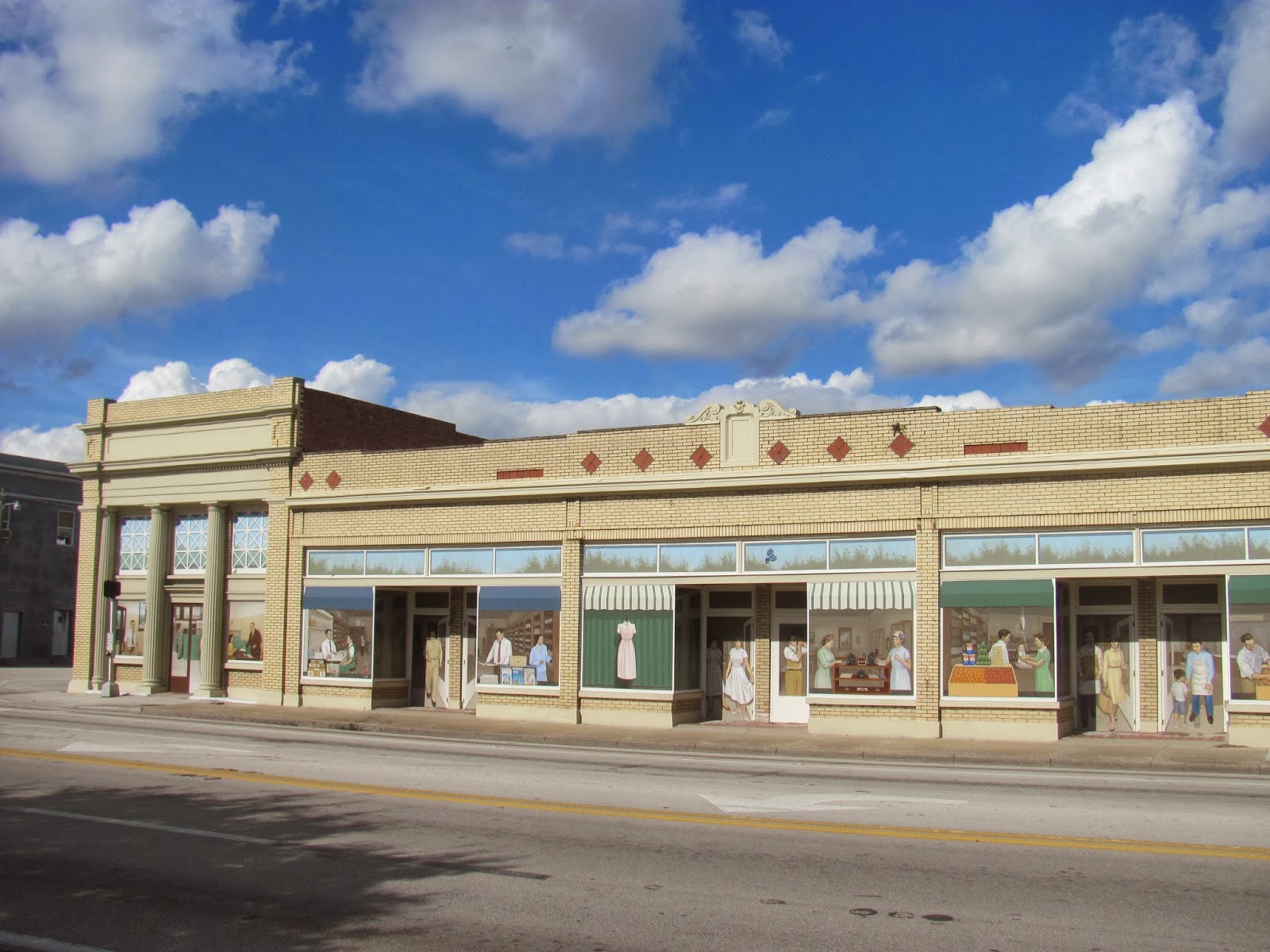 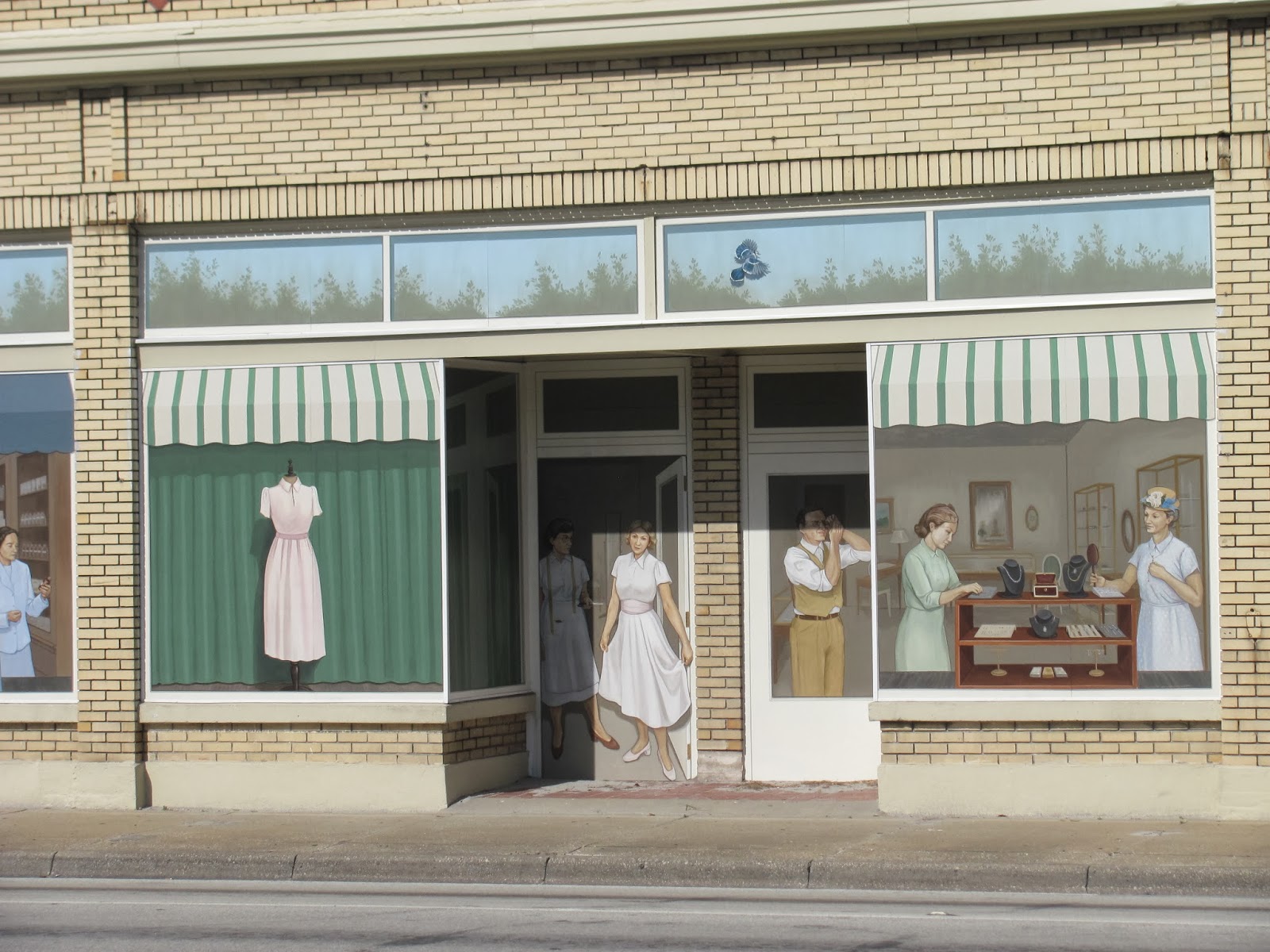 ...of forgotten lives .. see them weighing the baby? 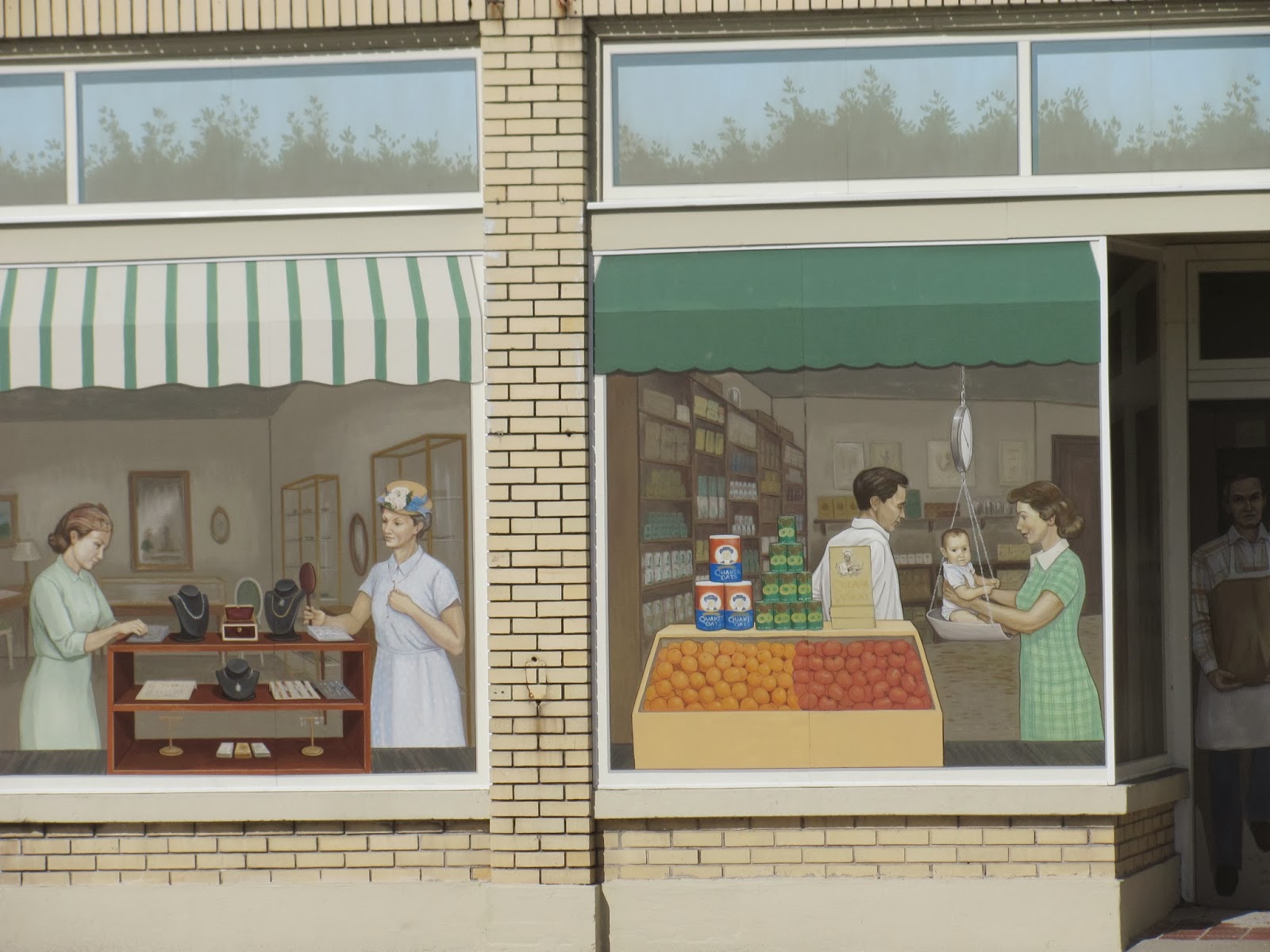 and opposite, a scraggy live oak ethereally draped with the south's signature Spanish moss. 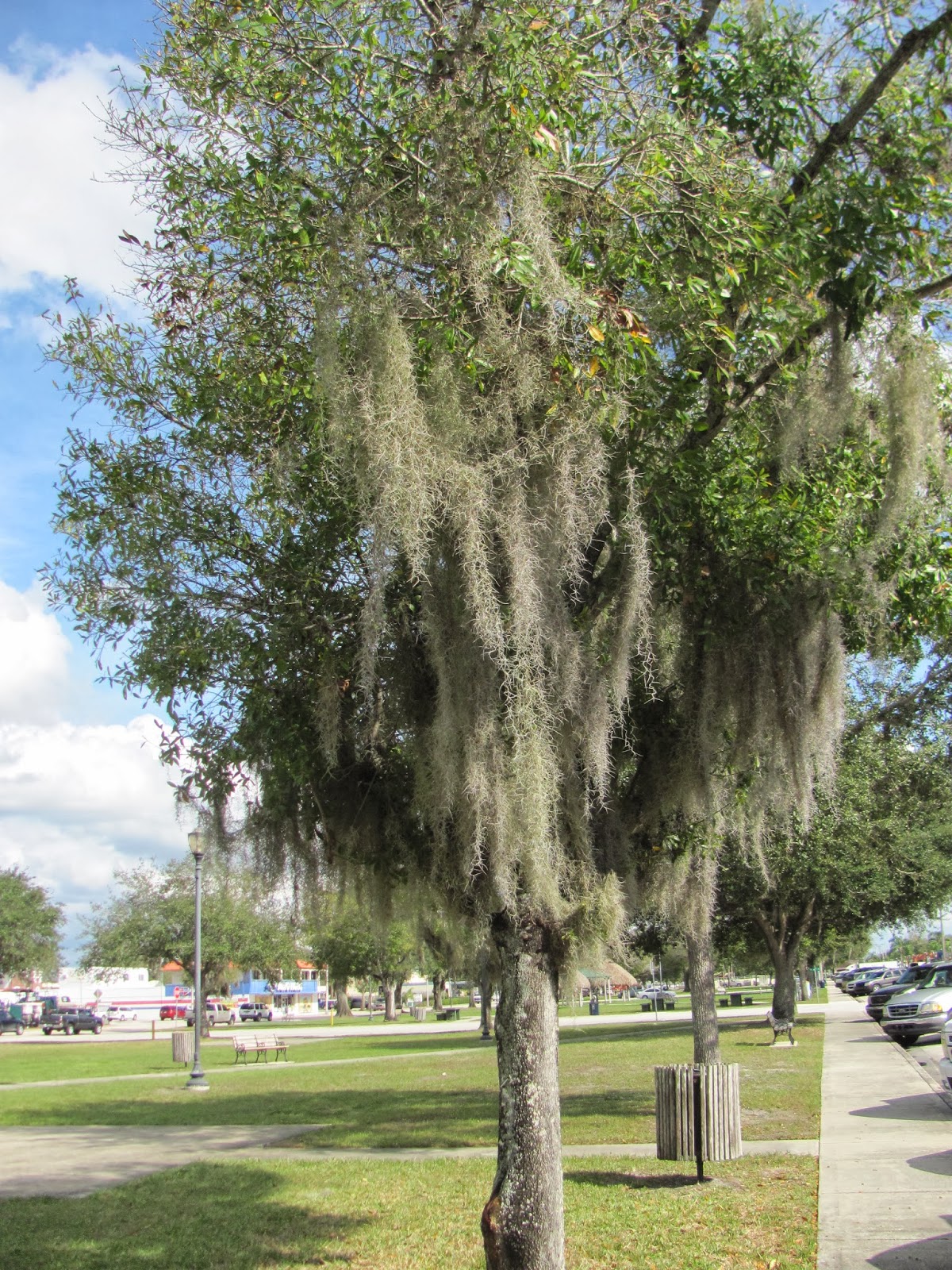