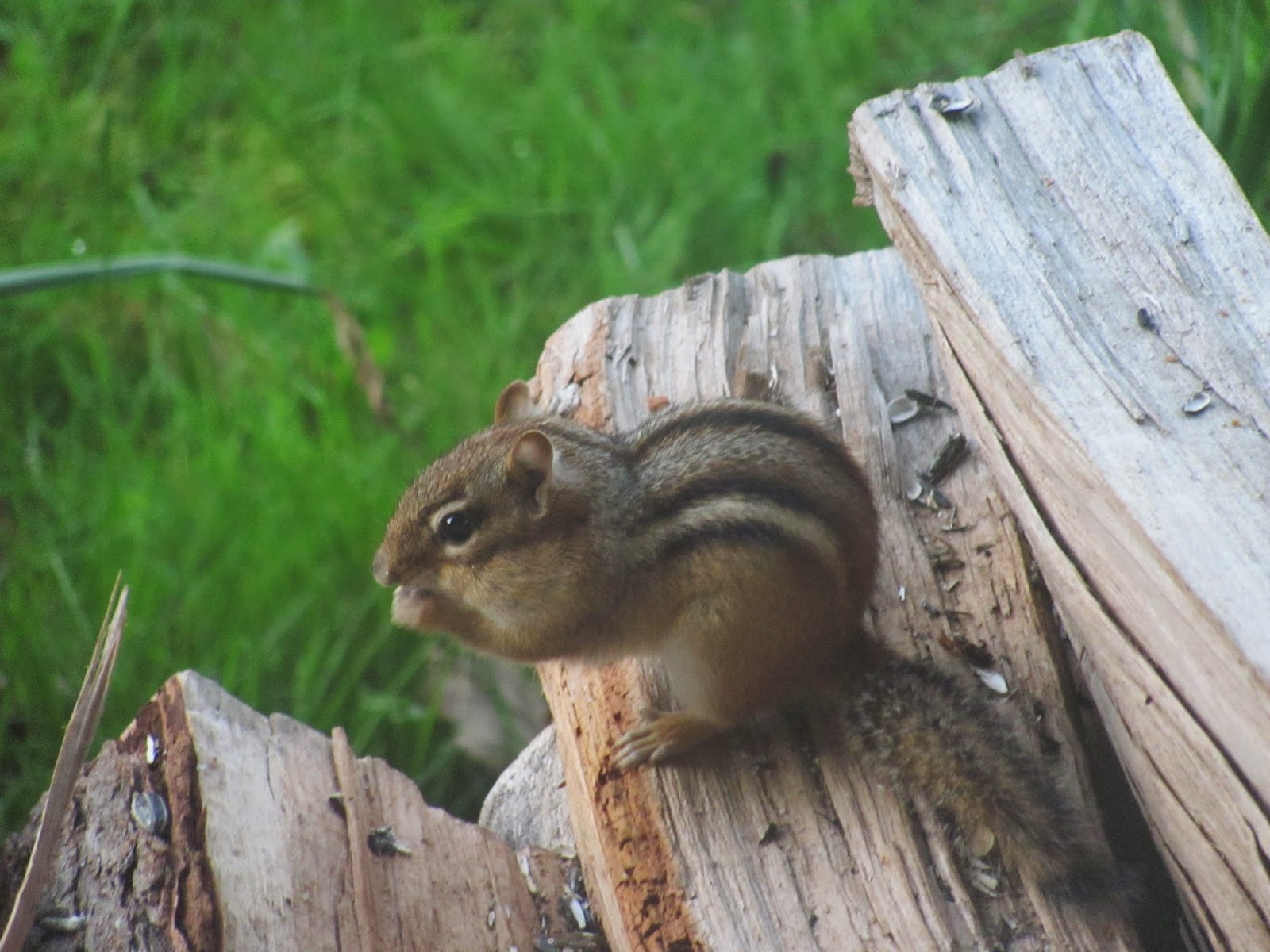 Chippy is taking his life in his hands. The neighbours' cat, sweet but lethal has been paying visits and the other day I saw what I had long been dreading. She came towards me with Chippy dangling from her jaws.  I rugby-tackled her, screaming "No! Drop him!".  And she opened her mouth and out he came, miraculously unscathed and ran away.  Since then  he has been scampering around as if nothing had happened. But I fear it's only a matter of time.... The cruelties of nature.
But Chippy is not entirely innocent. My flower beds are full of small, perfectly-formed holes leading to a network of tunnels. We'll see him or his girlfriend, Chipolata, or his brother-in-law, go down one and emerge from another.  The earth underneath must resemble Swiss cheese. I was weeding and spied a new hole and the next minute, out popped a small furry face looking at me as if I was the intruder. Meanwhile, a much larger woodchuck hole, the earth unceremoniously dumped out of it, has appeared just by my new plants. More proof that we're mere hostages to the local wildlife.
Posted by Alenka at 9:16 AM