First, back to a look at Bozeman airport, standing on a flat plain with the mountains in the distance, it was practically springlike - a contrast to snow-covered Buffalo. 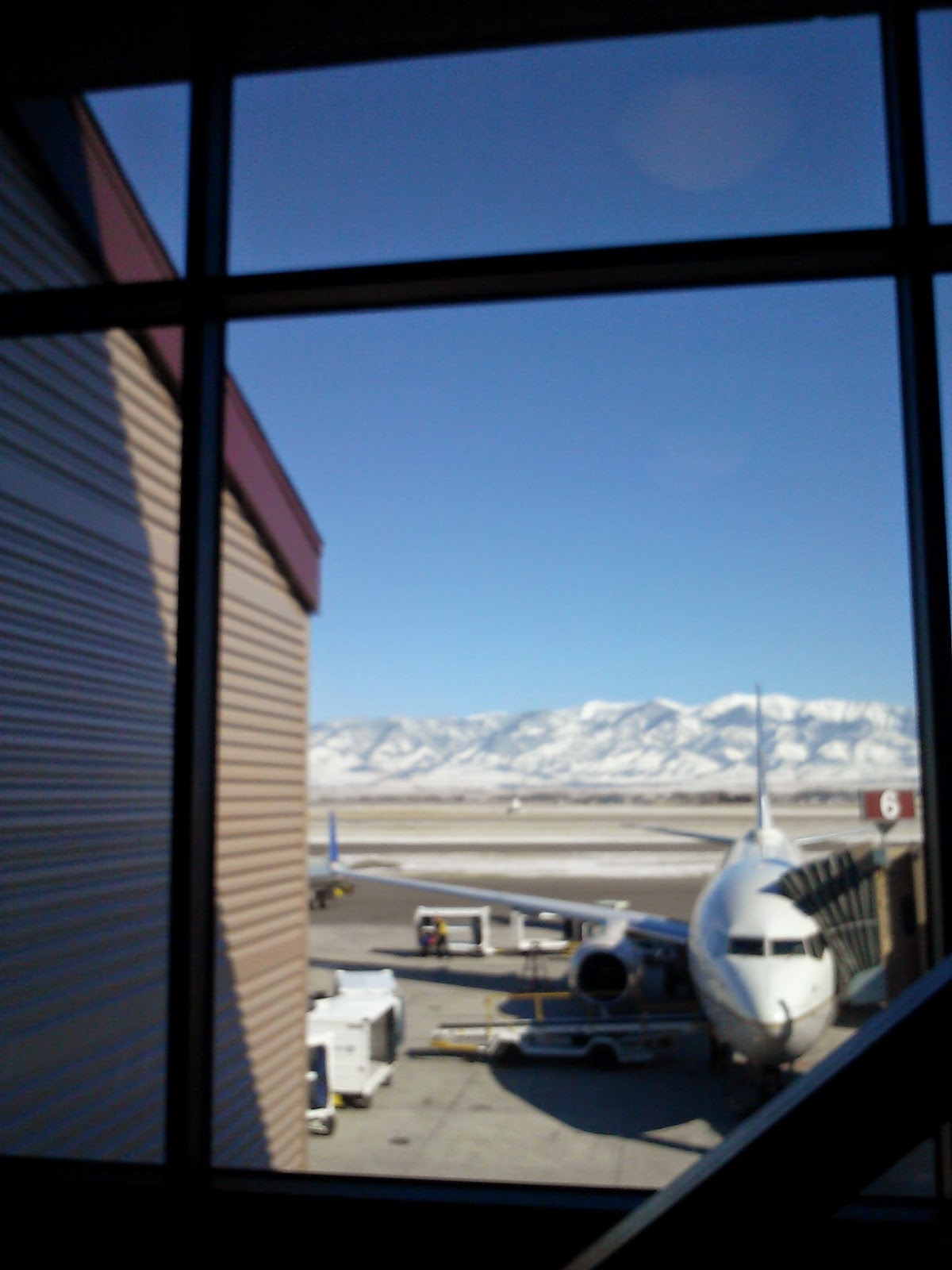 Inside, the airport was like some expensive golf club, complete with appropriate local art. You can just about read the sign for Sotheby's behind the bear. Hoping for some more billionaires wanting to buy ranches, I expect. 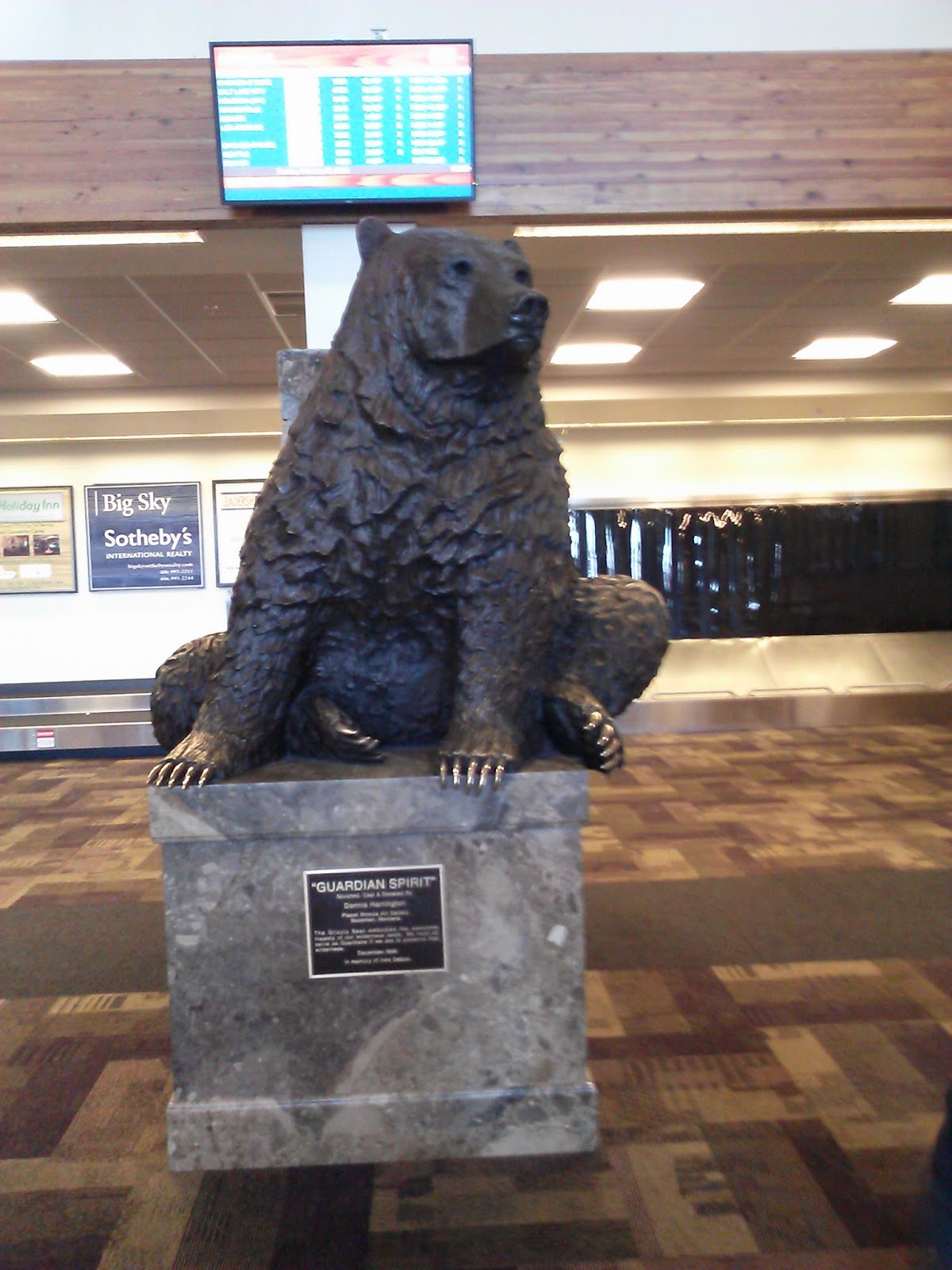 Meanwhile, up on the slopes, the Big Sky almost navy blue. 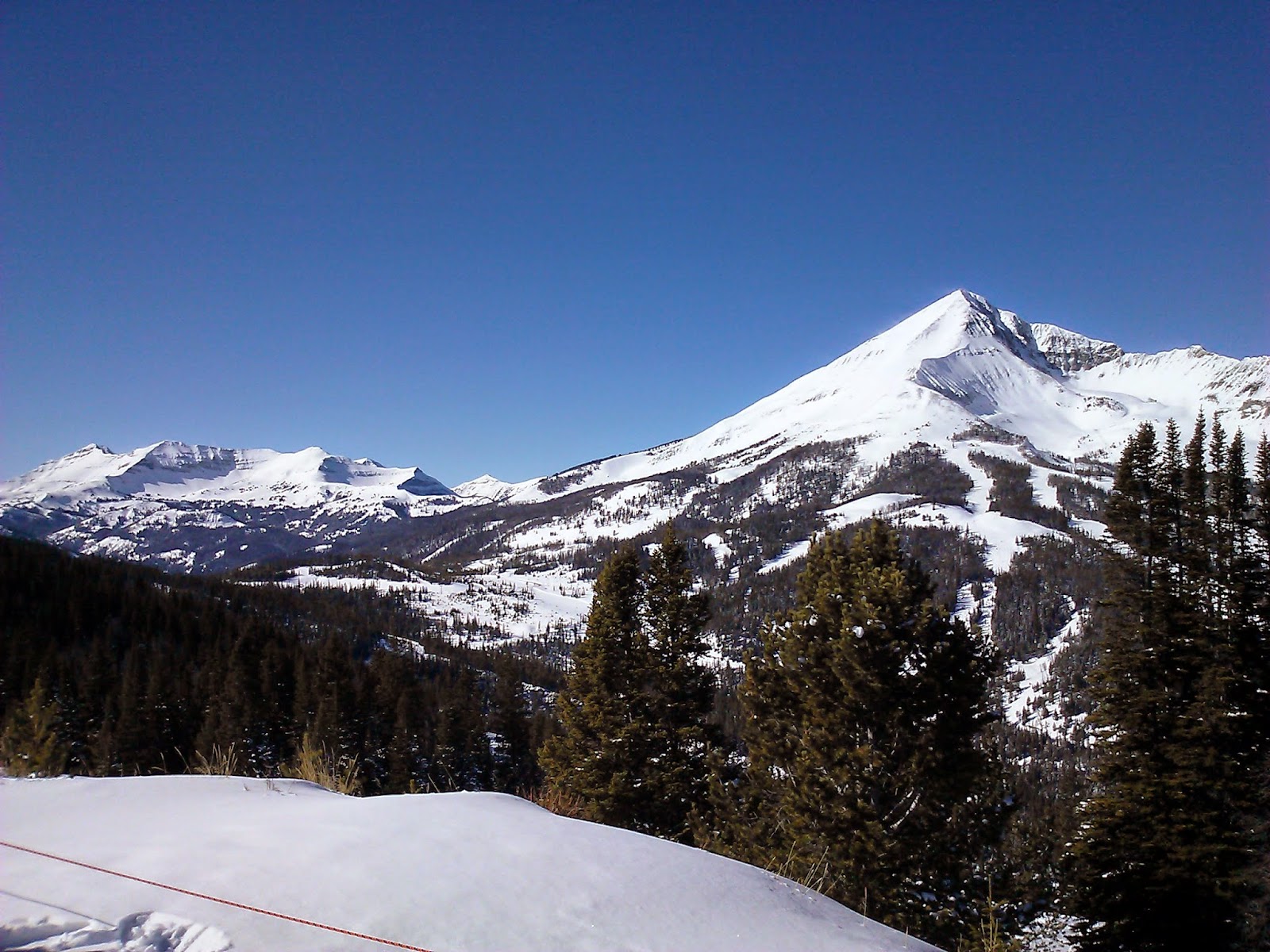 Sometimes it felt a little like stepping off the edge of the world. 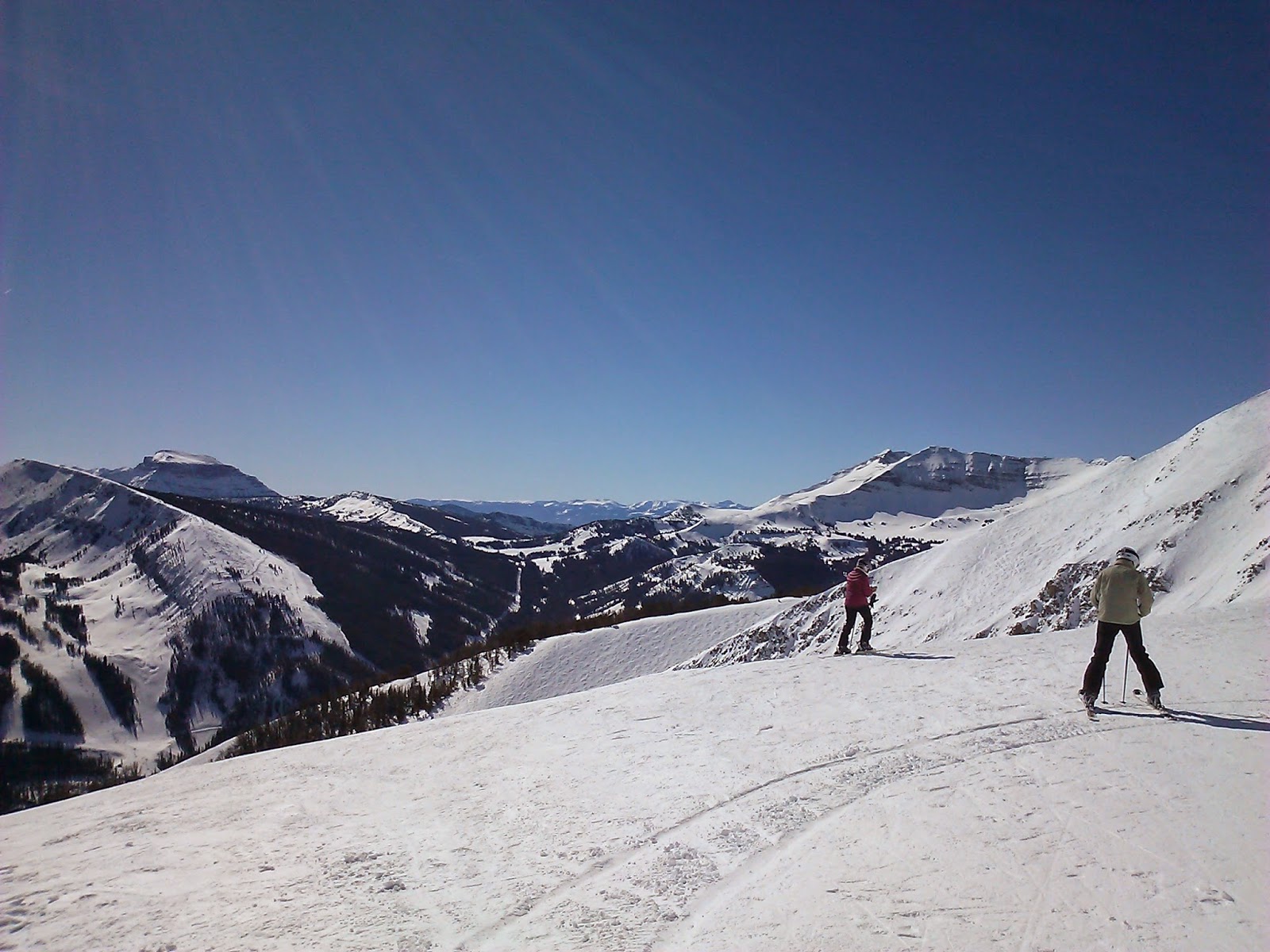 The runs, or "trails" as Americans call them, had appropriate Wild Western names, though they didn't exactly reassure. 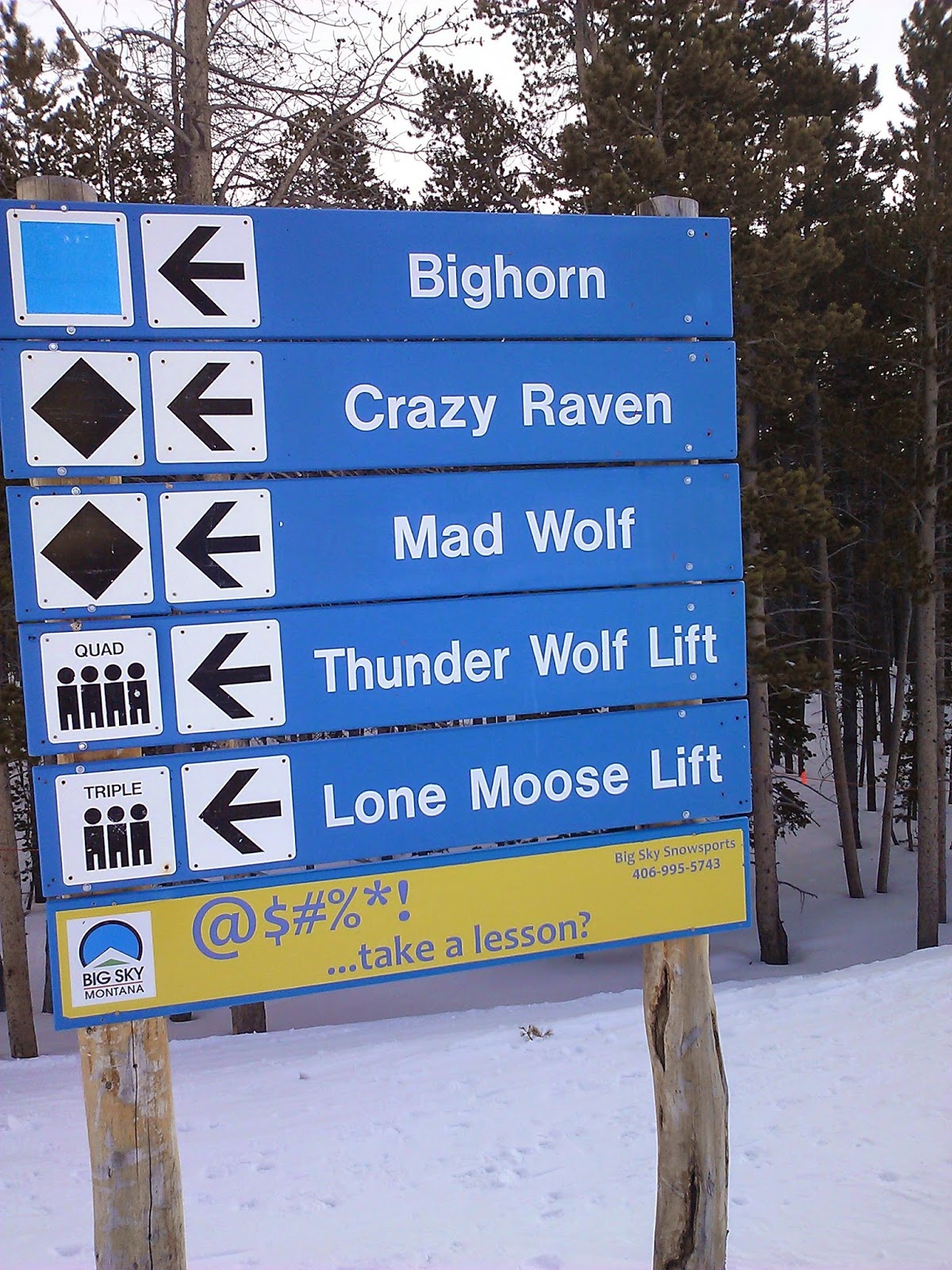 The ski racks had horseshoes. 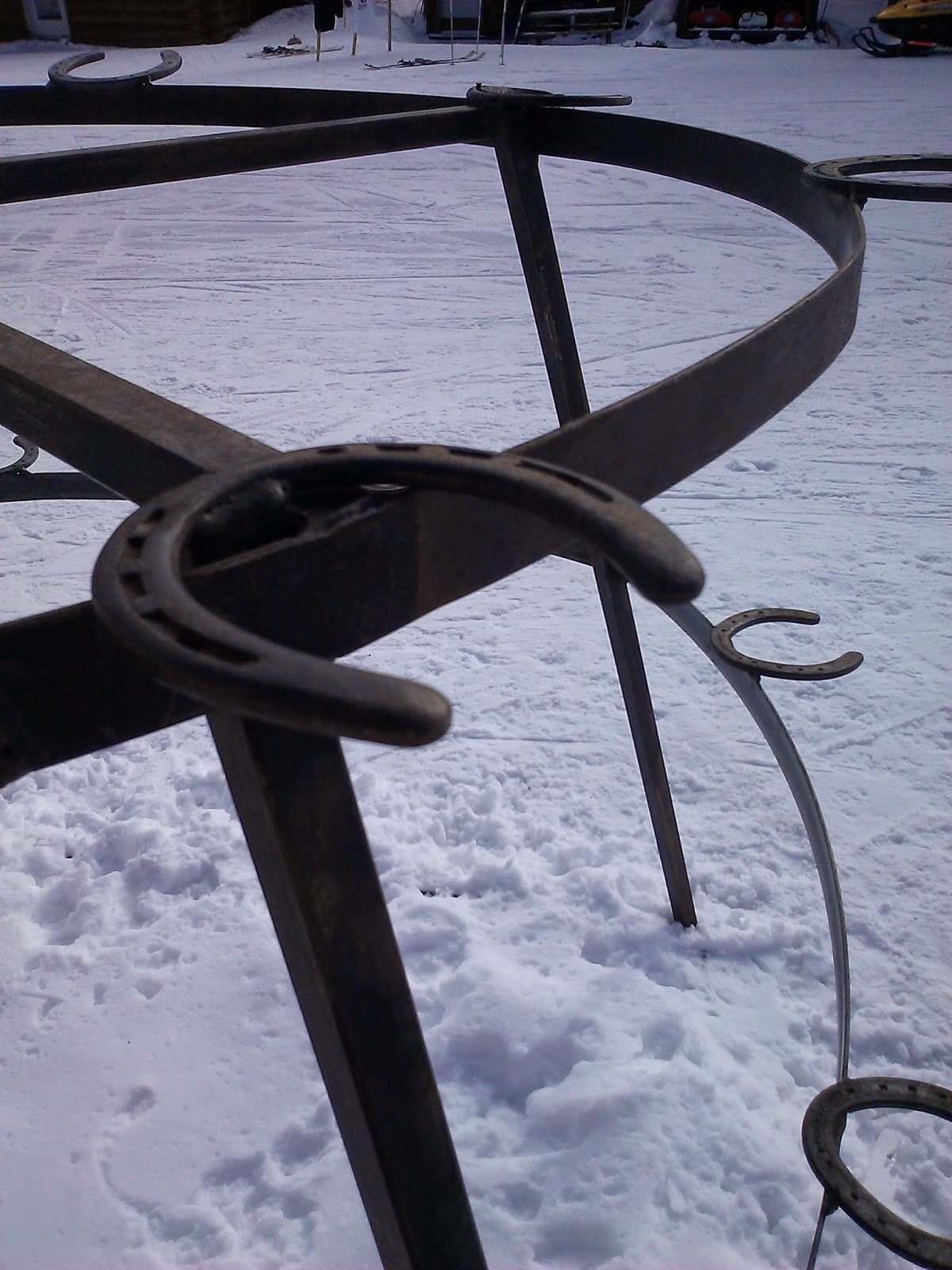 And there was some more rustic art. 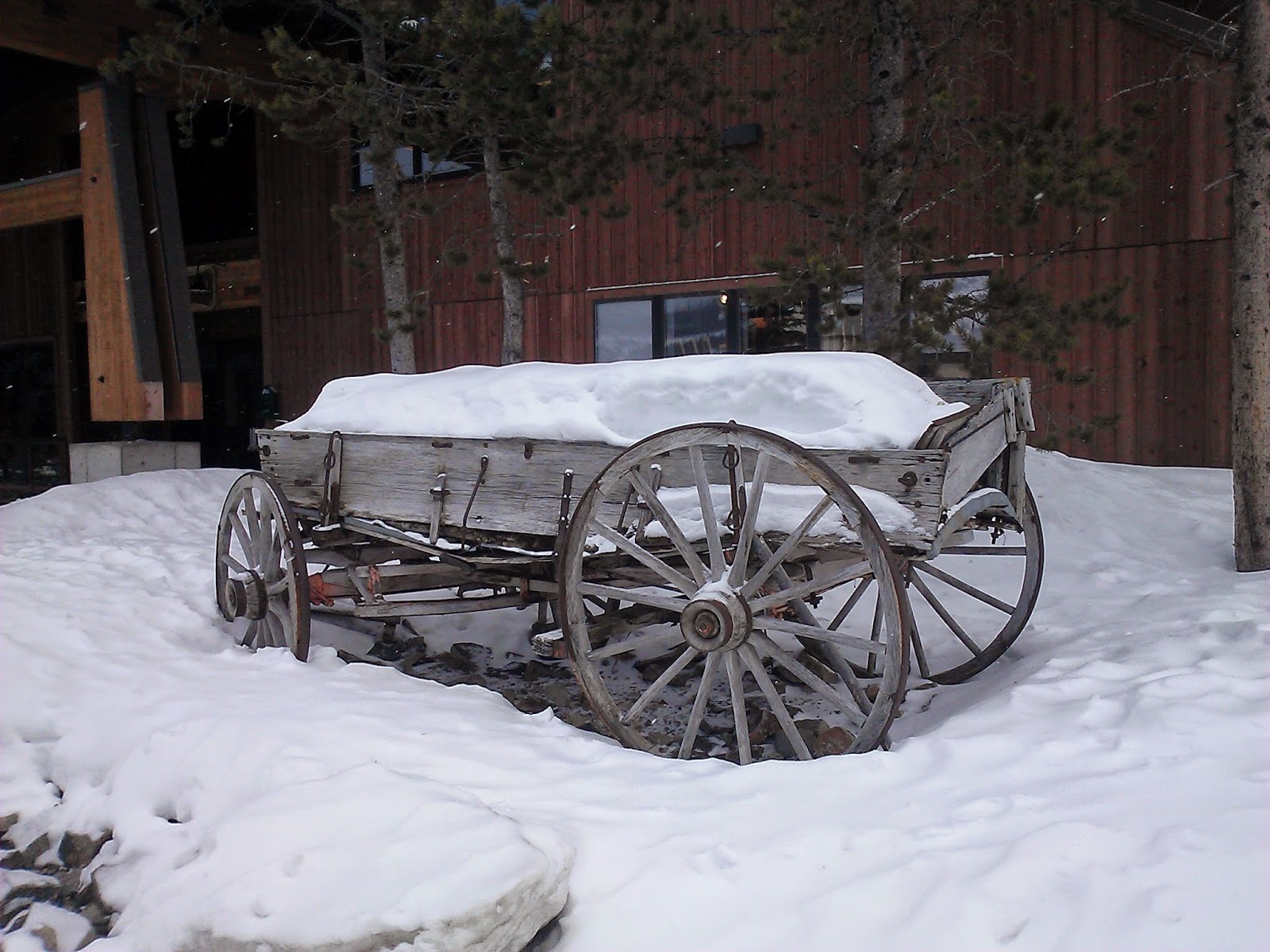 Though the Mongolian yurt mountain restaurant (sic - having been to Mongolia, I would call it a ger) was a little incongruous,  the bison burgers a little optional.... 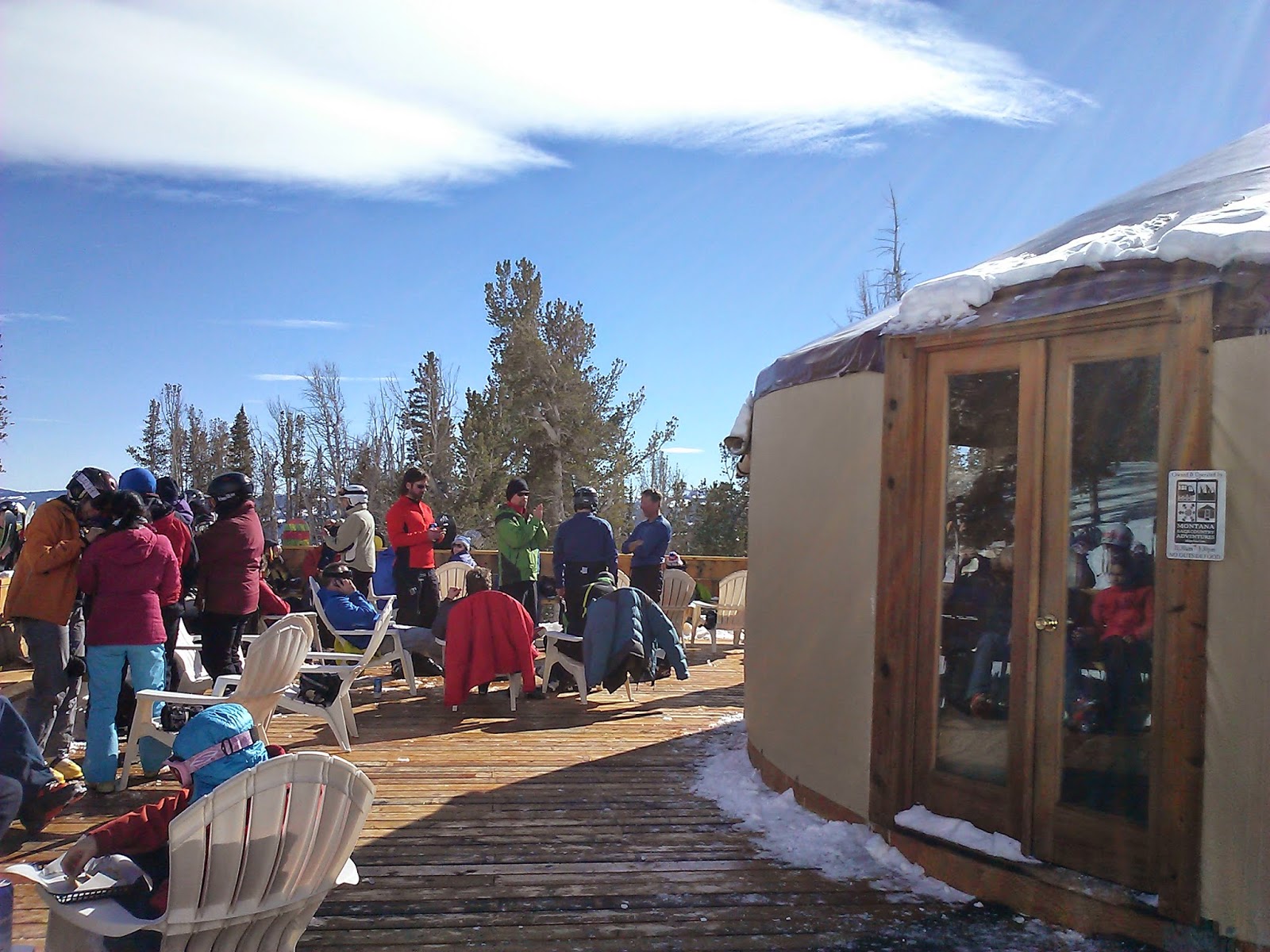 .. and the chair lift on that part of the mountain a little scary, with no safety bar. Elf and Safety evidently hasn't reached Montana yet and perhaps that's not altogether a bad thing. Most of the skiers seemed to be rugged types, many with beards and backpacks. There was a refreshing lack of posers and fur coats. Courchevel this wasn't but even with a few loose rocks, the ski-ing was glorious. This is my sort of run... 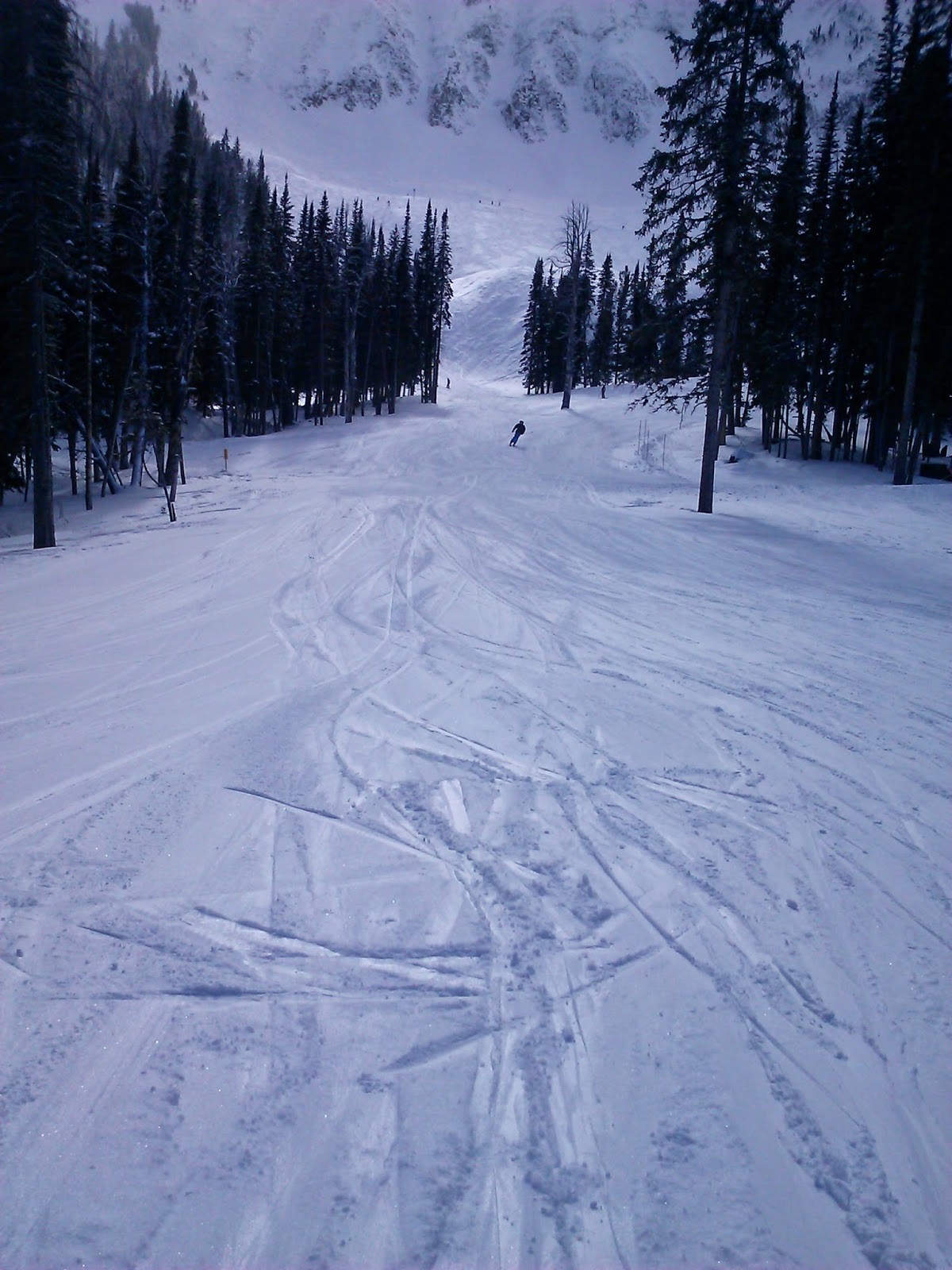 Though there's plenty of scary expert stuff too, up on Lone Mountain, to which ascends a cable car which, for some reason,  they call a "tram".. 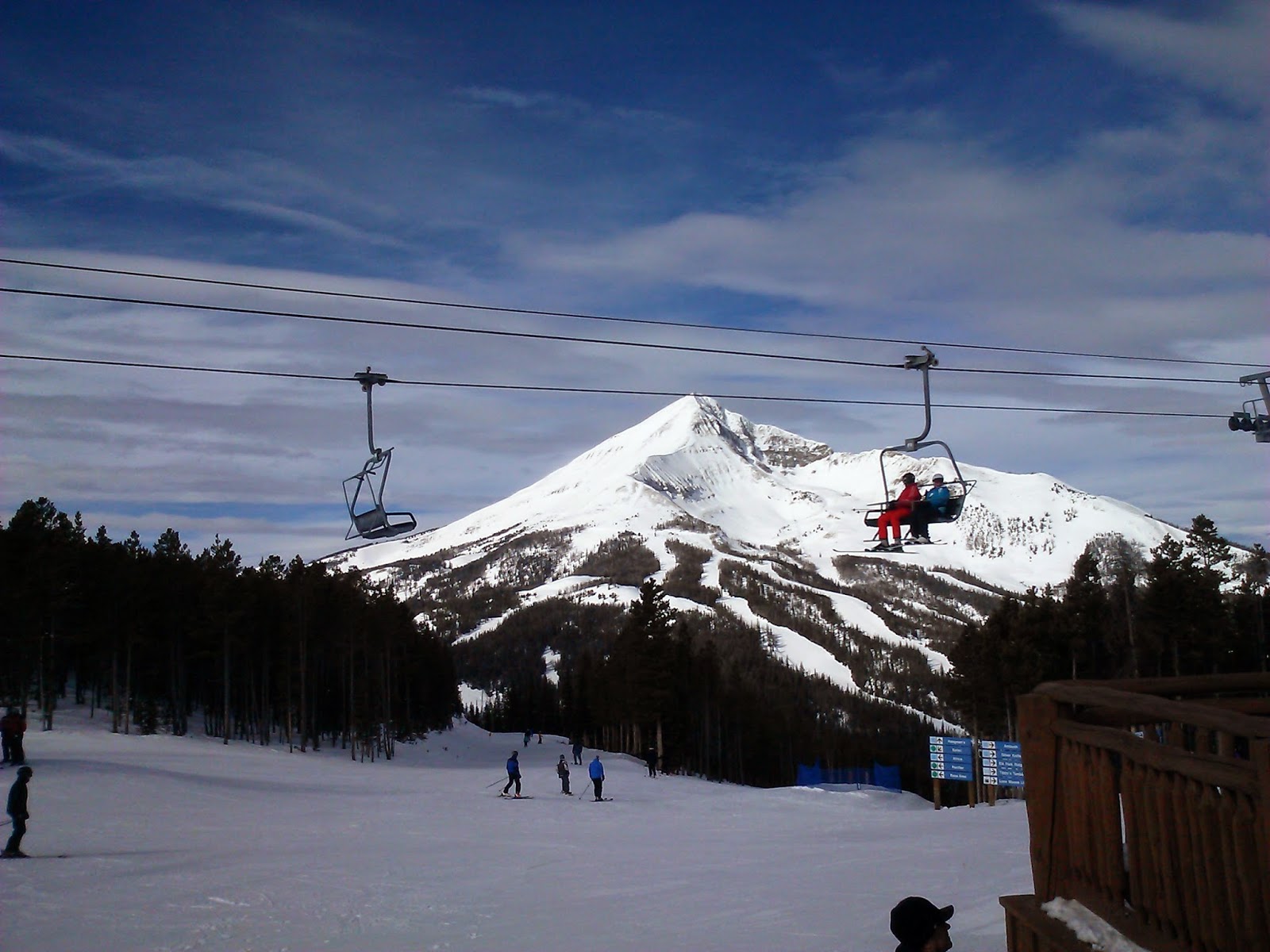 Base camp at early morning. The sun stayed shining most of the time. 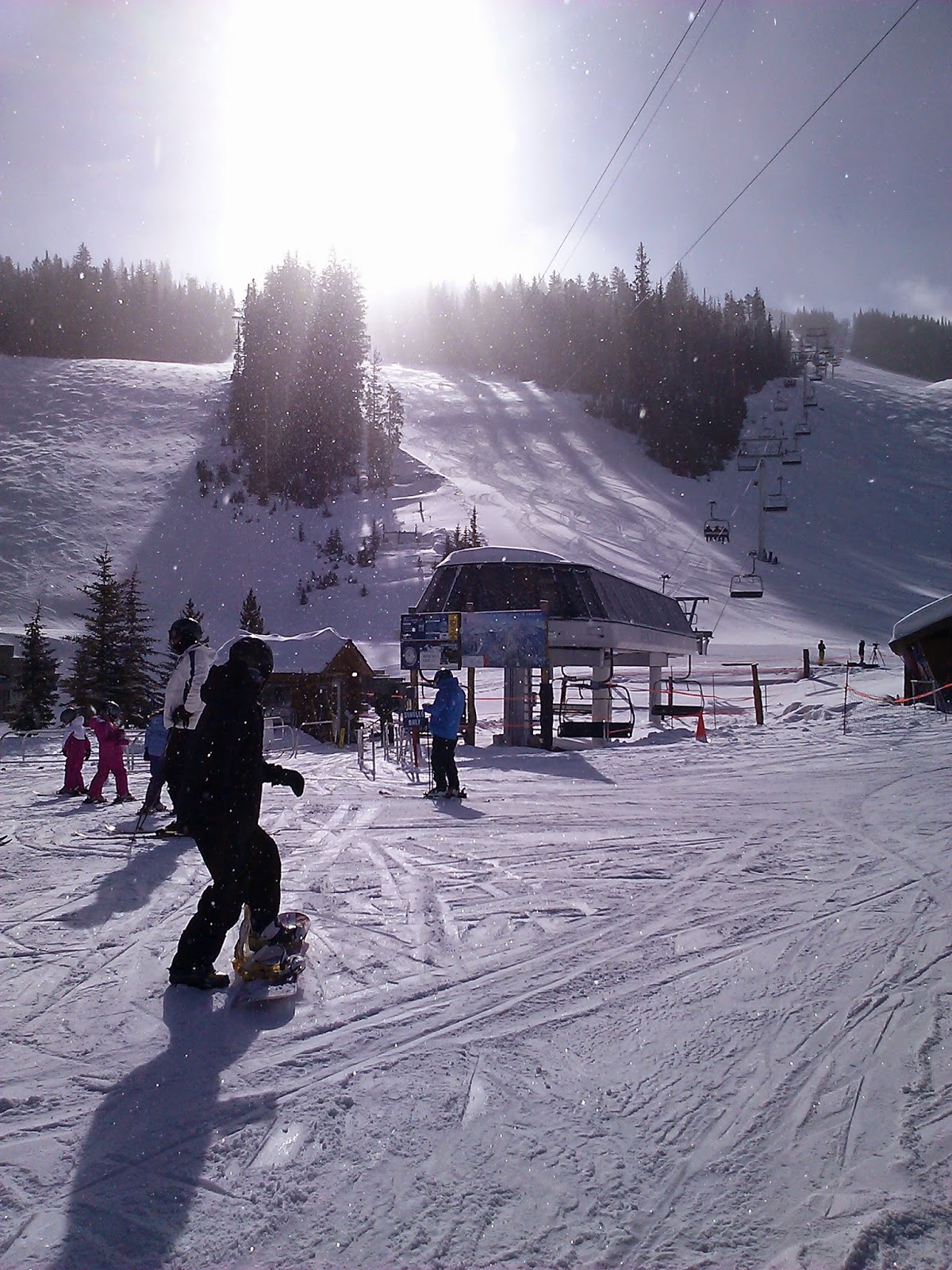 Though sometimes you had to go and find it. 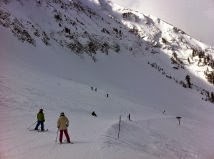