Now You Snow It Now You Don't

The tallest hill near us is called Chapel Hill. There is a little white wooden church on the way up that's the oldest Catholic place of worship in the area,  sadly now closed for all but occasional Masses. Alternatively, some people say it's pronounced Chay-pel Hill, presumably after someone who lived there. Whatever, it has its own climate at the top. Here, we're going up from the valley. 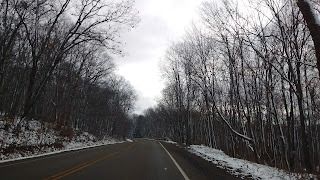 And here we're at the top. 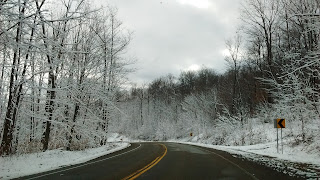 And here we're going down the other side - our side. No more snow and just a plain old muddy western New York December. 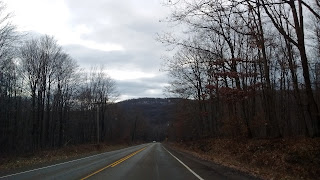 You can see the strip of snow up in the hills. 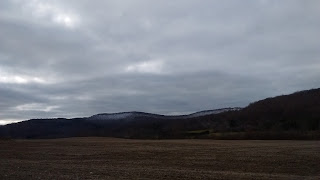 We thought we were in for an early winter - the ski resort opened - and closed again. We're back to waiting to see what will happen.
Posted by Alenka at 8:46 PM