Spring Come to the Lane

I took an early morning walk up the lane again, after a long, long time.  It still looked bare and wintery. 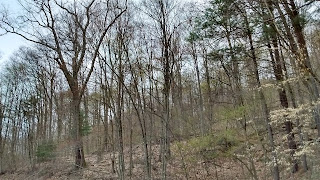 A woodpecker rat-tatted loudly and there was a cacophony of geese from the lake. 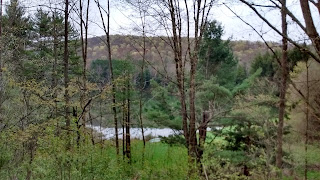 But looking closely at the verges,  there was a treasure... 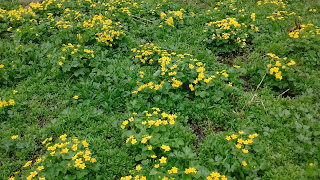 At first I thought they were dandelions but no ... 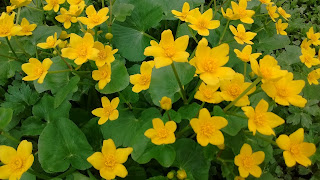 And tiny violets littered the grass 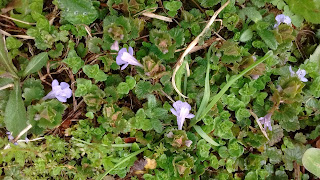 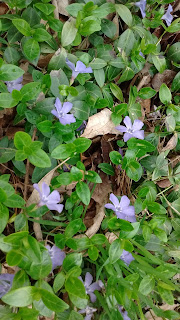 Usually I pilfer some for our garden but ours is holding its own now - in fact it's up and running. And look what happened to the drive that used to say "keep out"! 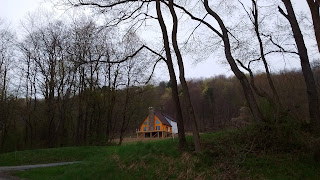 A new log house under way with a handsome stone chimney. Unlike many of the new houses around here, it  doesn't look like a plastic prefab, thank goodness, but quite distinguished, like a ski chalet. And on some of the branches there's already a green mist. 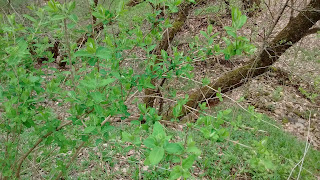 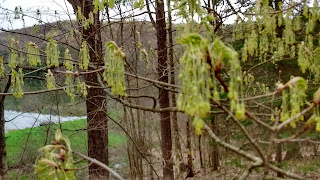 And as the mist lifts over the hills and the sun breaks through, there are definite bobbles of green. Pretty soon, spring will race ahead, making up for lost time. 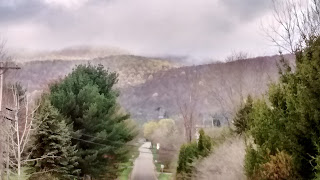 Back at base, the bulbs around the garden path are putting on a good show. I'm going to need to get the weeding muscles in trim. 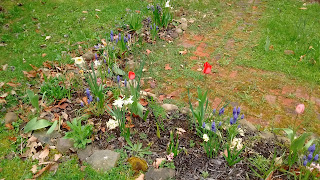 I'll shortly be on my travels again and goodness knows what kind of jungle I'll find on my return. Well, on past experience I know very well. I did a perfunctory check for deer damage, especially the little fir tree that got eaten a couple of winters ago to within an inch of its life, just a tuft left on top, like a poodle's tail. Last autumn I swathed it in nets and stood back, confident. No self-respecting deer would even think of going near it. But yesterday I went to look. The good news: the deer hadn't touched it. The bad news: a tree had blown down in a winter storm and chopped it in half. You just can't win. 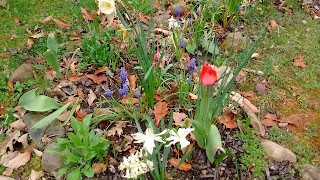 There has been much activity, too, in and around the woodpile, the next generation of Chippy, Chipster and Chipolata chasing each other. 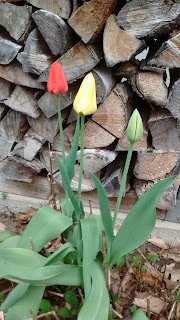 I put out some peanuts and suspicious that they disappeared so quickly and without a trace of discarded shell, watched to see two marauding blue jays helping themselves. A busy squirrel came nosing around too and out in front a huge, fat rabbit, eyeing up the emerging shoots. "I'm buying you a one way ticket on United Airlines", I scowled.
Posted by Alenka at 6:48 PM