Yes early June in the jungle is peony time. 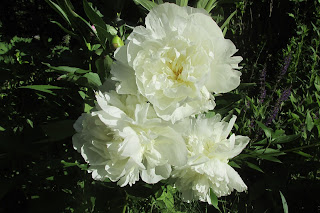 The brash, bouncy, blowsy-scented fellas had been doing really well 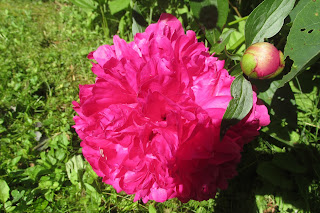 In fact, observing our neighbours' peonies, I would say that ours are the biggest in the county 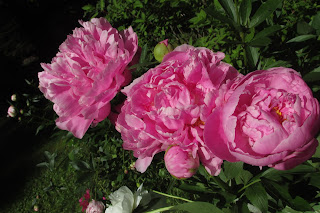 They are gigantic - or they were 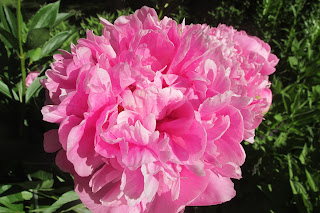 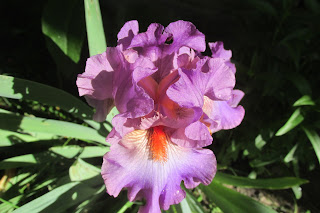 Until yesterday that is when a huge storm blew in, the trees bending over like reeds. Monsoon-like rain came down in sheets and the the power went out - and came back just as we managed to get the generator going. In the morning we surveyed the scene. Several small branches down. 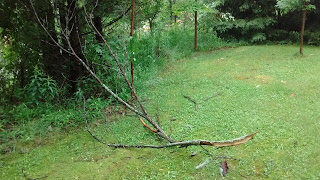 But it was worse for the neighbours. Hearing a loud beeping we went to look out on the lane. Heavy vehicles which looked suspiciously like snowploughs in summer gear were picking up fallen tree limbs 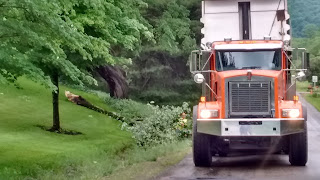 Which were shoved into a shredder. The wonders of modern technology. 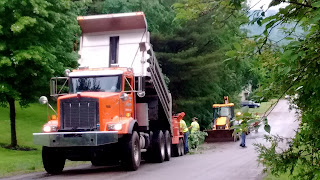 And as for the poor old peonies, after a short but star-studded life, they had had their day and were but a mass of soggy petals on the grass, like melting snowmen. And the rain shows no sign of letting up.
Posted by Alenka at 8:45 PM