Still in Darien, Georgia, we, as always, we looked for somewhere to have coffee and discovered Zio Carlo's, toucked away in a side street near the waterfront. It was early, everything deserted and we seemed to be the only customers. Carlo was that rare American who agreed with me that Americans put far too much cinnamon in things. He assured me his scones had no cinnamon in them at all - and he was right! An unusual pleasure to be savoured. Of course they weren't like British scones and had flavours and fillings - peaches in one, pecans in the other - but you can't have everything. The coffee was very good too. Afterwards we walked down to the waterfront, which had an interesting bit of history. 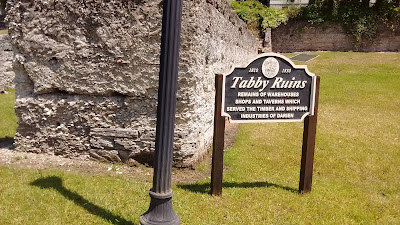 Yes, tabby again (see below) and an old cannon set among what was left of the historic houses and businesses that once lined the street. 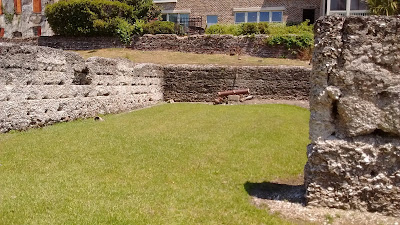 One old building still stands, incongruous next to some swanky condos. 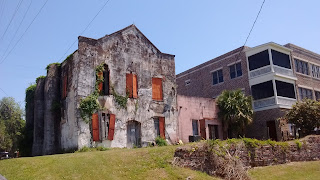 It seems that Darien is being discovered. The man at the museum had a theory for that. People are coming down to Florida, stopping in Darien, liking it and staying.   But it still, thank goodness, has  along way to go before it's Florida.  Though the park has a Florida-like list of "Don'ts", digging for historic relics being one. That's only going to give people ideas. 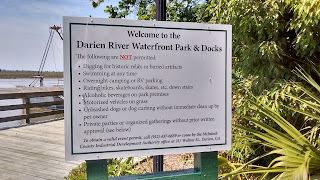 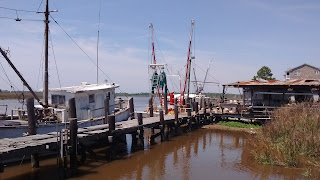 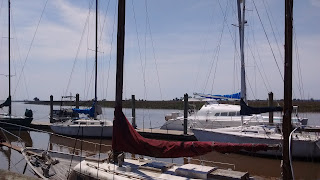 The word "shrimp" in American also, incidentally takes in what the British call prawns. This can lead to some confusion.

To be continued.
Posted by Alenka at 9:19 AM