Our first stop was St Augustine, Florida, the oldest town, allegedly, in the United States. 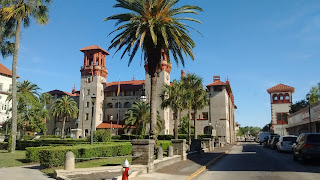 Yes, contrary to popular opinion, the first Thanksgiving was actually here, in 1565. Except that the intrepid colonists were Catholics and spoke Spanish. History favoured the Pilgrim Fathers, some 60 years later and up north in Massachusetts. They spoke English so they're the ones most people learn about. At least they were the ones we learned about when I was at school in Britain. They did make for a good story though. 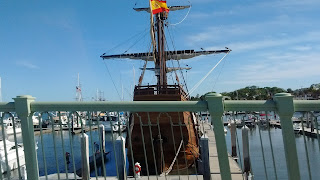 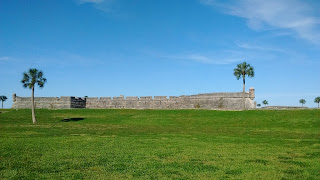 ..came a little later, in the 17th century. It was attacked by the English (not technically British for another 5 years) in 1702. They were repulsed.  Not such a good story.
I'd been to St Augustine before and found the old parts fascinating but saturated with tourists. Just like the Cotswolds. I did have my first taste of key lime pie there, though and it's still the best one I've ever had.
This time sister-in-law and I were after a different kind of refreshment. 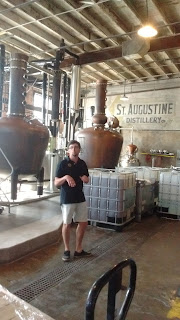 St Augustine has a distillery and you can do the tour. It's a co-operative, using local ingredients like sugar cane and citrus and based in an old ice plant. I liked the instructions on the packing boxes. 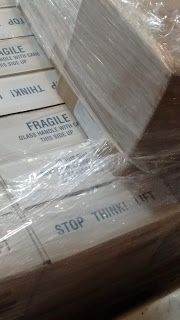 Sensible for people with bad backs. Don't try shifting those barrels though. 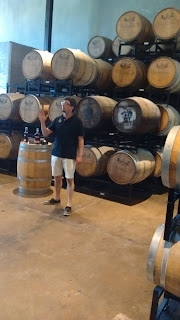 Our guide mixed up samples of various cocktails 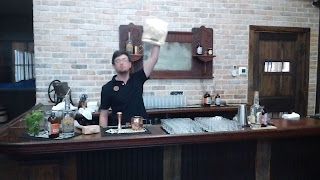 Using their own whisky, gin and vodka and special mixes. 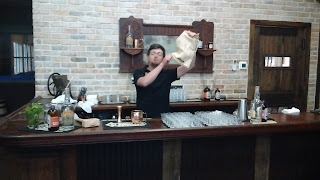 First you need to crush your ice 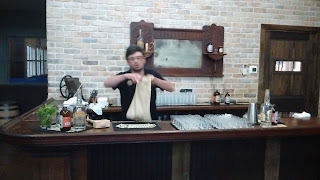 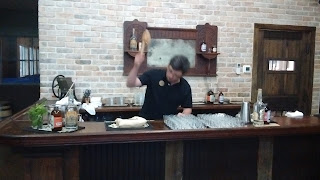 And copper is the best thing to drink it out of to make sure it stays nice and cold. 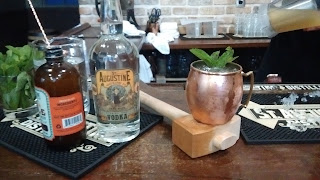 And then it was tasting time! 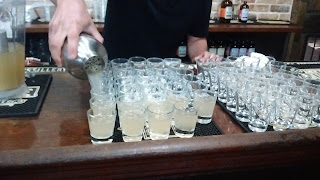 Sadly the downside of visiting a distillery on a road trip is that one of you has to drive.