You've got to hand it to the little stripy fellas -they're nothing if not resourceful. 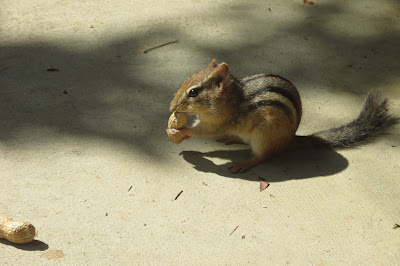 While we were busy cooing over them and handing out peanuts on the front porch, they were up to something of their own at the back...
The first thing we noticed was a suspicious amount of debris around the oak tree. 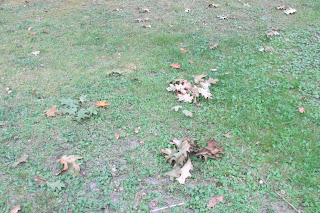 Odd - it hadn't been all that windy. A closer look showed empty acorn hats - much of the contents had disappeared. 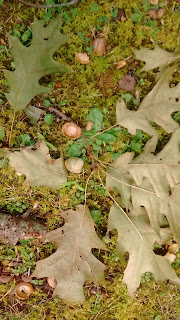 Later, we heard the sound of plopping and the end of a branch mysteriously shaking. 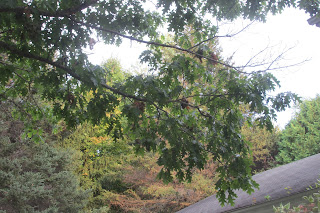 The chipmunks were having a relay. One shinning up the oak tree to nip the twigs with their acorns and send them falling onto the grass, another coming down. "Go on Harry, it's your turn, bite those twigs son!" 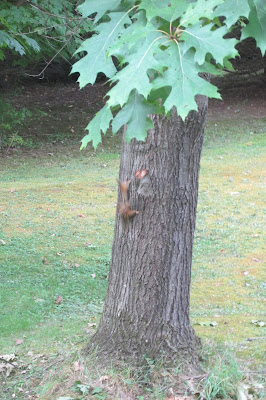 And around the tree on the ground, the rest of the family were busy collecting the spoils. 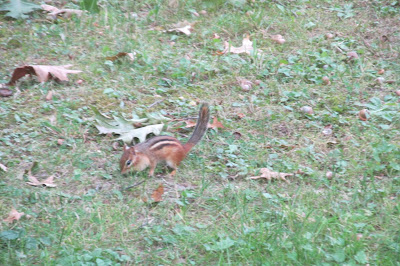 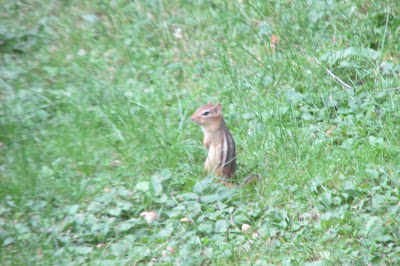 Somebody's going to have a good stash for the winter. Never mind that our oak looks as though it survived a hurricane. And it's not just ours. 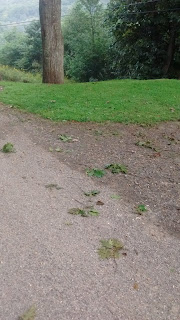 This was the scene around a neighbour's tree up the lane.
Not content with tunneling our lawn into a swiss cheese, they're out to get the trees now. Little darlings.
Posted by Alenka at 2:44 PM