Apology: Oops. This should have been published a week ago but wasn't. So much for modern technology.

There was frost on the path to the neighbour's pond. It came stealthily overnight, missing our garden but settling just a few yards up the road. 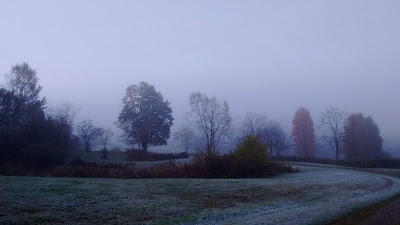 The mist swirled up over the pond. 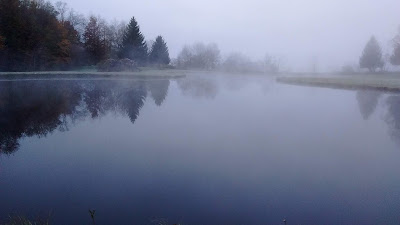 The fogbound trees just hinting at a little autumn colour 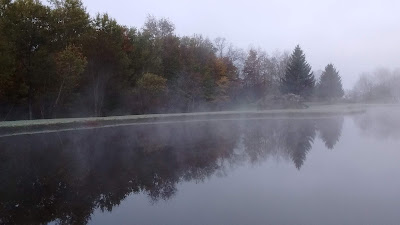 While others were skeletal phantoms already. 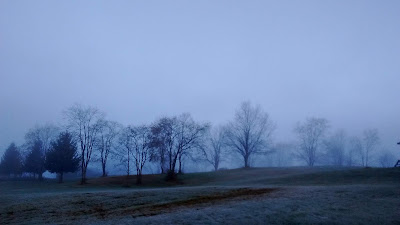 A ragged flock of Canada geese flew over, yet another convoy on its way south. 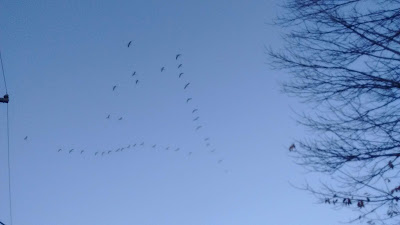 Further up the hill, it was a brilliant, blue chilly morning, the fog nestled in the valleys, 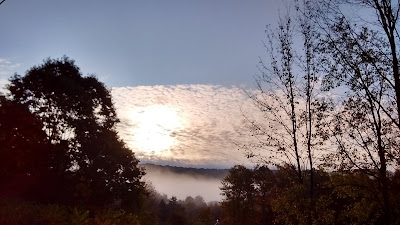 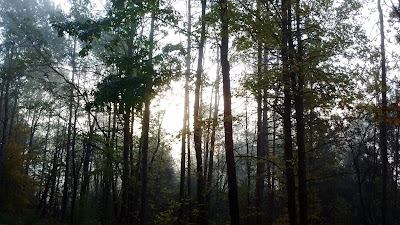 Though asters still bravely twinkled in the grass 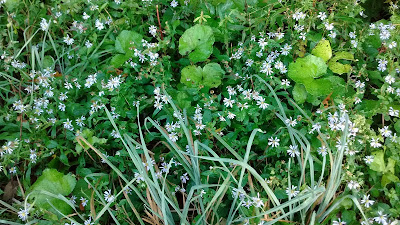 It was my farewell for a while. 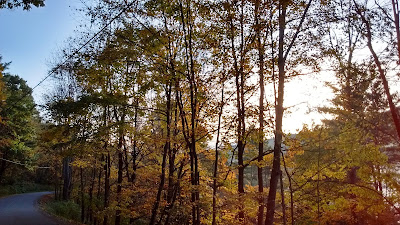 The blog and I are off on our road trip south and it's hard to leave when there's still so much beauty on the lane. And so quiet too, except for the occasional kissing sound of a chipmunk and a sudden cacophony of honking and splashing from the pond as the geese take off. 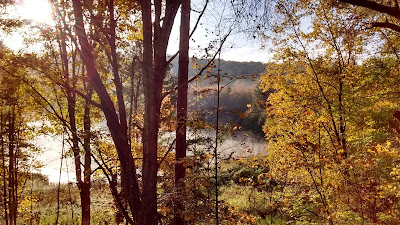 I note that the library, always full of bright ideas, is having a Fall Prevention Workshop. I did a double take when I saw it. If I were an American I would ask, "Who on earth would want to prevent such a beautiful Fall? " 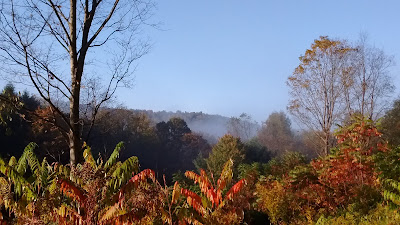 Of course it's not that sort of Fall they're talking about but the sort that happens in the winter, which isn't that far away now. The sort that drives many western New Yorkers, especially older ones, to head south, where you can generally manage to survive the season without slipping on ice and falling flat on your face. 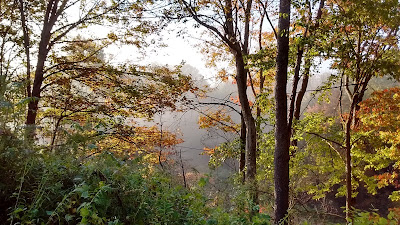 Assailed as I am on both sides of the Atlantic by political turmoil it's good to think that the locals here have other priorities. 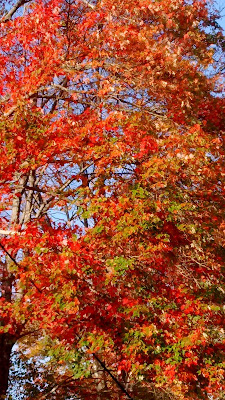 And even the garden has managed to survive some benign neglect and in dishevelled dowager mode, still holds its own. 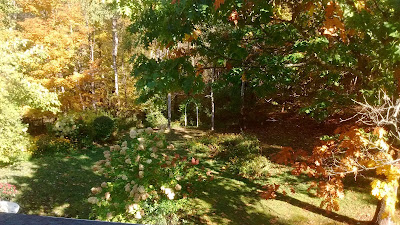 Before I leave, there's the annual.  To net or not to net. I used to be a real enthusiast for deer netting but have come to realise that a) It gets hideously snarled up under the weight of the snow and it's impossible to disentangle in the spring and b) the deer will find a way through. Or go for the bushes you skipped and didn't think they'd want. There is nothing they don't want.  Short of hiring a crane and spreading a giant net over the whole garden, there's precious little you can do except hope for the best and expect the worst.
Sometimes I think my nomadic life is nothing but a series of goodbyes. But then it's also a series of hellos. In a week or so I'll see Golden Beach again and blog will resume in its southern guise.
Posted by Alenka at 8:39 PM