The Blog is back in Florida, having spent a splendid family Christmas in Ohio, where there were vestiges of some odd-looking white stuff on the ground. 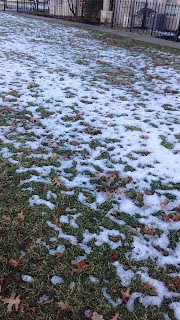 We've stayed before in this place called  Easton, which has a copious shopping district with a faintly British theme. 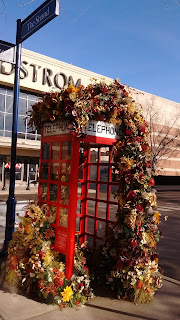 If you look very closely, you can see that the street sign reads "The Strand". Bond Street is somewhere nearby too. Though Easton tries hard to be London at Christmas, it somehow lacks the atmosphere of the real thing. It does, though, have an Irish pub (sic). 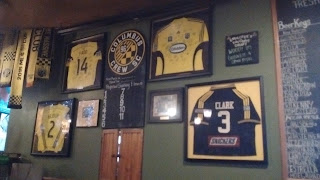 With an array of football (our kind) shirts and scarves 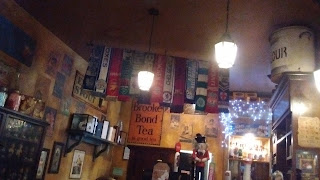 I didn't notice a Man United one. "Is this", I asked the barmaid sternly, "an ABU pub?" Understandably, she was a bit flummoxed.
"Anything But United?" I added helpfully.
Not wanting to lose a customer, she searched for the right answer,
"Of course!"
Which of course was not the right answer. (Except after today's result I'm feeling a little ABU myself).
It was in general a harmonious Christmas, though a certain family member, who happens for his sins to be a Tottenham Hotspur fan,  played the devious trick of gifting hubby and me Spurs scarves and taking us off to yet another hostelry, a den of Spurs fans, 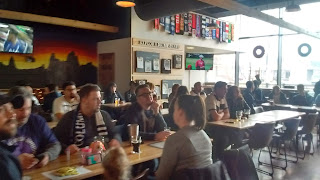 to watch the Boxing Day action. 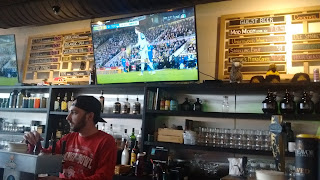 The Ohio Spurs supporters proved to be well-mannered and a little subdued, apart from when Harry Kane scored his magnificent penalty. 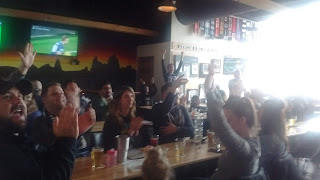 Some might say, of course, that they had a lot to be subdued about. (All right, I know, I can't talk.)

And now 2020's crept up on us like a thief in the night. I notice that some Americans of our  generation have taken to celebrating "English New Year", as in sister-in-law's text, "Happy New Year! We're celebrating it in British time and having an early night!"
My own Slovene ancestors had a weird superstition that whatever you did on New Year's Day, you would do for the rest of the year. Apart from exceptions like winning the lottery, I would think that it would be safest to stick to routine, boring things throughout January 1st, or you might get a little too too much of what you wish for.
Happy 2020 from Golden Beach! 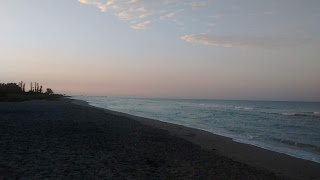