A couple of days after the storm and the beach was still, how shall we put it, exhilarating. My surf-loving friend who's moved from California said the waves had been up to seven feet the day before. "Did you get to surf?" I said jokingly, "Of course", he said seriously. 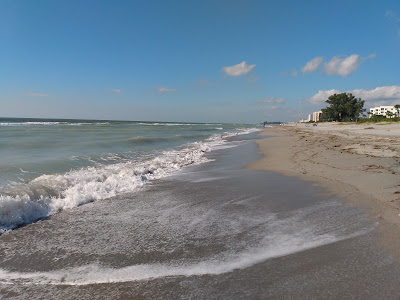 The benches had lost their legs. Is someone going to shovel all that sand back? 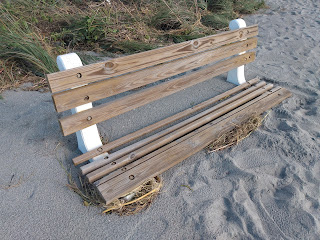 Early the following morning, walking the other way, it seemed half the debris in the Gulf of Mexico had swept up, 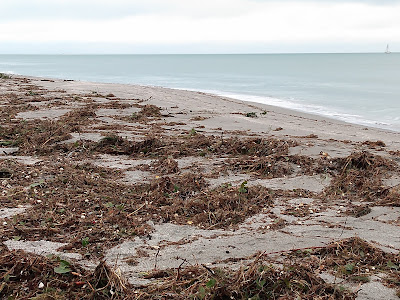 Including some potential works of art 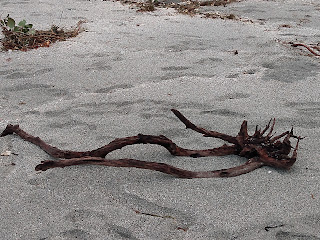 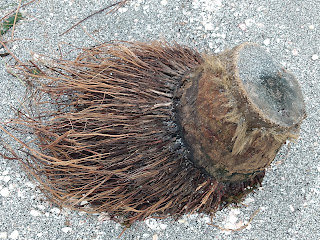 Signs of some minor devastation - for someone 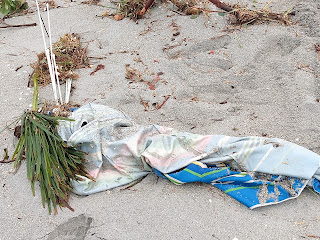 And some less than fascinating nasty junk - sticks of wood with sharp nails sticking out, broken beer cans with jagged edges, all reminders that there's no such thing as an earthly paradise.

Making the best of it though 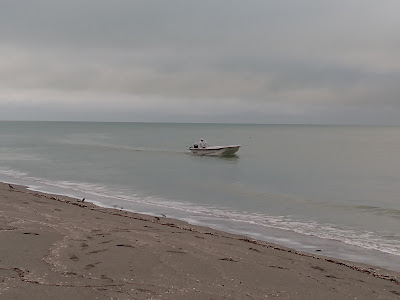 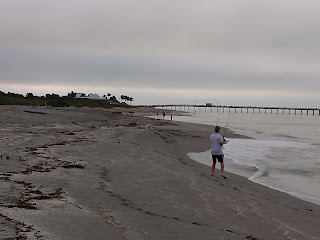 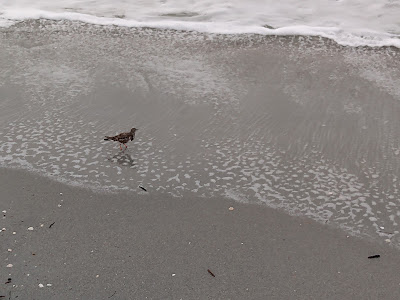 There was still a lot of water in odd places. This new channel had appeared 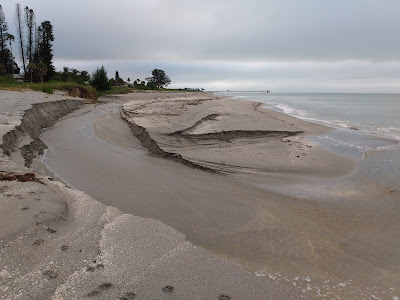 Behind the trees to the left, a little overgrown and forlorn, is the classic midcentury house once owned by Walter Farley, who wrote the Black Stallion books. In those days people still rode horses on the beach. It's one of the last really authentic old beach houses left among a load of new trophy monstrosities.
And the likely swamp down the road has a lot more water than usual. 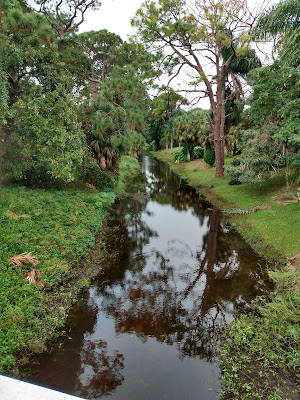 Passing a large puddle I remembered an alligator expert saying, "In Florida, if you see a puddle, expect an alligator." Since the puddle was opposite the golf course, an alligator habitat of choice, I gave it a wide berth. I haven't seen any in the likely swamp but you never know.
to be continued...
Posted by Alenka at 11:33 AM