Super Bowl Sunday is coming up, as I often say it's sort of the equivalent of the Cup Final. With the Buffalo Bills out, I suppose we will root for the Tampa Bay Buccaneers - well they do have the same owners as Man United and they do have Tom Brady, currently one of the few American football players whose names I know. He is no spring chicken at 43 but handsome and said to be pretty good. (I admit that's a little like saying  Lionel Messi is said to be pretty good.)

Tampa Bay is sort of  our local team, being an hour and a half or so up the coast. Hence this display in the supermarket. 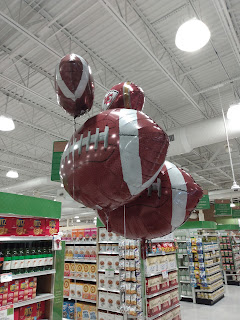 And that wasn't all. There were chocolate butterfly cakes in the shape of footballs. 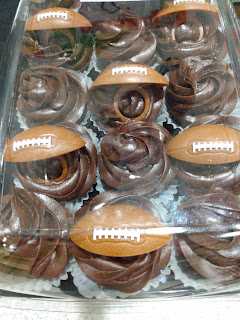 And in different colours too. 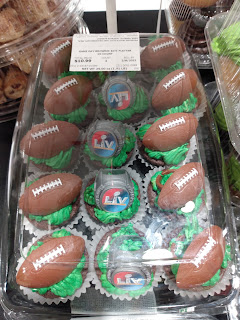 And if that isn't enough, you can eat a whole chocolate football. Yum. It's the 55th Super Bowl, hence the Roman numeral. 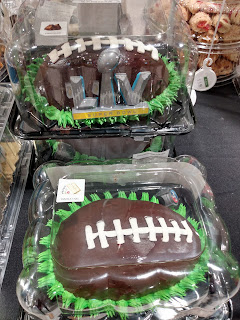 And here's a pie in the shape of a football pitch, I mean field. 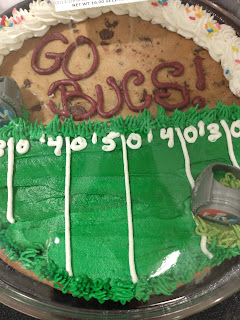 I think they are expecting people to have a lot of Super Bowl parties at which I'm sure they'll be socially distancing.
Posted by Alenka at 5:31 PM