The other day we had a look at Letchworth State Park, which is apparently known as "The Grand Canyon of the East".  That's a bit like calling our village the Acapulco of the North because it's got a Mexican restaurant but never mind that, the Letchworth Park waterfall is still a magnificent sight, especially after all the rain we've had. 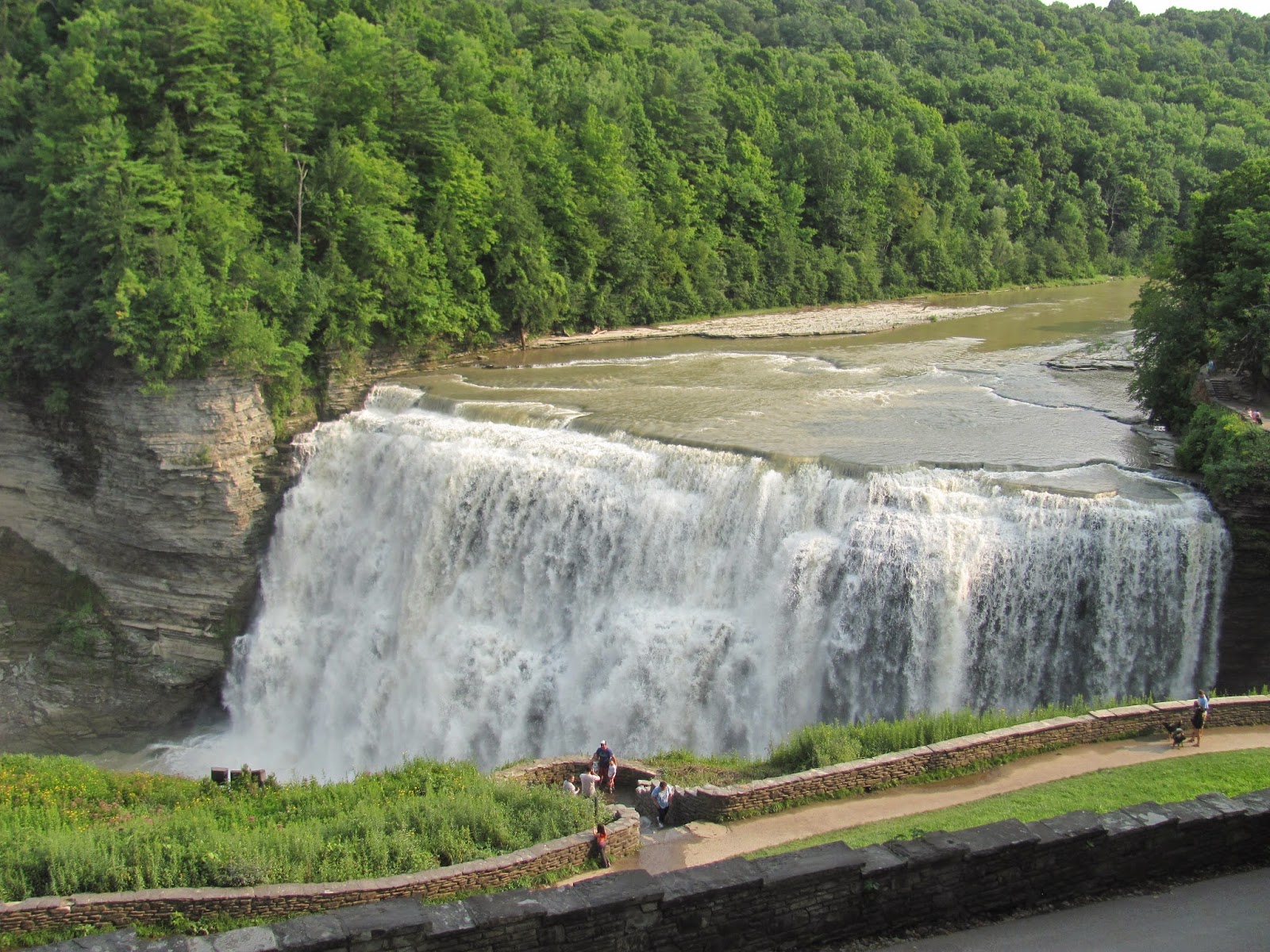 You can walk down to see it close up. 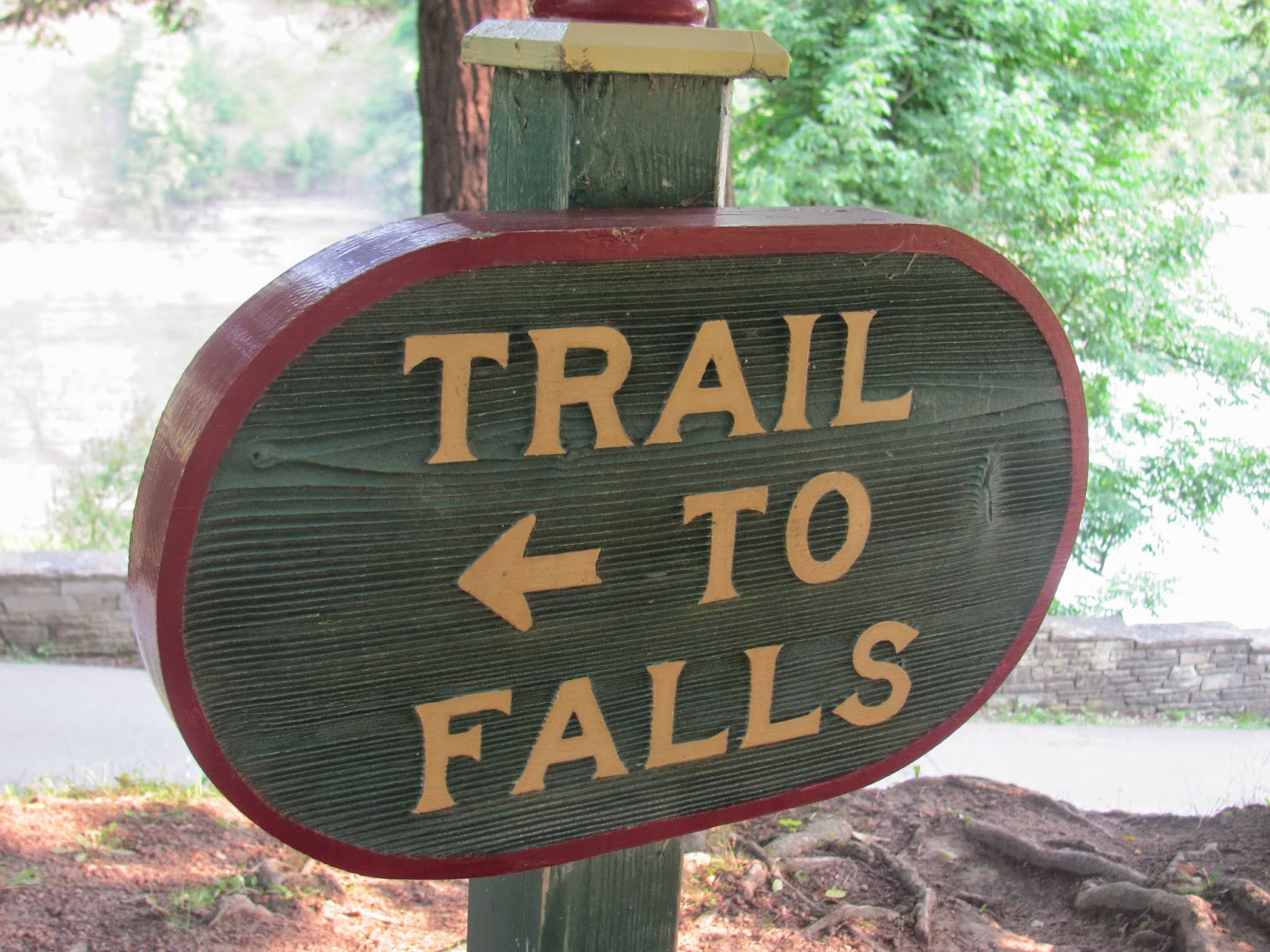 Though of course you're never far from the clutches of the American equivalent of Health and Safety... 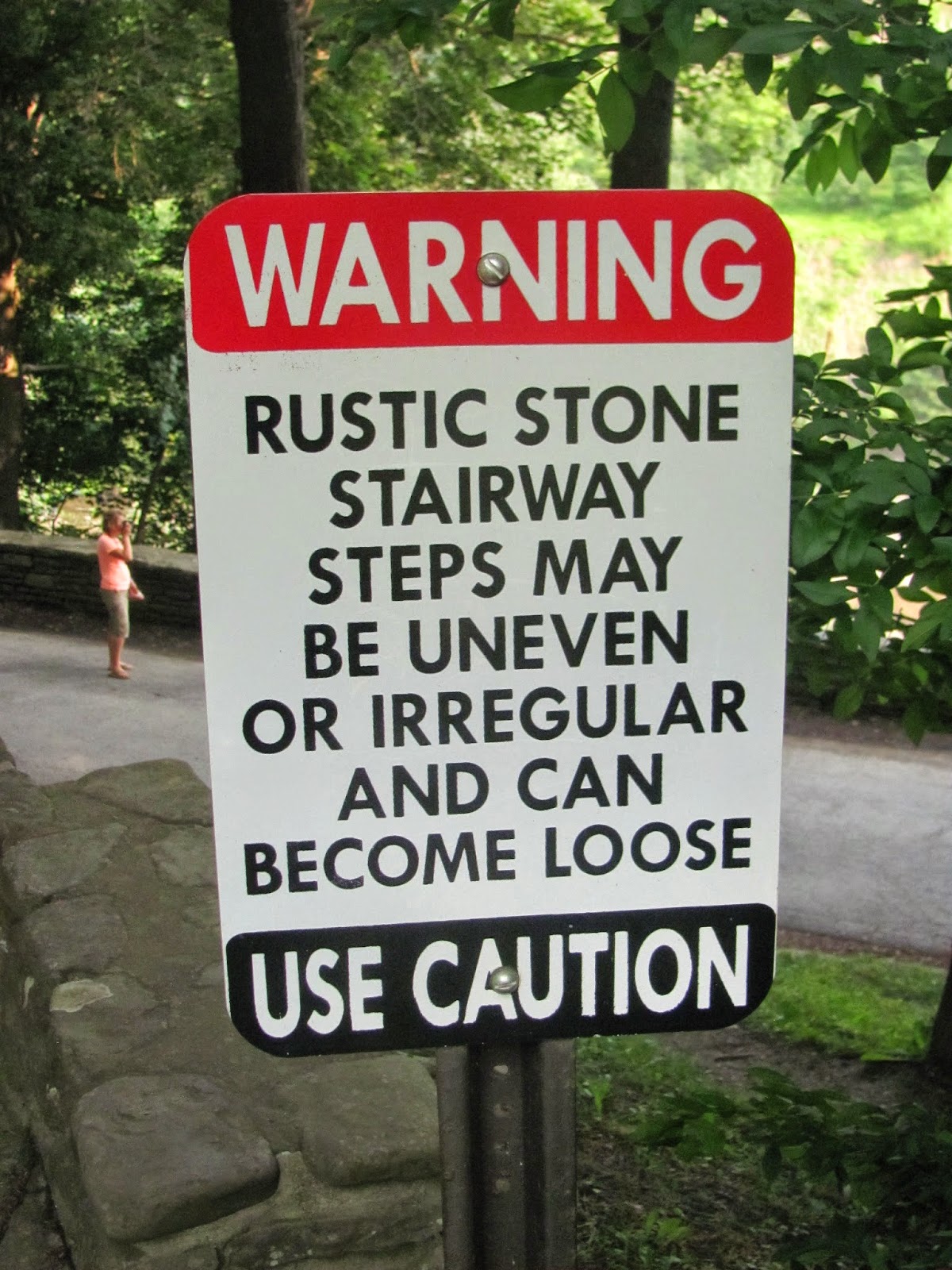 Are you scared yet? 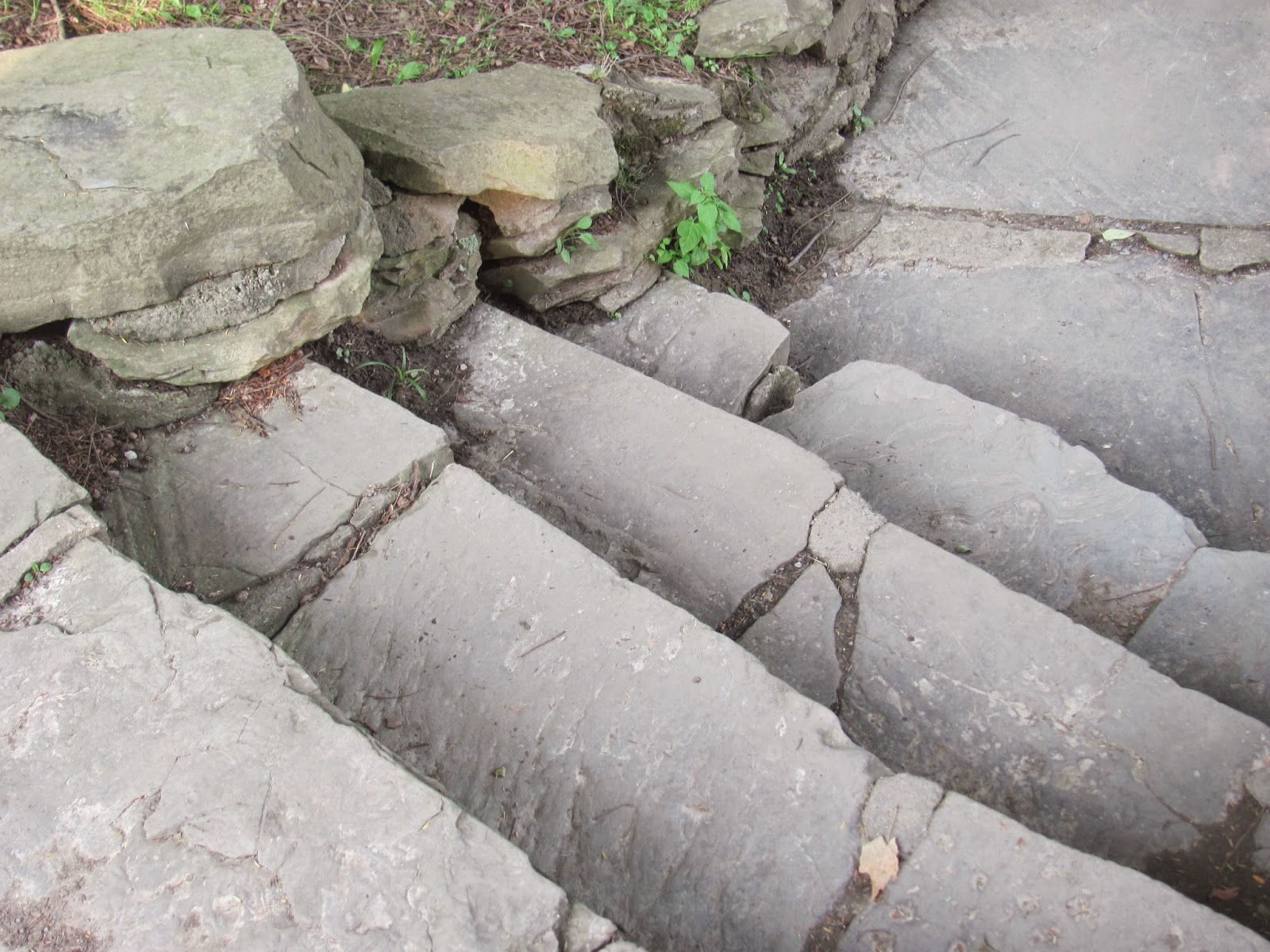 When you walk down the path 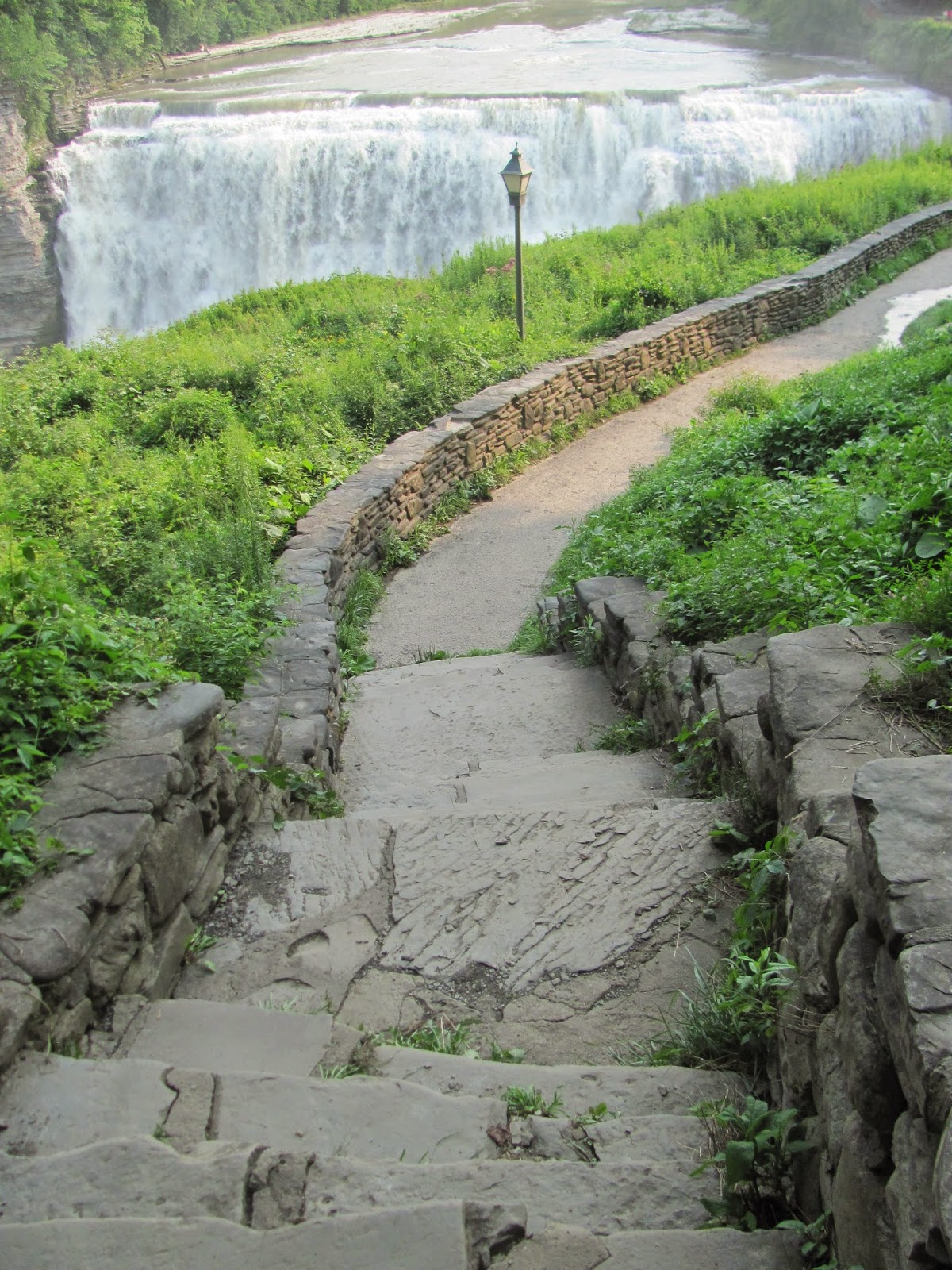 There's a pretty mini-waterfall to your right 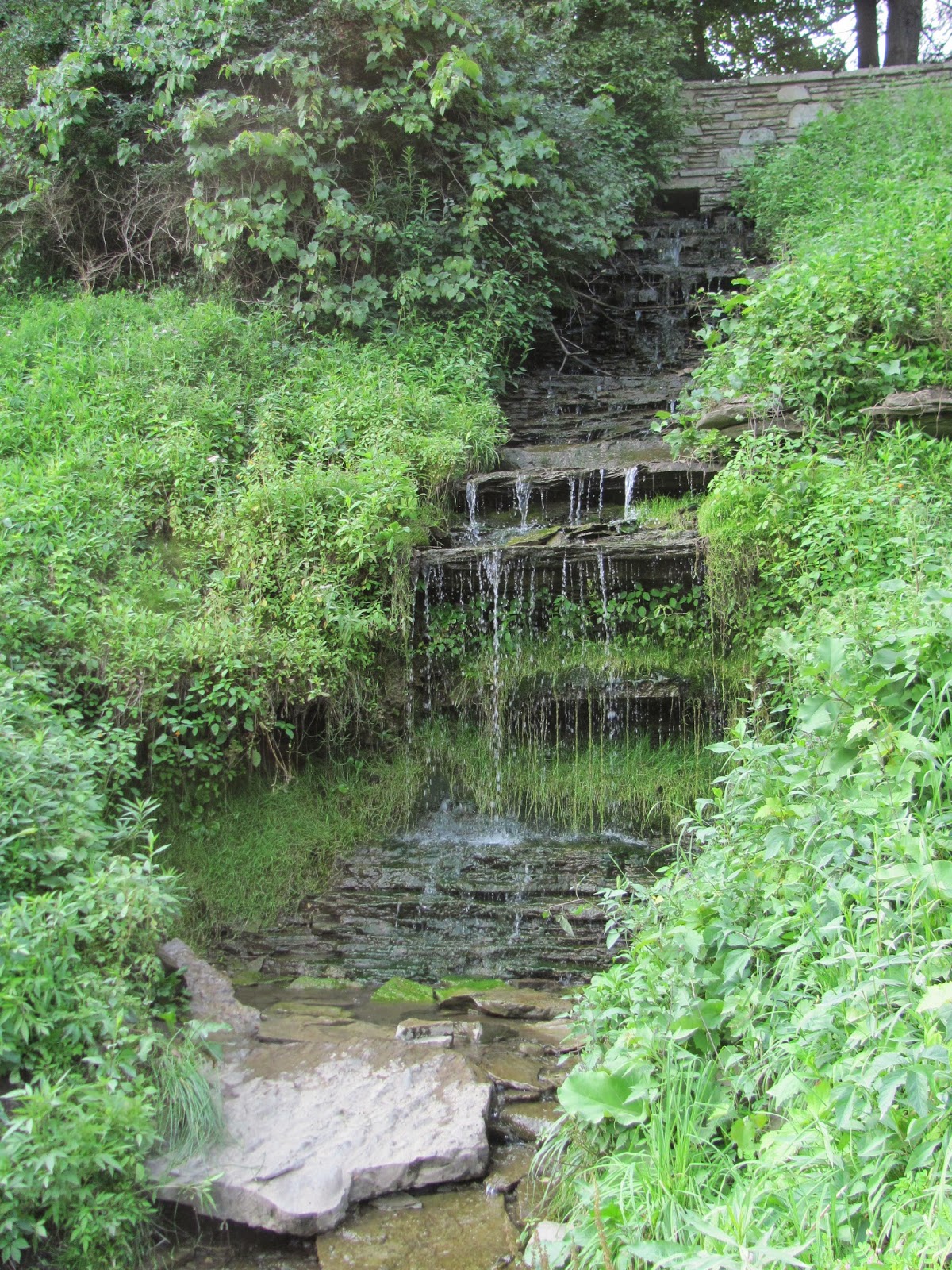 And then the real thing. 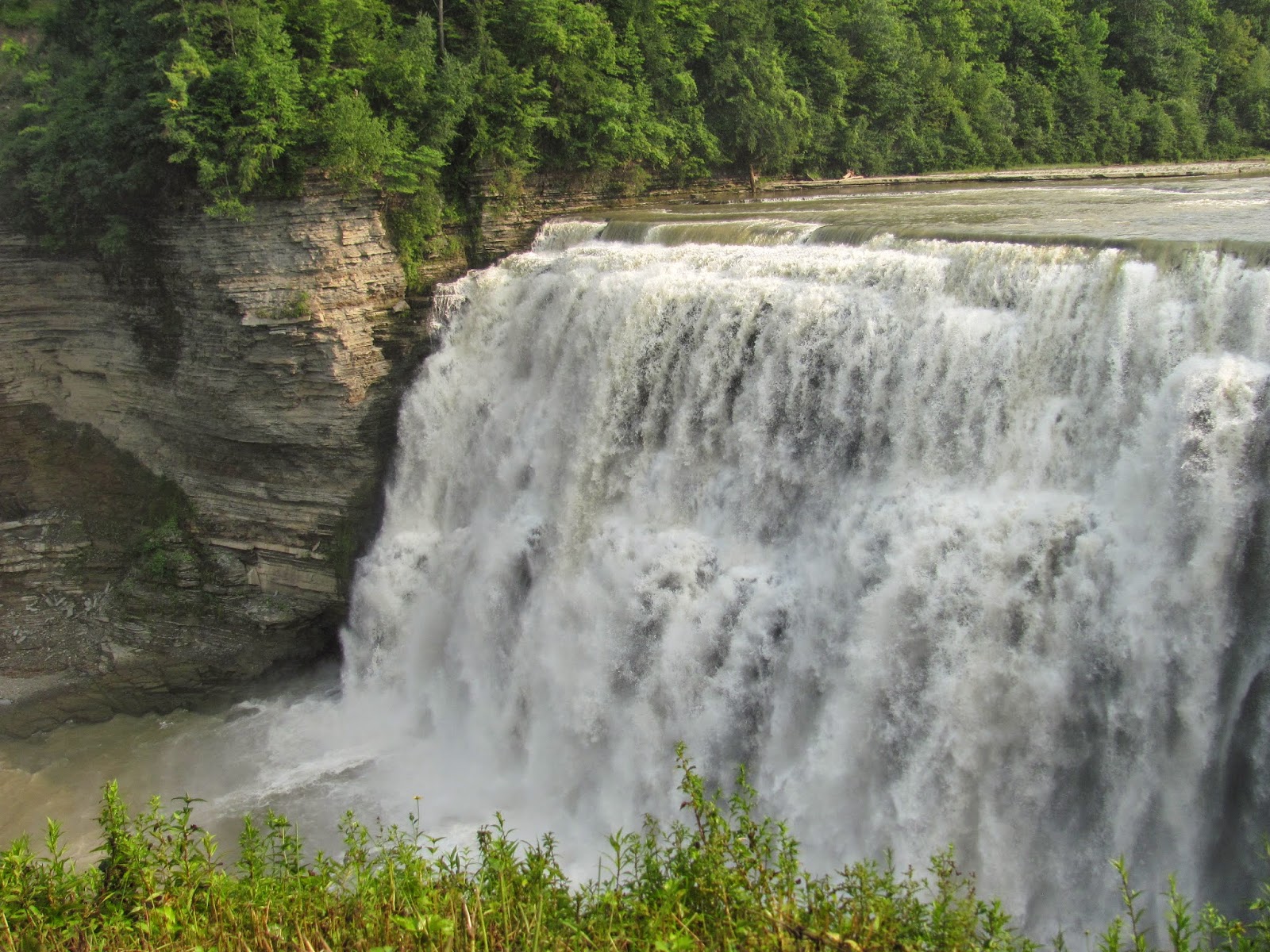 William Letchworth, a businessman described as a "humanitarian and conservationist" donated the land in 1906 to create a State Park, along with his country retreat, now the Glen Iris Inn looking mellow yellow and pretty  in the evening sun 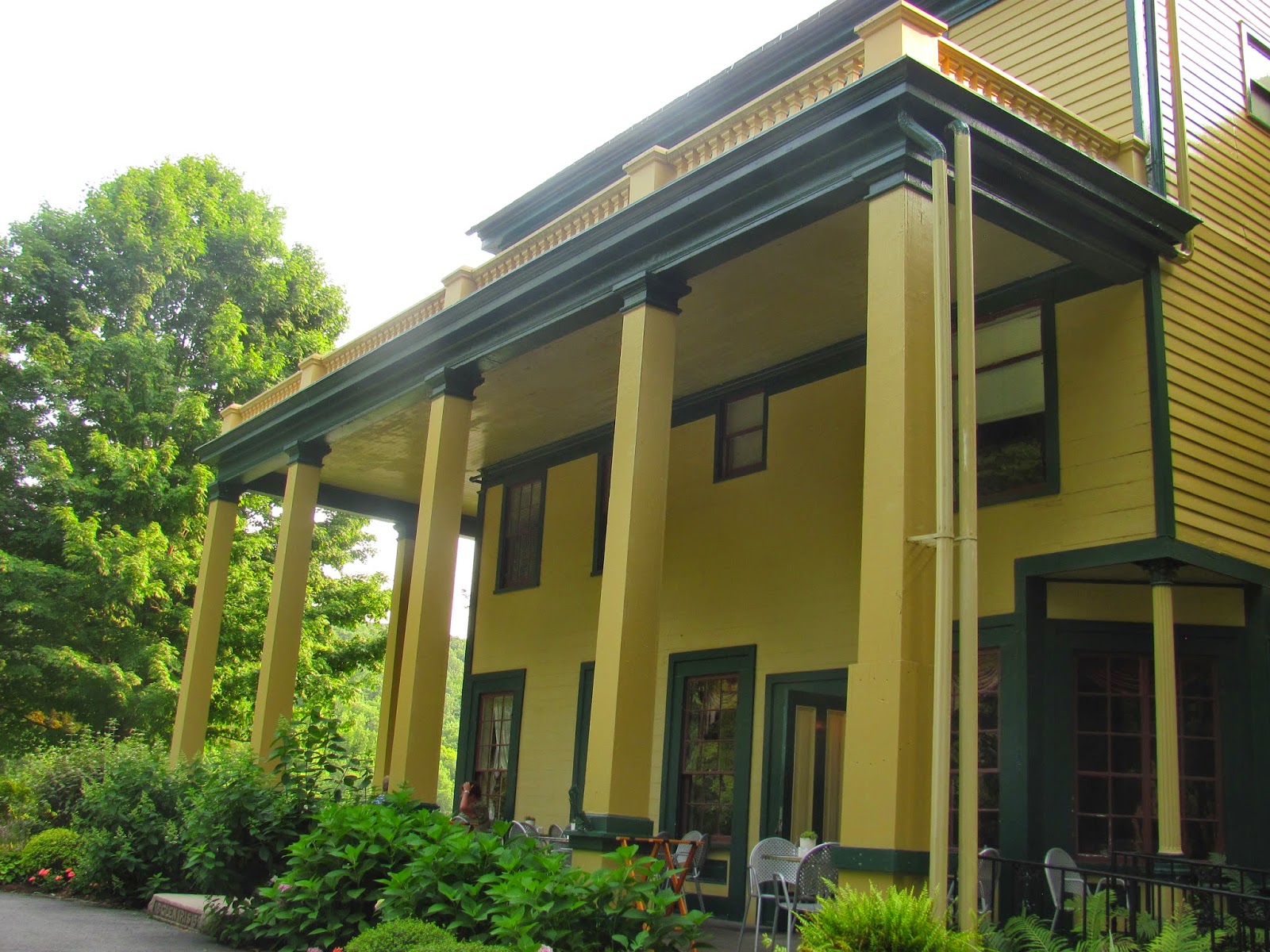 And even prettier on the other side. 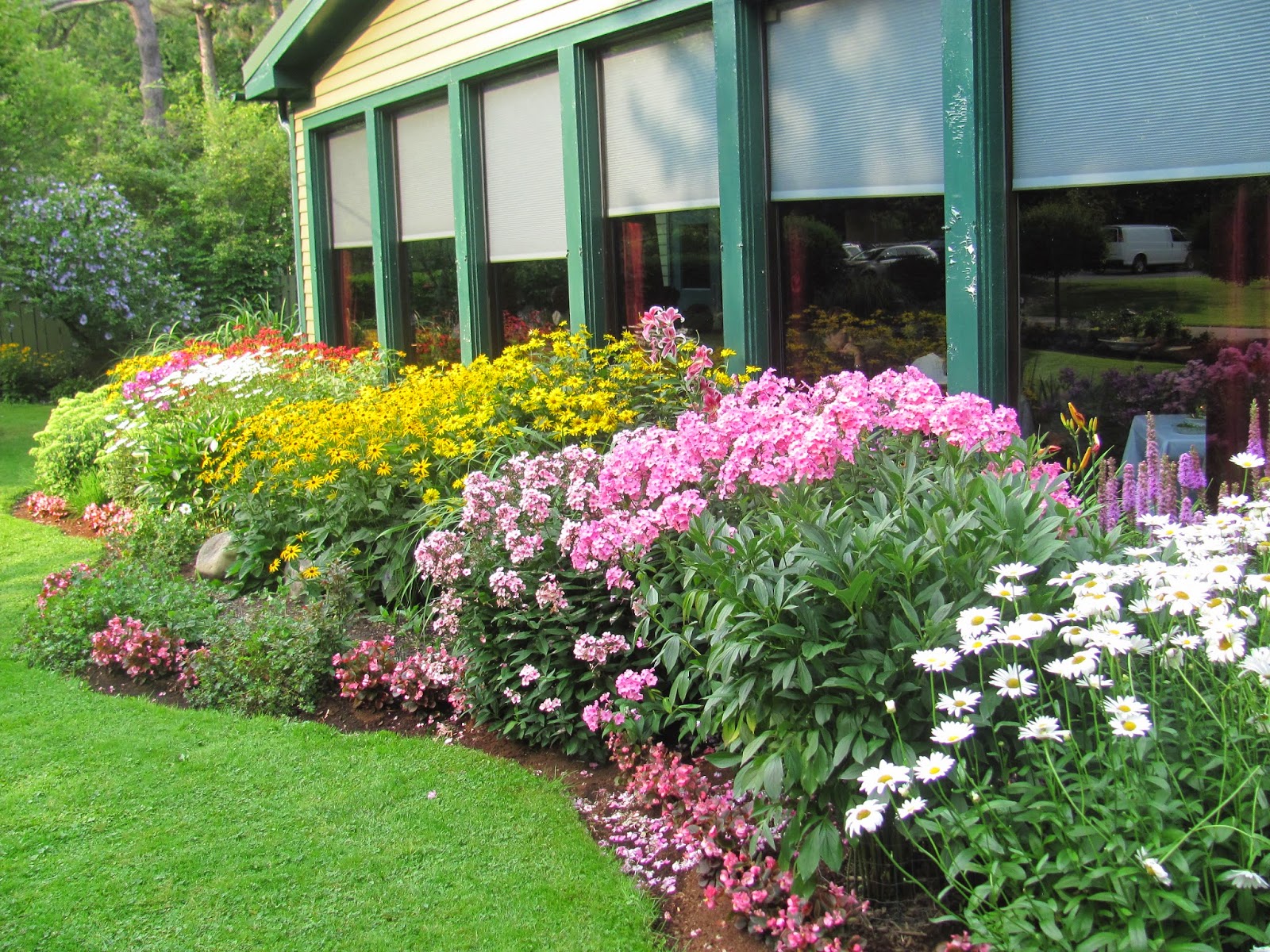 A lovely place to have dinner looking out over the flowers, though not over the waterfall, which is a pity. 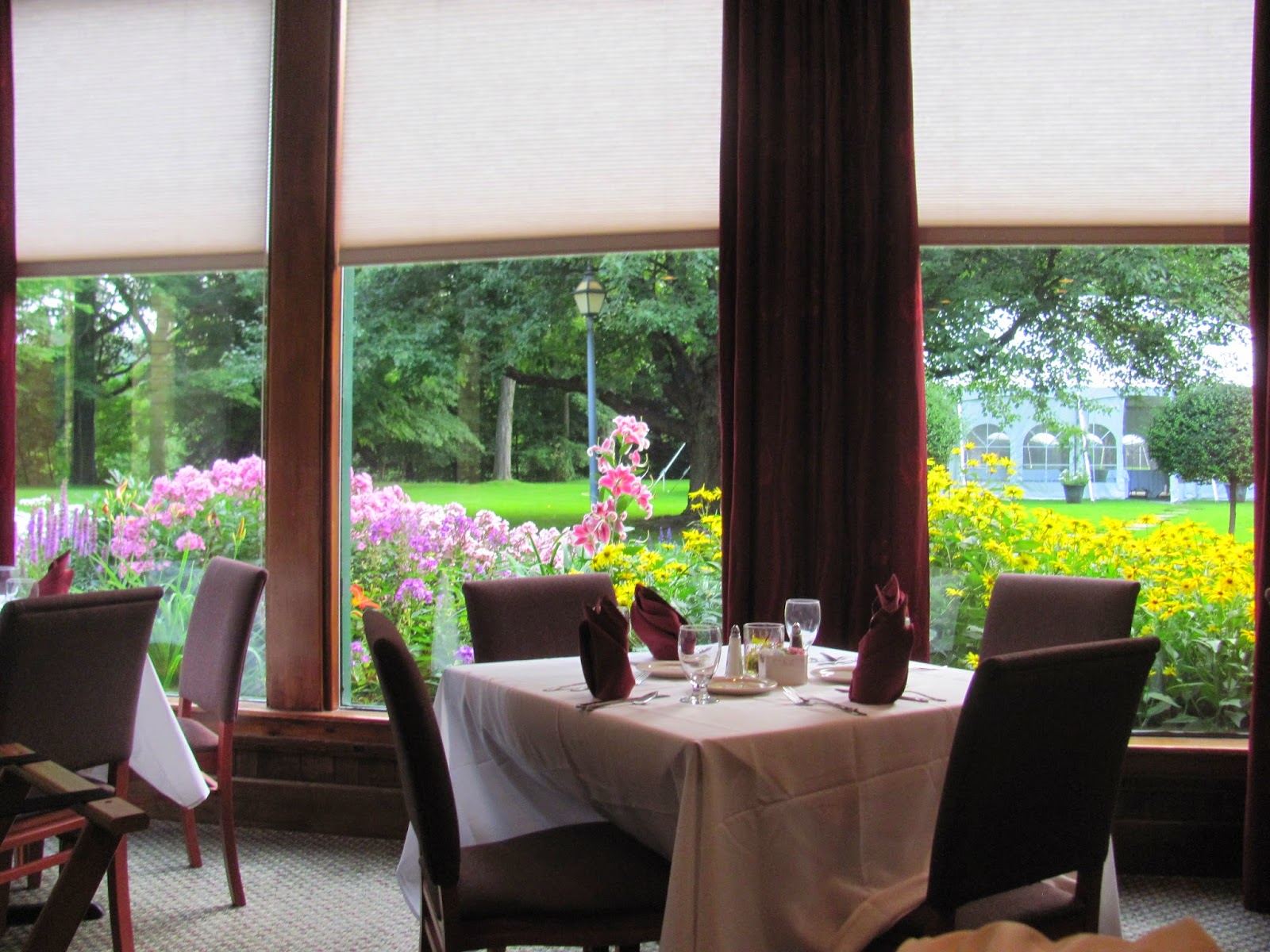 Here are some Bananas Foster in progress 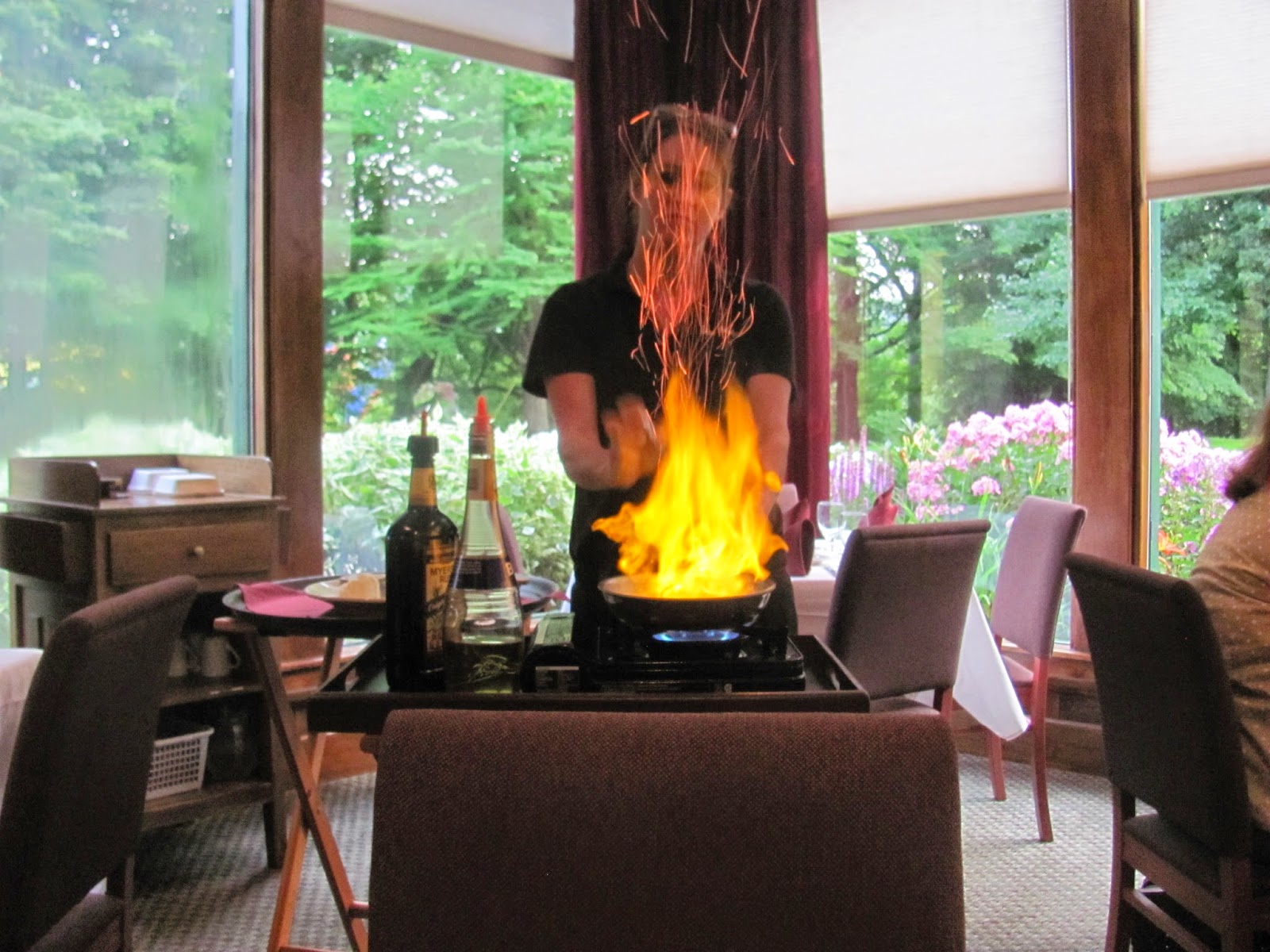 A shame, though, that some slobs at the table next to us came in looking scruffy and wearing baseball caps while they were eating. An insult to the other diners and a restaurant trying to provide a pleasant atmosphere - but unfortunately an all-too-prevalent American disease (and probably a British one too).
Posted by Alenka at 7:18 PM