People driving down Walnut Street  a few weeks ago, could be forgiven for doing a double-take.   The former Transfiguration Catholic Church was having its steeple removed.
“Trans” as locals affectionately called it, used to be the heart of the old Polish community, nestled in a district of typical western New York  wooden houses.  Then, five years ago, the church was closed and the parish merged with another one in town.  But it turned out to be not just an end but also a beginning. 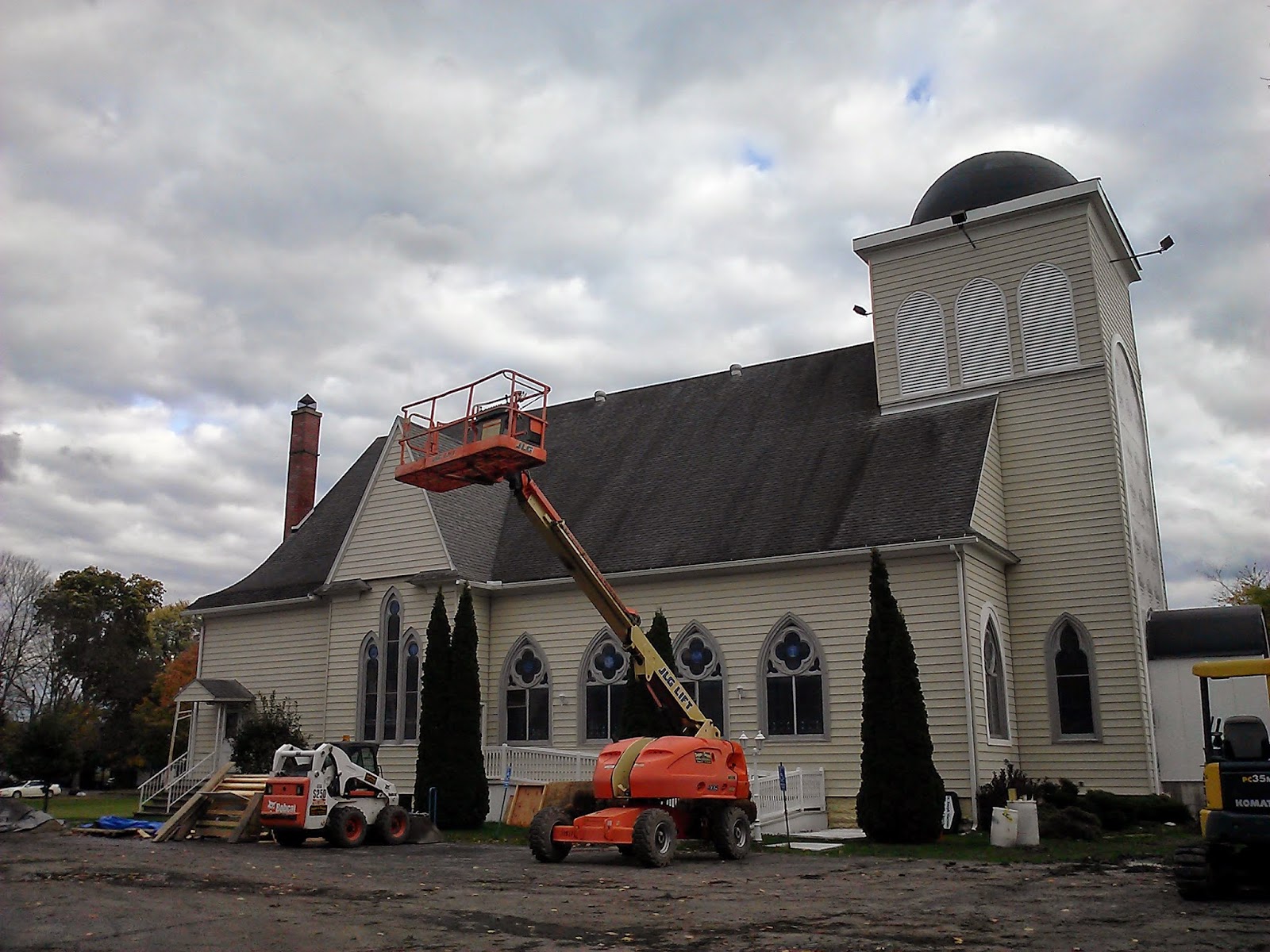 That bit of the story started three years ago, when disaster hit another church building in Olean. The   historic St Joseph’s Maronite Catholic church, built in 1919, went up in flames caused by an electrical fault near the altar.
It was a sad day for the town.   It may seem odd to have a Maronite community here in western New York but here they have been for over a hundred years.
The Maronite Church’s origins lie in the ancient Christian city of Antioch and the name comes from the 5th century hermit and monk, St Maron.
Maronites are scattered throughout the middle east but particularly in Lebanon. Their Church community is one of  many Eastern Rite Catholic churches, in communion with Rome but with their own distinctive liturgies.
The forebears of the present-day Olean Maronites came to America either to escape persecution or, like so many other immigrants, just wanting a better life in the Land of Opportunity.
Many set up small businesses - garment shops, grocers’ and the like.  Their descendants still own, among other enterprises,   a popular local restaurant – the chef’s mother came from Lebanon - and what I reckon is the best dry cleaners’ in the world, name of John Ash. They’re so good, we even bring them clothes to clean in our suitcases from Britain.
Every year the Maronites have a festival, the Mahrajan, which all Olean  likes to attend for its great food – the baklava is the best – not to mention its traditional belly dancers.
After  St Joseph’s  burnt down, the Maronites were offered temporary sanctuary in Transfiguration Church. They went on to buy the church  and the current building works, as Father Anthony Salim, whose grandfather came to America in 1911 explained, are all part of  a plan to make it more in tune with the Eastern Rite traditions.
For one thing,  the statues have been removed, to be replaced by icons.
And that explains why there's now a dome, not a steeple. And the good news is that it's still a church.
Posted by Alenka at 8:57 AM