On the way to the airport, we swung by the Marina and Buffalo Harbour. Though not to check on the boat, which is hibernating in a local farmer's barn. It was odd to see the floating docks removed and emptiness where ranks of boats bob in the summer.
Not to mention this... 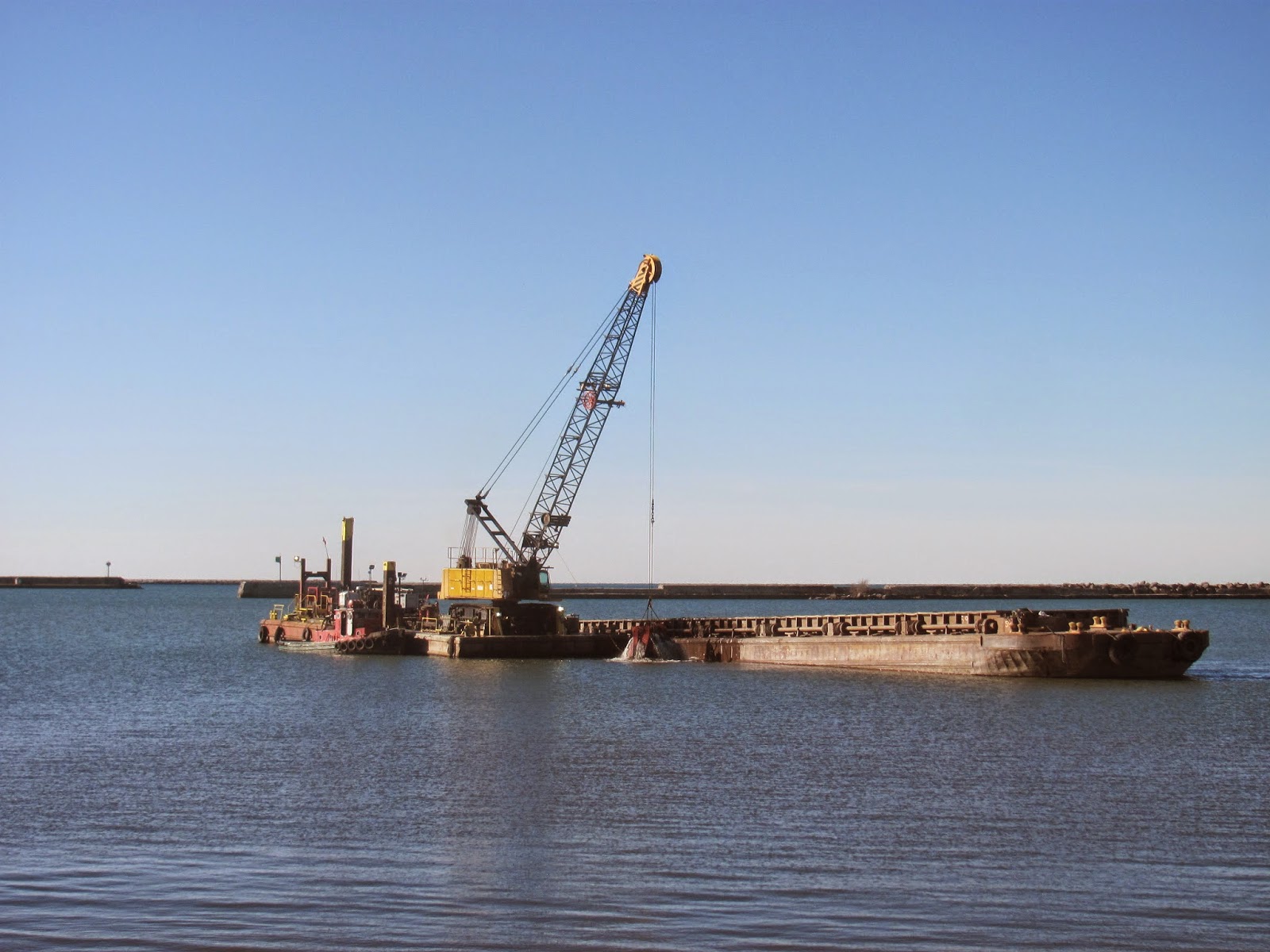 We wondered what this dredger and tug (tugboat to my American friends) were up to. 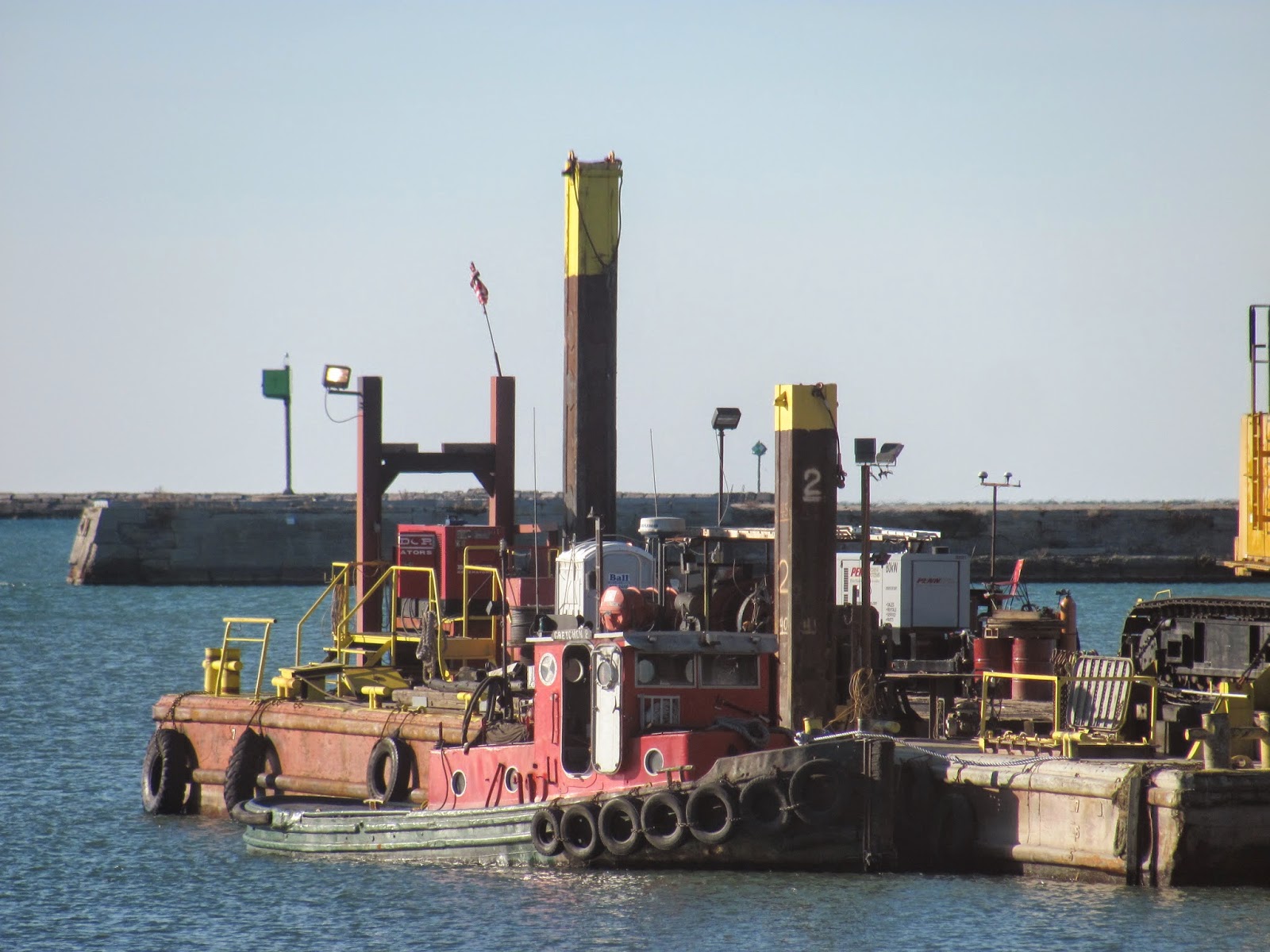 They were dredging something up. All kinds of possibilities present themselves. Mafia victims? Sunken treasure? 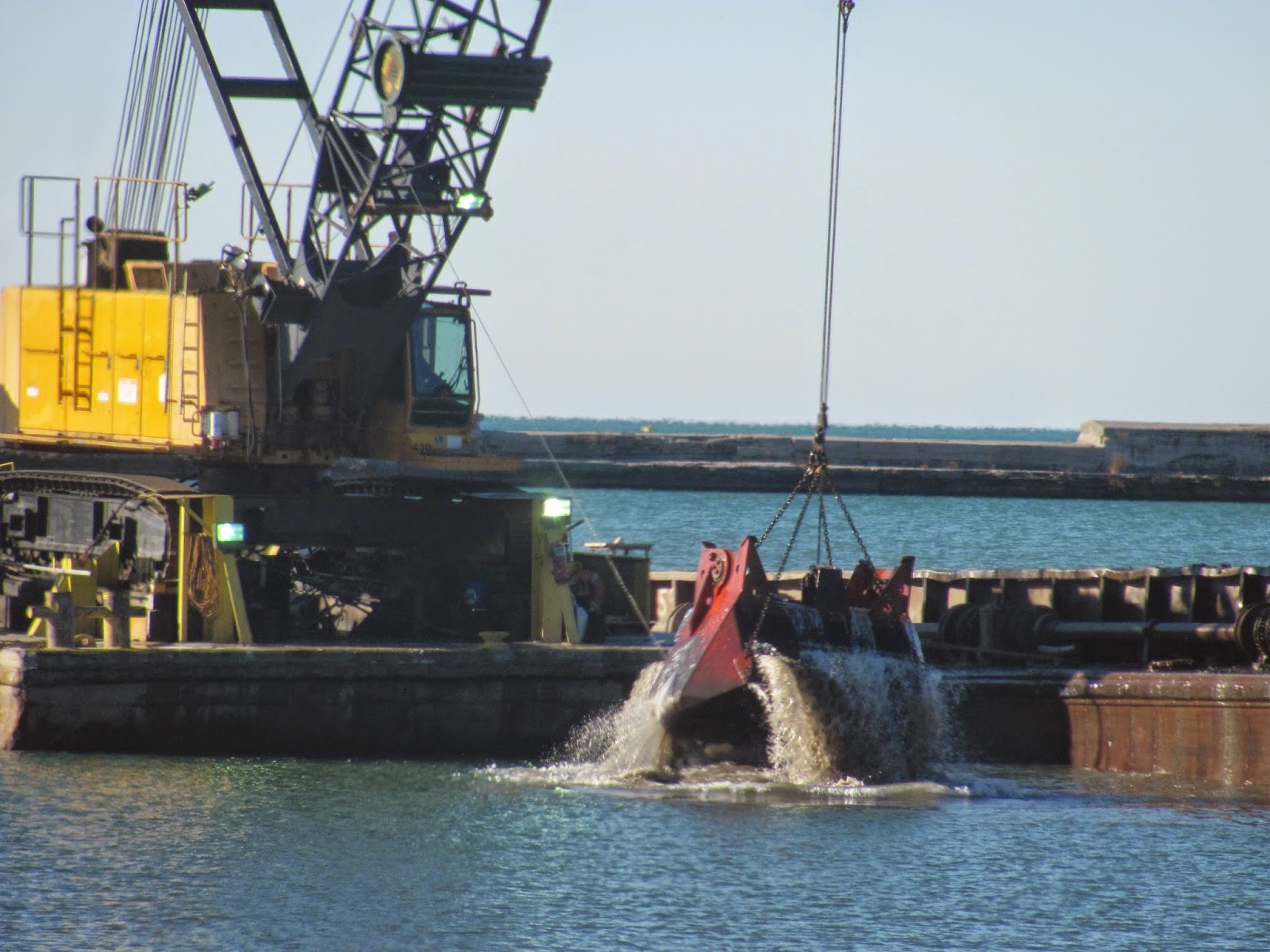 Perhaps they were making Lake Erie deeper to make it suitable for submarines. Perhaps it goes with those strange buoys that have been appearing that look like eyes on sticks. We always smile and wave when we pass them, just in case. 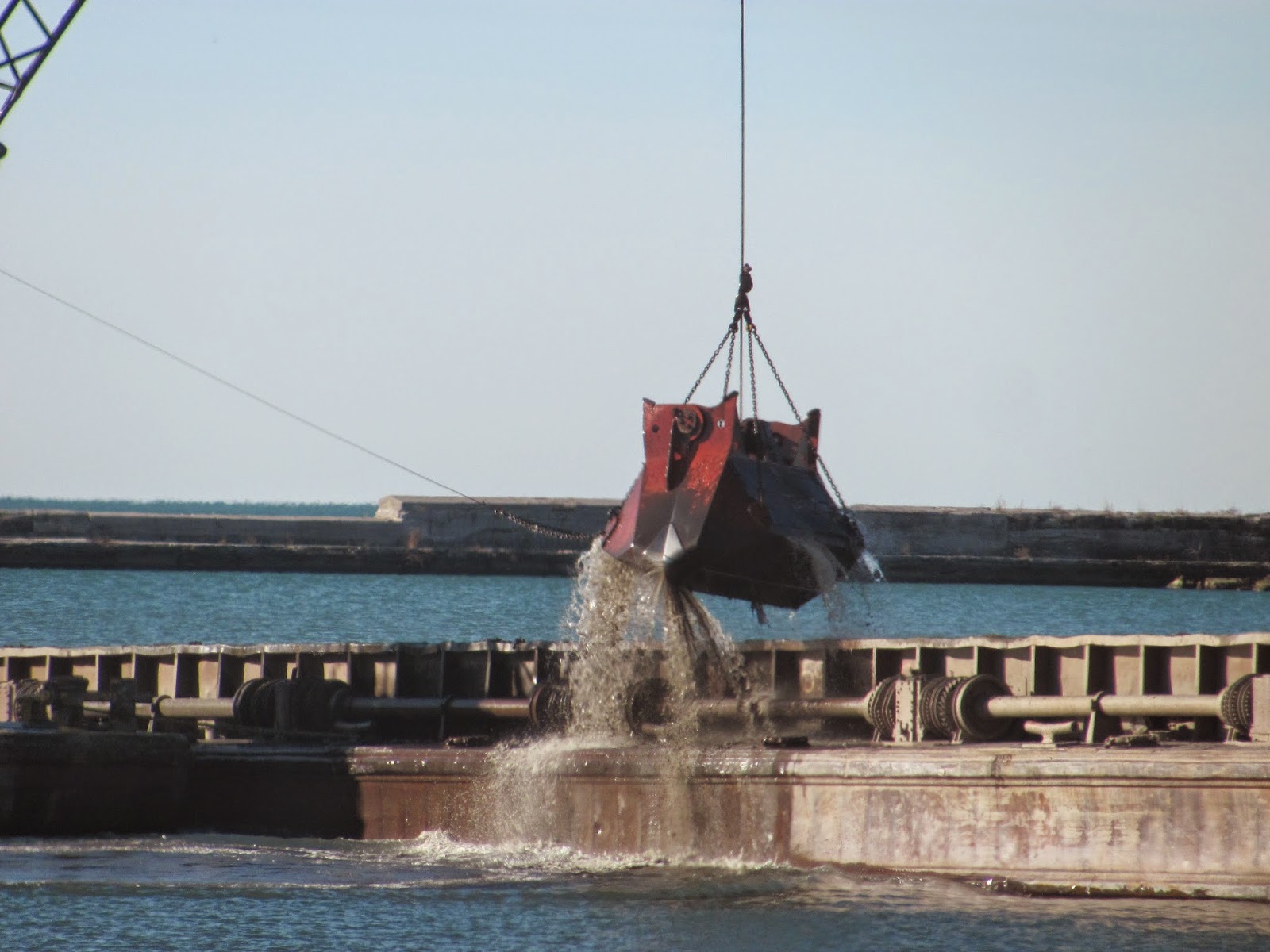 But whatever it was, it was going to take them a seriously long time. 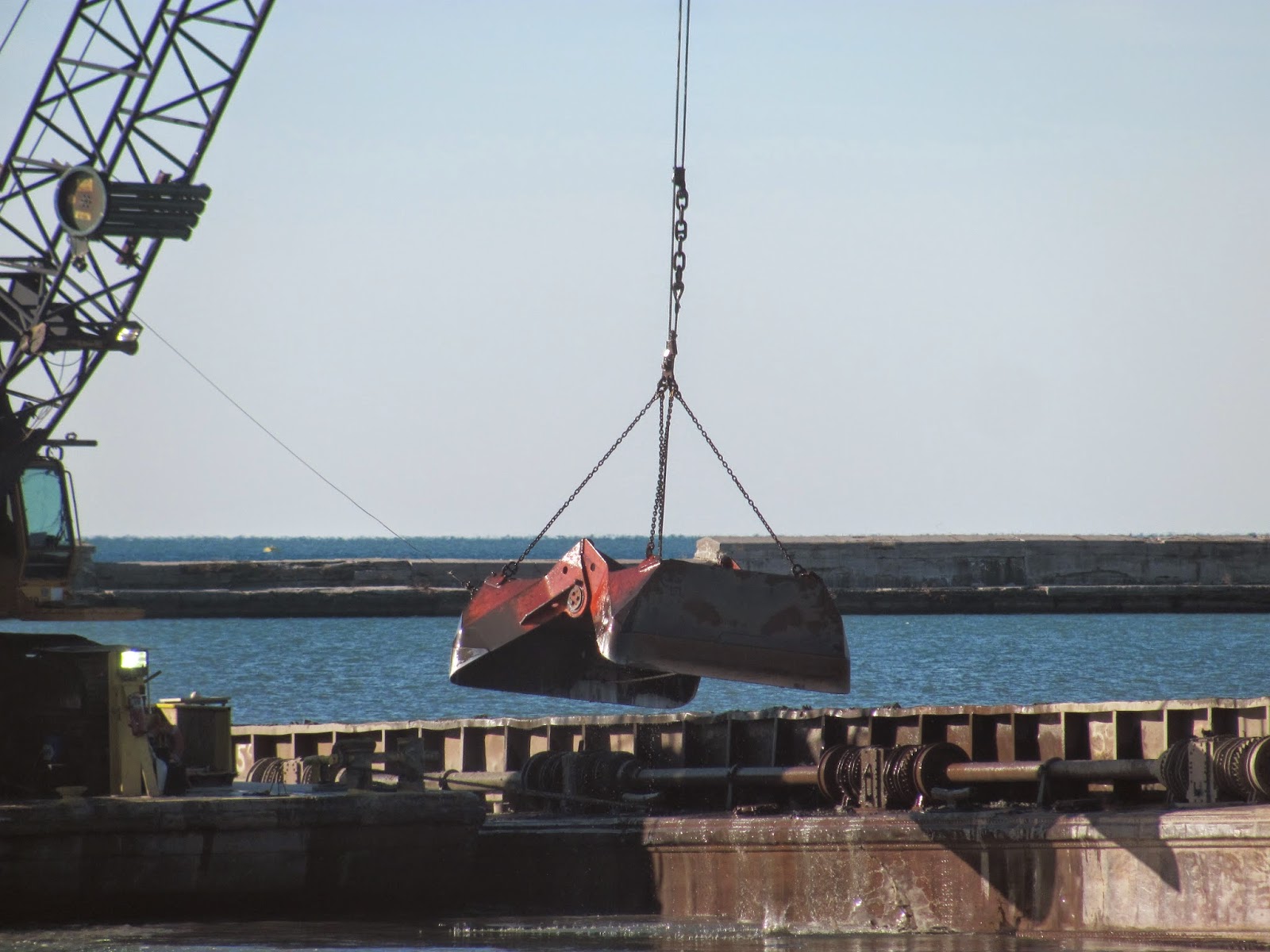 I expect we shall never know the real truth.
Though one thing we did learn. The Lake was very very far from being frozen over, so we can all look forward to some more thrilling Lake Effect Snow.
Posted by Alenka at 5:28 AM