Meanwhile Back in the Jungle

Things, though I say it myself 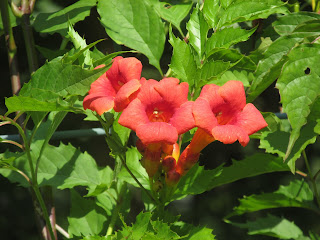 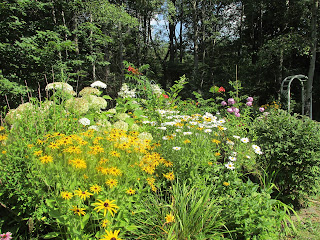 The weather seems to have adjusted itself to the very practical arrangement of mostly sunny and a little thunderstorm or two when you need it. 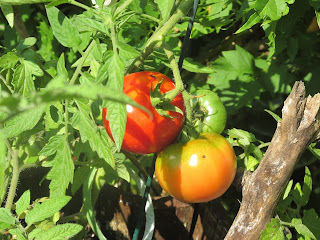 Unfortunately most of the tomatoes' confreres parted company with the vine, due to too many over-zealous support attempts on my part. The red one may prove to be a success though. Just a few more days. Hold tight! 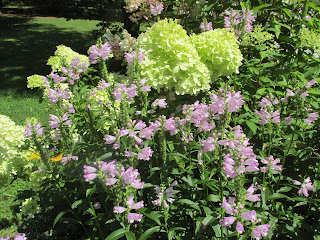 The Obedient Plant is doing as its told 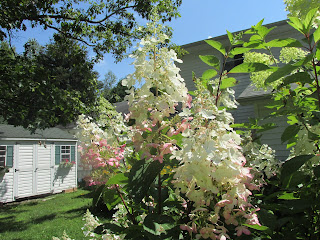 And the hardy hydrangea makes up for the one that never ever blooms, no matter how much I talk to it ala Prince Charles. 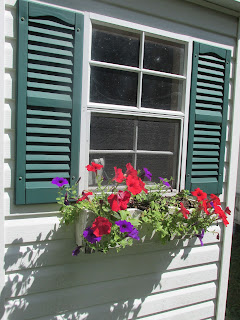 This year I refused to surrender the petunias to the slugs and they are hanging in there. 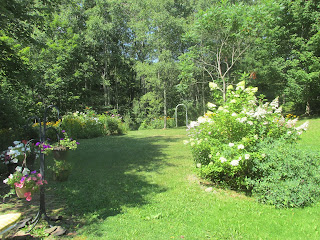 Not American-neat but it'll do.
Posted by Alenka at 7:44 PM