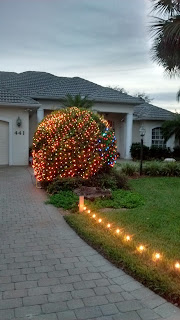 (Well there are 12 days of Christmas). Now this arrangement probably wouldn't work in western New York.. 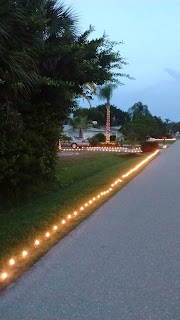 Where, in normal years, we tend to get a bit of snow. 2015 was an exception, though we still
haven't had to resort to this.. 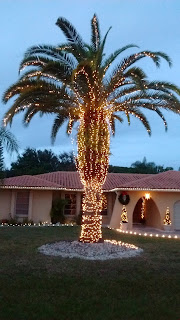 What Florida lacks in appropriate climate, it makes up in whatever way possible 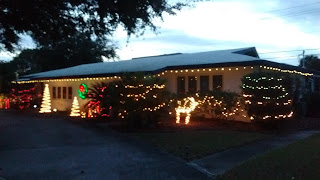 At the arboretum in the park, trees and bushes have been adopted, often in memory of a family member, or in support of some local cause. At Christmas time they're all decorated 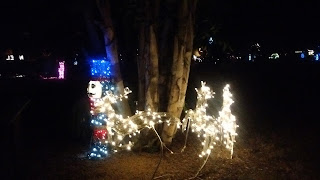 Each in its own way 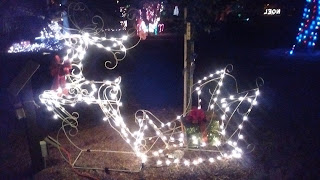 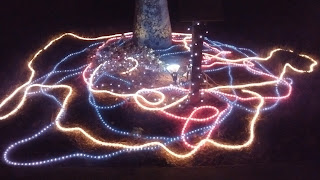 The effect is quite magical 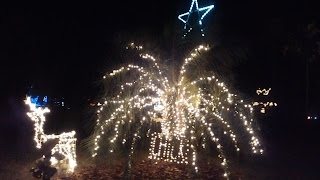 Though this, from the town beautifying association, might be misconstrued in Britain.. 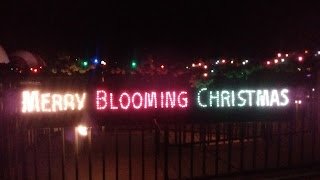 But I see what they mean 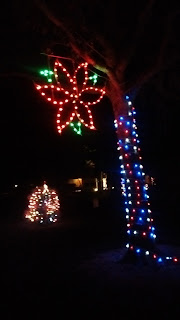 This is normally a pergola draped with a flame vine resplendent with orange blossoms. Now it's turned into a sky full of stars 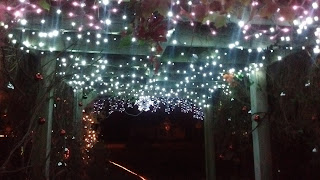 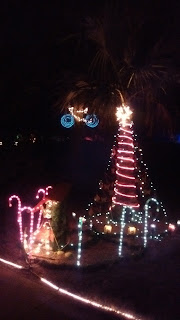 Even the devotees of the cycle path, aka trail, got in on the act 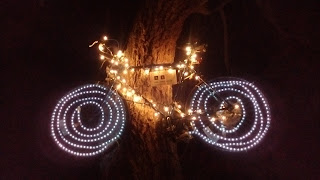 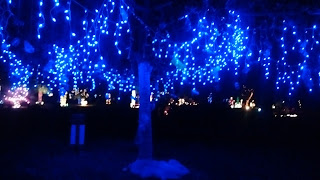 And an angel serenades a star 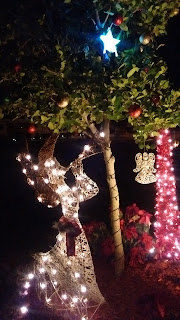 You could call this a palm tree maypole 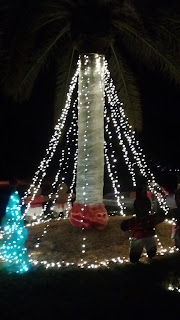 Meanwhile back to people's houses and Santa and his reindeer (near an inflatable snowman out of shot) made the best of things, gliding gallantly across the coarse Florida grass. 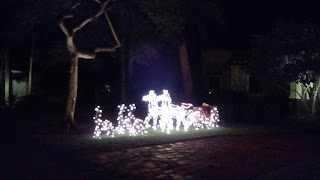 Meanwhile,  fireworks and champagne corks have been popping all along Golden Beach since sunset, an elderly gentleman's radio crackling out Auld Lang Syne in a 1930s dance arrangement while children let out for the holidays frolic in the unseasonably warm surf. We've had British New Year already, so I'll say goodnight and have a happy one!
Posted by Alenka at 10:21 PM