Cleveland had one more surprise to spring. From the outside it was an unassuming building, called the Western Reserve Historical Society. On the inside...a 1909 Auto-Bug 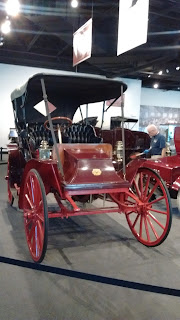 Part of a veritable Aladdin's cave 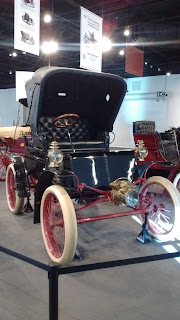 Of wonderful vintage cars, a 1901 Packard above, a 1916 Owen Magnetic below. Cleveland, like a lot of old American cities,  was once a haven for small car manufacturers. 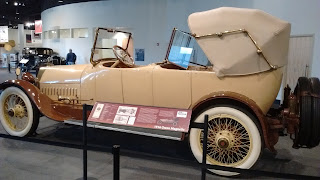 How's this for a horn? Poop-poop! 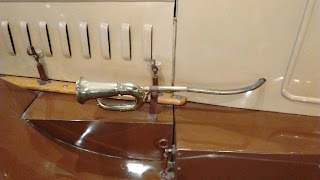 And if you fancied a little excursion, entirely at your own risk of course 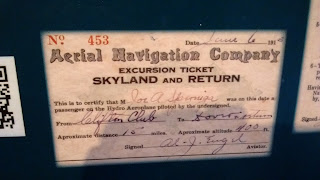 You could just hop aboard the Curtiss Bumble Bee, manufactured down the road from us in Hammondsport, NY. A hundred years ago, it really did give joyrides. And cost 6,000 dollars to buy at the time. A sign tells us that "The Aerial Navigation Company is not responsible for any consequences or unexpected occurrences that may happen during an excursion." 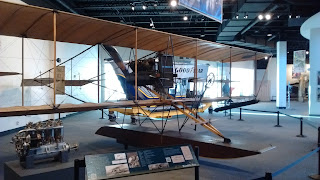 Plus the Company reserved the right to "alter the destination and duration of any flight, should atmospheric conditions necessitate a change". Sounds just like my friends at United Airlines.

Meanwhile, this was a "steam carriage", a "thoroughly practical auto-vehicle for everyday use". It was produced by a sewing machine company, evidently good at adapting to market conditions. 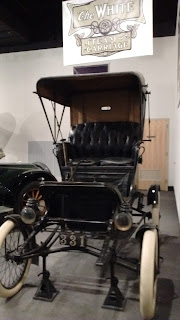 The adventurous Theodore Roosevelt was the first president to drive one. Or any car, in fact. 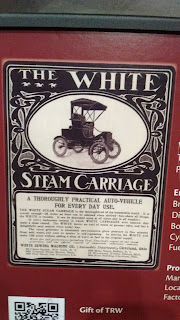 The exhibits were lovingly tended 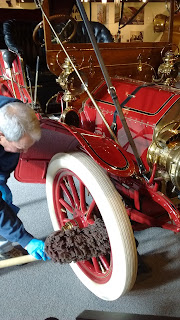 How's that for another horn? And a nice system of gears. 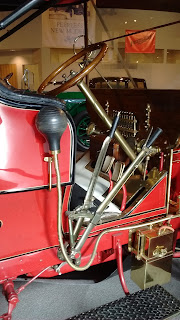 And the early 20th century's answer to the convertible, the Baker Runabout 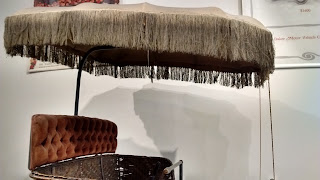 With some nice wickerwork 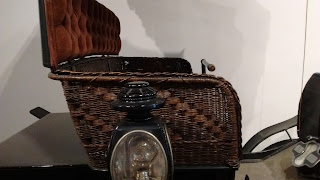 For a break, you could take a quick turn on the old-fashioned merry-go-round, aka car(r)ousel. I got a token to ride with my admission ticket and I obviously didn't want to waste it. I would have had it all to myself which might have been a little embarrassing, until hubby gallantly said he'd come with me. 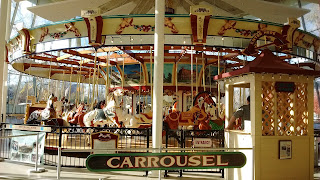 This car apparently went all the way around the world in 1911. It was appropriately called the "Hupmobile". 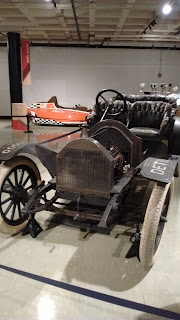 And here was the latest in caravanning. I bet a few people got stuck behind him. 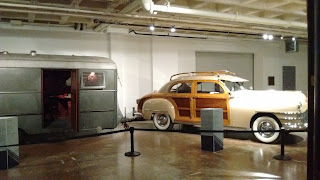 And another natty camper van, then called a "house car". Well of course... 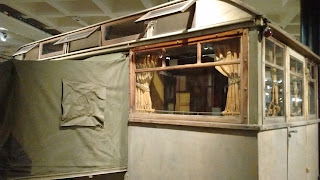 But what was this? Robert Manry's little boat, called Tinkerbelle, that famously sailed the Atlantic in 1965. It was only 13 and a half feet long. (Americans still do feet). 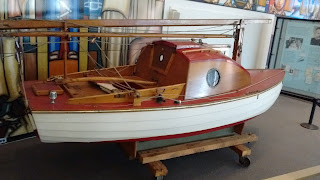 And the note dropped by the Royal Navy , "Welcome to British waters" 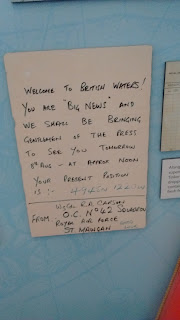 And on top of all that a fabulous working train set. The scenery included a mountain railway, a circus with elephants and of course loads of shoppes. 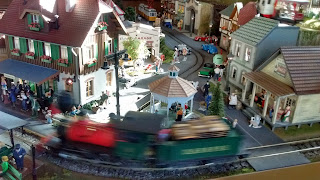 Even better than the one I remember at Hamley's. Plus a costume gallery. This was a "special occasion" dress for a little girl. 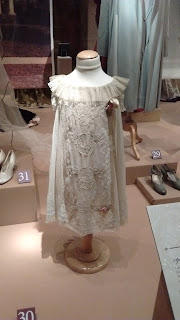 And a grown-up version. I'd have that one like a shot 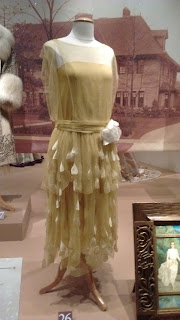 In fact I'd have everything in the Western Reserve Historical Society like a shot. What a delight our little patch of Cleveland proved to be.

And now the blog is off to Florida - just as the weather there is starting to turn cold. Well, wouldn't you know? Watch this space.
Posted by Alenka at 6:17 PM