On Saturday night all hell broke loose  - thunder, lightning, rain pounding against the walls and windows. The power went out for half the night. The next day, every warning under the sun was out - riptides, high waves, high winds, red algae, you name it. We took a look at our beach, where the waves, with a little stretch of the imagination, were well on the way to resembling Niagara Falls... 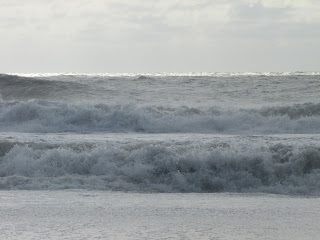 But that was nothing compared to the top of the island, where the jetty had been closed, presumably for safety reasons but that didn't stop a long slow crocodile of cars nosing up there to see what was going on. What was going on was pretty spectacular 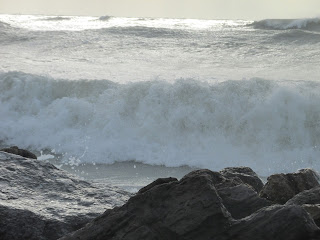 With spray splashing wildly up over the rocks 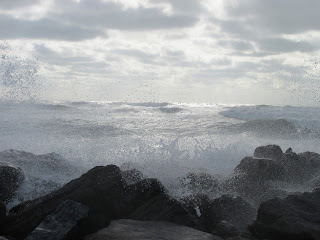 And believe it or not, there, in their wet suits, were a bunch of intrepid (or crazy) surfers 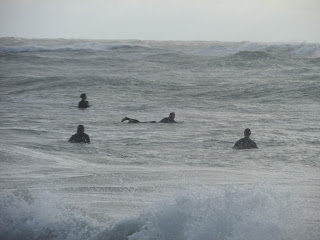 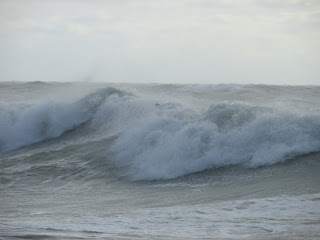 They were in there somewhere.. 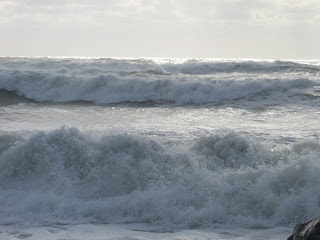 Phew, there he goes.. 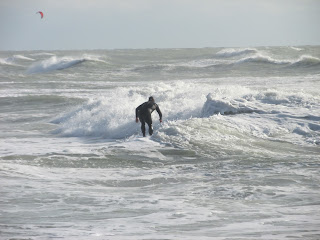 Meanwhile I wonder if their parents knew what these kids were up to... 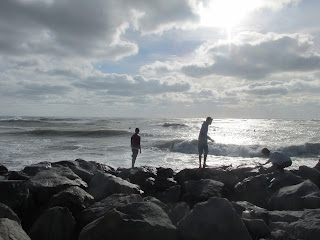 But we were lucky. The worst damage in our neighbourhood seemed to be downed palm fronds in their dozens, although we did find an unidentified piece of someone's roof in our back garden.  In nearby Sarasota, things were much worse. A tornado just missed a church, another destroyed a house on swanky Siesta Key and tragically, two people were killed when the winds hit a trailer. Not quite a hurricane but bad enough.
Posted by Alenka at 9:00 AM