You know one thing I really miss in America? Not having anyone to discuss  The Archers with.  It's my daily lifeline to Blighty.  I've tried to get American friends hooked on it (learn all about the chattering classes' view of a real English village) but they just can't get their heads around the idea of a radio soap. Those went out with ice boxes in America. 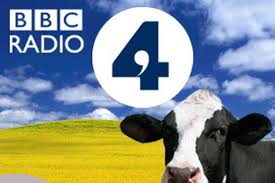 So, for insights on the Rob/Helen domestic abuse story which is currently dominating all else and  taking "raising awareness" to new and terrifying heights,  I have to turn to the internet. And I find that no one out there seems to share my two main theories:
1) Helen is frequently seen as blameless, an independent, strong career woman turned into a gibbering wreck by her wicked, manipulative hubby. Rubbish.  Helen was always, as the Americans say, a flake. Don't forget that listeners used to nickname her the "Hell-Queen." Her career extended to running a small shop and making cheese for the family business. And call me old-fashioned but she brought a lot of her troubles onto herself with her poor choice of men and most of all by her selfish plan to have a baby minus man, just because she wanted one. Who was the control freak then? And then to jump into a relationship with a married man she hardly knew, disregarding all the early warning signs. (What about Jess's ominous words, "You don't know what you're taking on", or the time Rob told her to take her topknot down because it wasn't seemly for the future Mrs Titchener, not to mention the infamous tuna casserole episode?)  Plus she did her own fair share of lying and cheating, not least to her own mother.  Her false cheerfulness at her situation and constant denial of it to friends and family is becoming as irritating as Pat's puzzling inability, or refusal, to see that her daughter and grandson are in big, big trouble.   Not saying Helen's getting what she deserves, but let's get real here.

Having said that, Rob is as dastardly as they come and needs his just deserts,  which brings me to:

2) Has everyone forgotten Stefan?  The east European cowhand who disappeared after being the sole witness to Rob diverting the course of the flood and possibly causing the epic deluge on the village and the demise of poor Freda Fry. I don't want Rob to die horribly at the hands of either Helen or anyone else, briefly satisfying though that might be.  I want him to live and face his wicked deeds. So I'd like Stefan to come back, having wrestled with his conscience, go for a pint with PC Burns and spill the beans. Or, if Rob has indeed murdered him, for his family to show up demanding an explanation. They're not idiots in that part of the world, you know.
Oh and be quick about it.
My book club got very excited about "Girl on the Train" the other day. I do wish I could get them on to this!
Posted by Alenka at 5:12 PM