Now how about this for an exciting place to stay? Admittedly not quite in Mentor but not far, it was another of those grand houses built by Ohio bigwigs in the old days. It's called Steele Mansion. 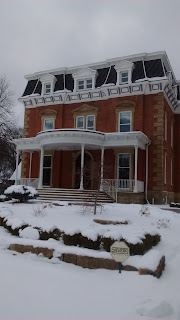 Now it's a B & B with lots of nice little touches. 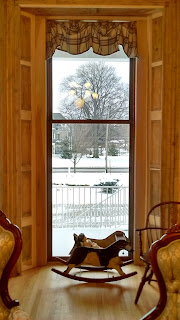 Such as old telephones on the walls 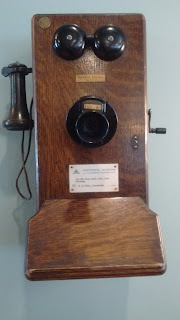 And in the bedrooms. 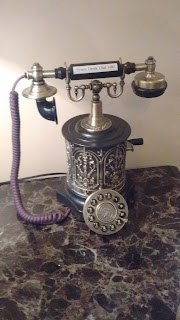 Though the plumbing left something to be desired. 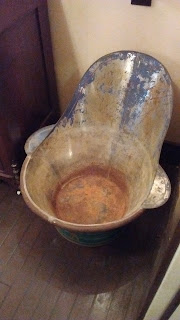 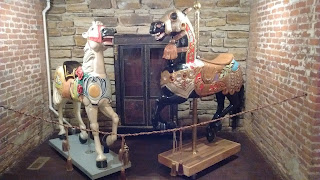 This was interesting - a one time secret room used as part of the "Underground Railroad", which helped slaves escape to the north before the Civil War. 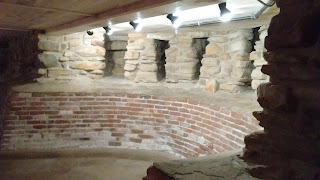 They used this window to get in and out.

These, I think, were old sleigh bells. 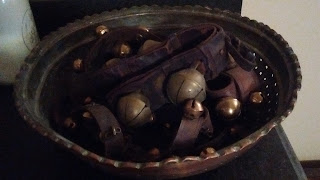 There were elegant lounges 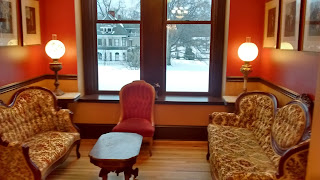 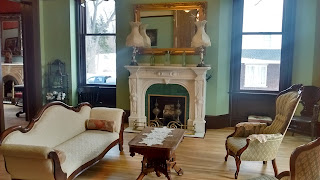 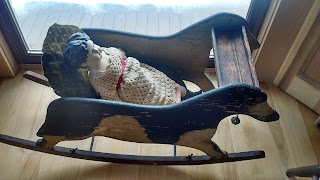 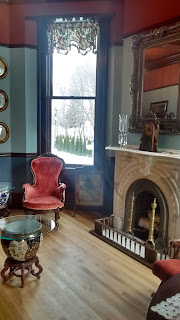 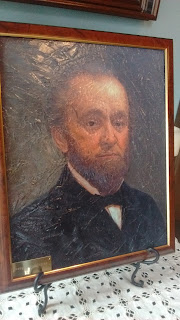 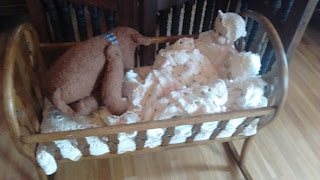 And a stylish rocking horse 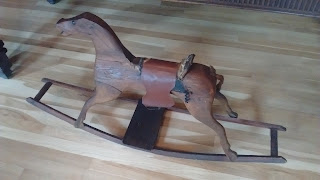 Remember President Garfield (see below?)  Mr Steele donated the princely sum of one dollar to his monument fund. 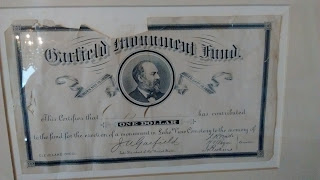 In fact a room was dedicated to Garfield memorabilia, he being a local boy after all. 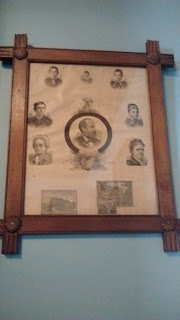 Now this looks just like my old saddle. It would be considered quite posh in America, being an "English" saddle, as opposed to a "Western" one such as the cowboys used.

Across the street, you can see part of  Lake Erie College, apparently big on equestrian activities. The building in the distance looks like one of those wonderful old British Victorian asylums that have now been turned into flats. 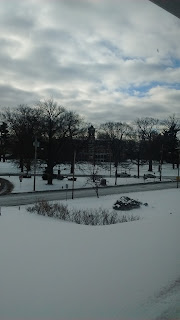 There were old photographs everywhere. 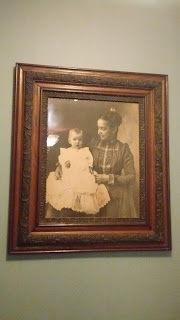 I wonder who they were. She doesn't look too happy. "C'mon, Granny, get in the photo!"
"Well, if you insist but I'm not putting me teeth in." 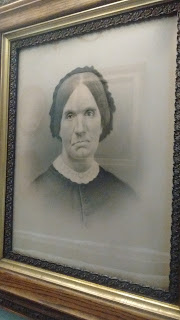 But the most amazing thing about Steele Mansion was that, just 10 years ago, it was nearly destroyed in a fire. The photo shows some of the damage. Apparently someone was trying to clear icicles with a blow torch. Now the moral of that is...... 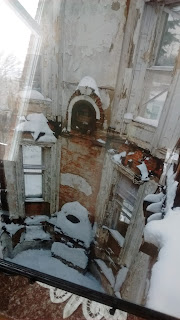 Very fortunately it was saved. I'm not in the business of advertising but I really don't mind giving Steele Mansion a plug. Not your ordinary B & B.
Posted by Alenka at 8:44 PM