The Other New York 8: One Big Park

Well wouldn't you know, the next day was bright and sunny. We strolled down to Central Park, past some of those canopies that posh American blocks of flats seem to love. I spied a couple of porters, aka doormen, in different livery chatting. Probably sharing gossip about their eccentric residents. 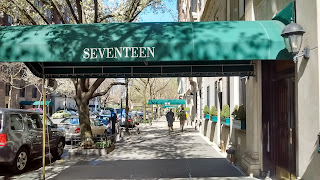 London has a lot of parks; New York has one big one. So if you don't live near it, you're out of luck. 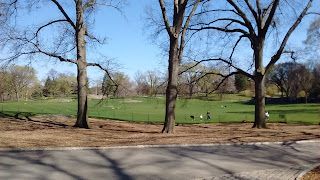 But if you do live near it, it's a delight. We were in the northern part, which isn't so well-known. There's a vast reservoir, named after Jackie Onassis (did she jog around it or swim in it?)  and some interesting rock formations. 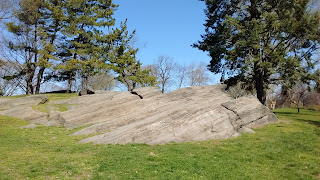 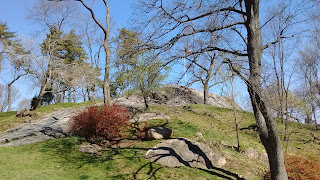 What's the story behind this? 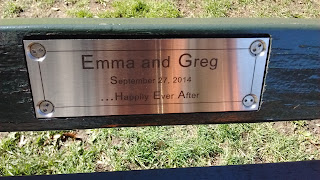 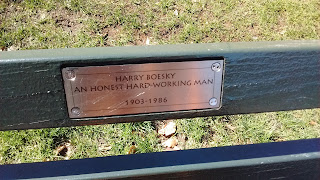 The tulips in the City were doing better than ours back home in the sticks. 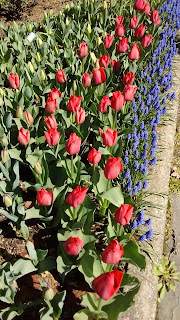 As were the daffs. 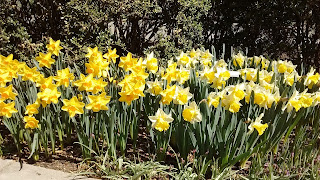 The pond was waiting for water. 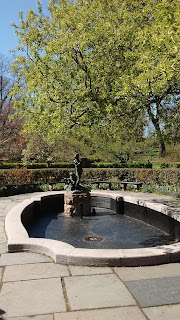 The botanical gardens, still bare in places were a genteel refuge from the traffic noise and hustle-bustle. 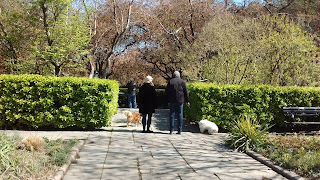 Though of course they had to make it official 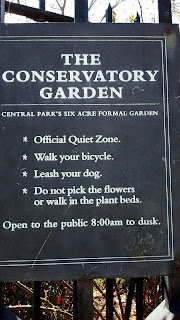 Was this tree coming or going? 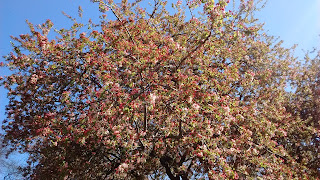 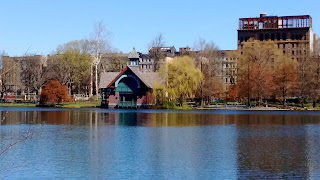 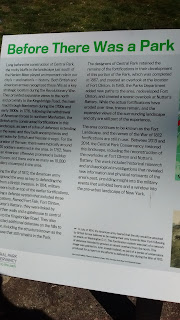 There was apparently an old convent. 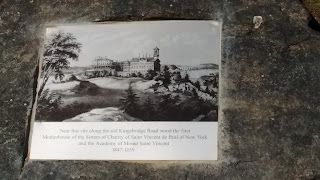 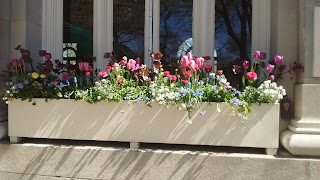 And a tiny front garden 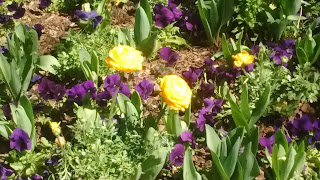 Later that day, this was the scene when we got back to Buffalo. 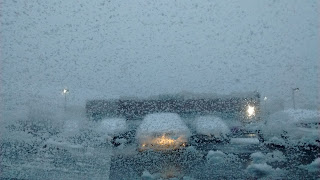 However, as this blog has been remiss in keeping up with the times, it's looking a little better now.