The Other New York 6: Memorials

It was a cold, drizzly afternoon in downtown New York City 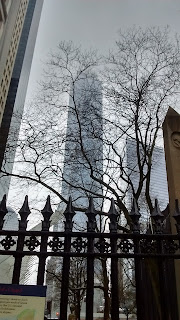 The new Freedom Tower, built to replace the ill-fated World Trade Center loomed through the mist. The last time I was here,  a few years ago, it was still Ground Zero, a vast hole in the ground gradually turning into a building site. Now there are two new memorials, stark, grey, chilling and powerful, great, cavernous pits with waterfalls and the 9/11 victims' names inscribed around them. 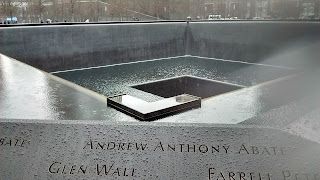 It was reminiscent of the  Flight 93 Memorial  in a field in Pennsylvania which I visited a couple of years ago.  Nearby, the new transport hub looks like some bizarre bird poised to land. 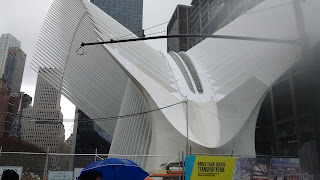 After the attacks,  historic St Paul's chapel was a base for firefighters and other helpers. 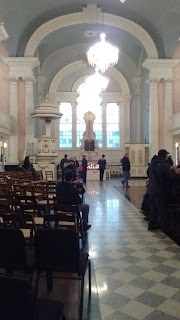 When I was last there, the box pews were still in place but now they've been removed, presumably because of all the visitors. Although the one where George Washington sat in very different times is still there. 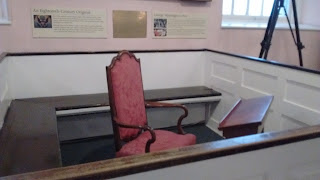 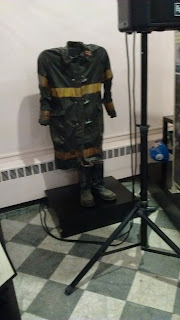 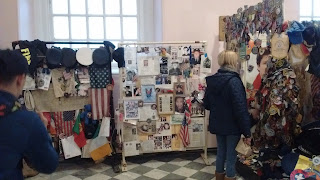 Police from all over the world sent badges and other tokens, 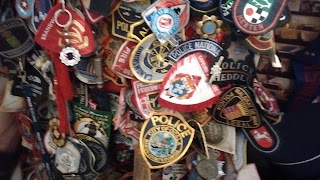 Among them what looked like a a British policewoman's hat. 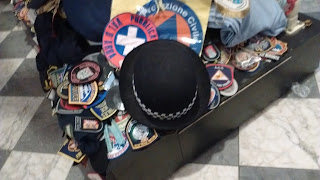 Tables are covered in memorabilia. The photos, the messages. 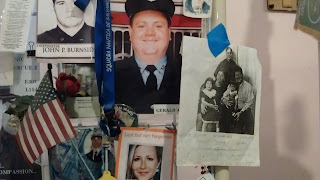 It's all deeply moving and still overwhelmingly sad. 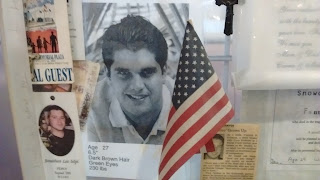 I was in London at the time, working flat as an editor for BBC World Service News. I didn't have time to take in the horror, though one evening managed to escape to Verdi's Requiem at the Albert Hall, the second-last night of the Proms. The conductor dedicated the performance to the victims. Everyone in the audience was crying. But we were thousands of miles away. 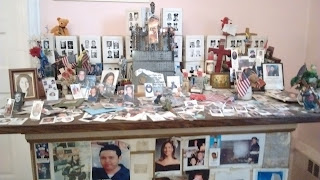 One of the old pews is against a wall. They've kept it to show the scuff marks left by exhausted firemen who lay down in their boots to catch some sleep. 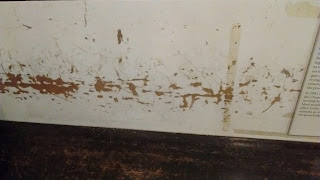 This trip, I didn't manage to take in the new museum - that's one for the future.
Posted by Alenka at 4:25 AM