Road Trip: In the Steps of Gone With the Wind

Aunt Pittypat would have fainted away. Just look at what happened to Atlanta! 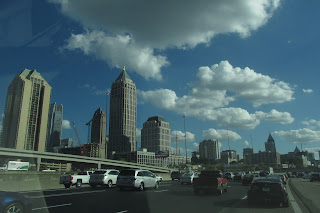 It's a massive, thriving city now, with an infernal traffic problem,  rush hour evidently happening all day. I'm guessing this monument has something to do with the Olympic torch. 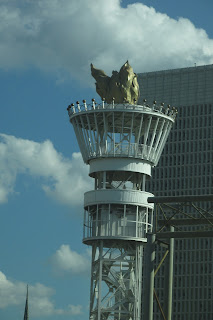 Snapped to while away the time crawling along the motorway through the city - not our best choice of route. We were headed for Jonesboro 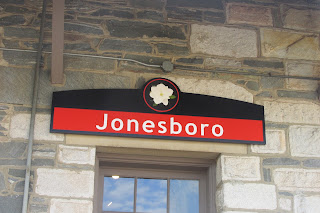 A small Georgia town where "Gone With the Wind" was set 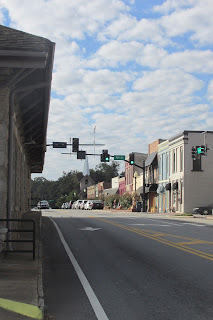 With some suitable architecture 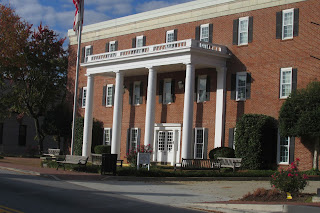 And an old railway station 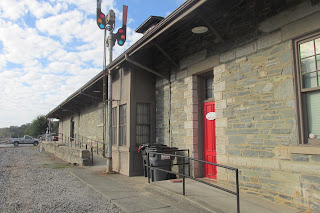 Which housed the "Road to Tara" museum. Unfortunately we coincided with a tour bus-load who crammed into the little museum with their guide, who was in costume, though it wasn't quite clear whose. He regaled them with stories of how Margaret Mitchell, who stayed locally, got her inspiration for the book (the characer of Melanie was based on a nun from Savannah, apparently). We had to jostle our way through the crowd to get to the exhibits and didn't manage to see as much as we could have. As always, we didn't have enough time.
I remember trying to say this in French at school 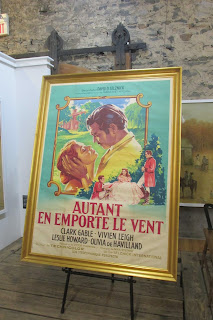 There were Scarlett lampshades and figurines and a book by the actress who played Bonnie.  And there was a case full of Mammy dolls. They were described as the "beloved Mammy tradition" but I expect they'd be considered politically incorrect now 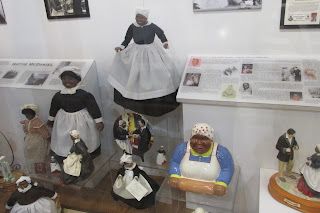 They even had Scarlett's bloomers from the corset-lacing scene 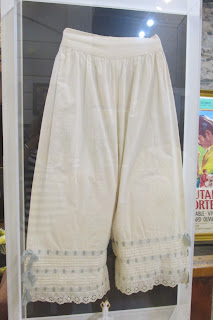 And the too-low-cut barbecue dress 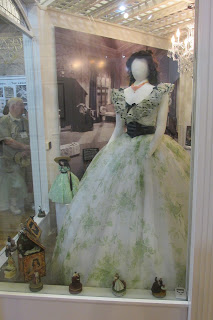 Less charming was one of "Sherman's Neckties" found at Jonesboro. As part of his destruction of the Confederate infrastructure, General Sherman had the rails heated until they bent out of shape. 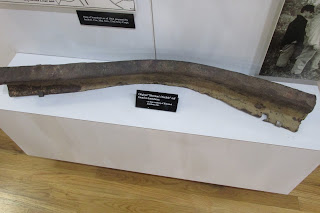 There was a touching display about Father Emmeran Bliemel, the first American military chaplain to die in battle. 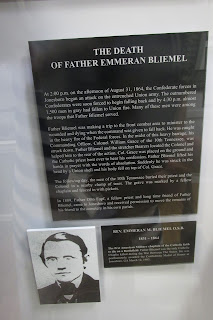 The Benedictine was killed giving the Last Rites to his Commanding Officer at the Battle of Jonesboro. 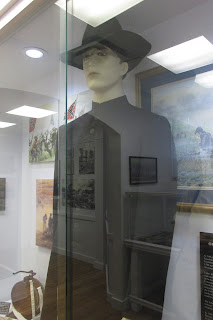 Nearby was the Confederate cemetery. 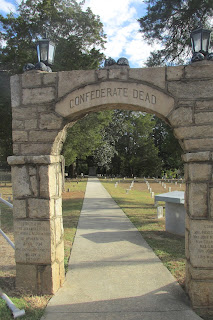 Like many other memorials we've seen in the South, put up by organisations of redoubtable ladies. 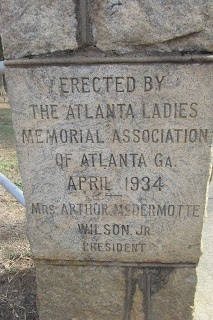 I wonder what Mrs Arthur McDermotte Wilson Jr's story was. 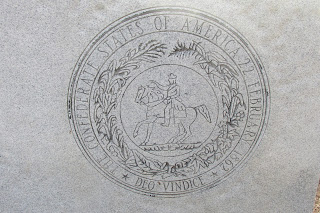 Whatever you might think of their cause, all the little unmarked graves were desperately sad. 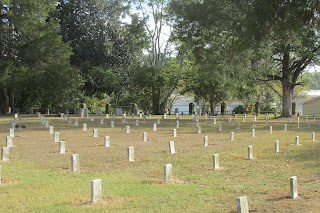 Though some did have names 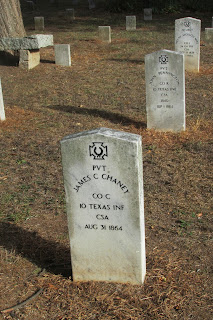 And they did allow them to fly the Confederate flag. 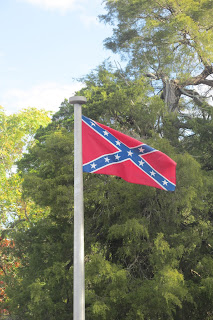 It's reviled in many quarters for its associations with slavery but interestingly I've seen a lot of them flying up north - deep in Yankee territory, particularly in rural parts. The other day, back in western New York, I was stuck behind a pickup truck with a huge one emblazoned on the back. These days it's sometimes been adopted as a symbol by people who say they're fed up with being pushed around by the government.  Though back in Jonesboro, the local citizenry seemed nothing if not patriotic 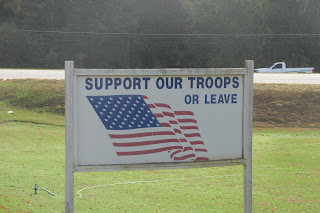 Leaving town, the Gone With the Wind references weren't over yet. 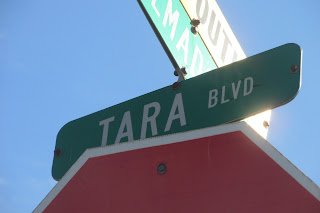 And here was an actual cotton field 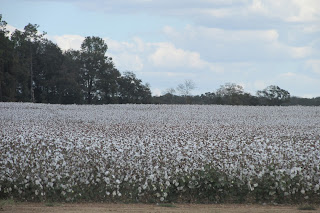 Though they now have rather more enlightened ways of harvesting it. We liked the giant rolls of cotton wool. 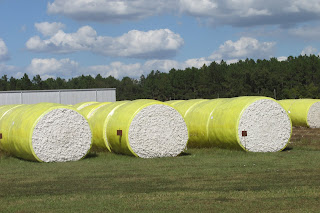 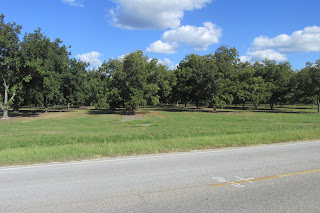 And then it was into Florida and nearly the end of our journey. 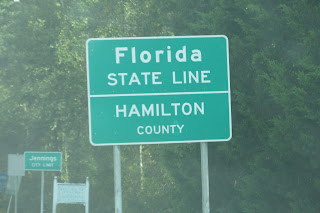 to be continued
Posted by Alenka at 8:02 PM