We had friends staying and decided to take them, on the recommendation of our neighbours,  to see a slice of "Old Florida". It was called Snook Haven. We'd seen the sign from the road but never actually been there. We rumbled down a seemingly endless cart track and ended up at a collection of wooden shacks by a lazy river. 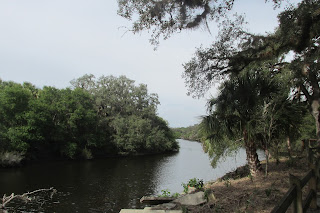 The Myakka River. It looked a likely place for our scaly friends. 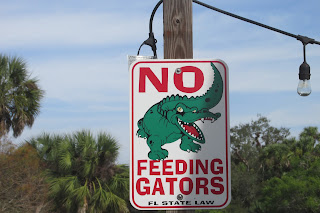 Accidentally or otherwise.  I would not want to canoe there. 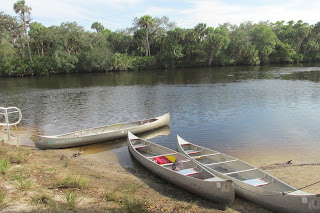 Though we spotted some intrepid kayakers. 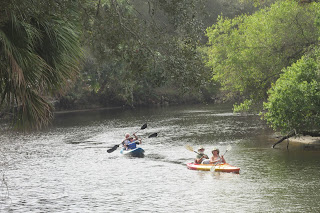 They say suntan lotion makes a good condiment. A bit like mayonnaise.  We eventually found how to get into the restaurant .. 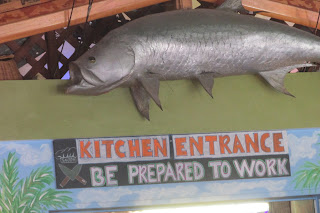 and discovered where the alligators were. They were all indoors. 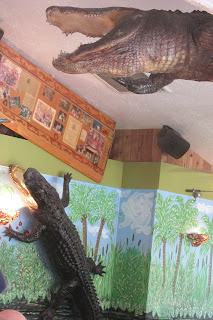 Climbing the walls, on the ceiling, making themselves useful.. 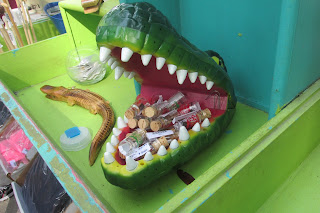 And above all, being eaten. 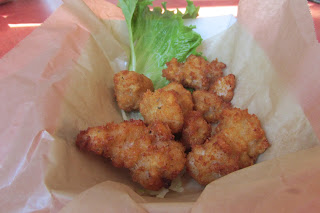 They taste like very rubbery fried chicken - or frogs legs if you've ever had them. The smoked beef sandwich was a much better bet. Of course everyone wants to say they've eaten alligator.
But the best part of Snook Haven was the famous banjo band. 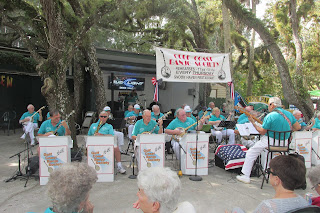 Hordes of people had come to listen, bringing deckchairs, sitting at picnic tables. 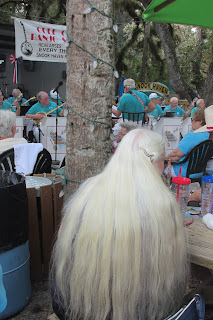 It really was a different Florida. Touristy or not, it was a fun day out. The neighbours were right.
Posted by Alenka at 10:59 AM