As eight inches of snow are predicted by this time tomorrow, I fancy a Florida flashback and here's a taste of a great American day out we had in February.  The glorious occasion, under the baking Florida sun, was the Sarasota Highland Games.  First stop, some sustenance. 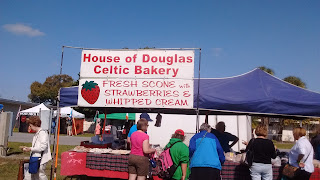 Hubby complained that the strawberries were tinned and the cream synthetic. Wimbledon it wasn't but never mind. This chap was trying on a kilt. 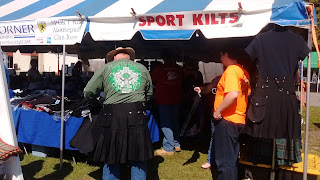 It doesn't say if they're one-way. 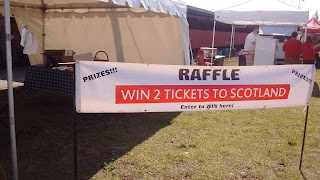 Kilts of all shapes and sizes were everywhere, even on the little kids. They take their heritage very seriously here. And in America you can always find kindred spirits.  Note the dirk stuck in his sock. 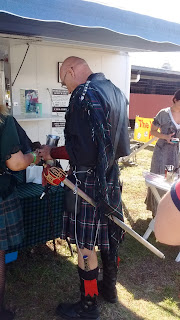 There were all kinds of ethnic Scottish foods on offer - haggis and chips, bangers-in-a-bun and chips, fish and chips. I regret to say that I had a deep-fried Mars bar and chips. You have to try one at least once in your life. 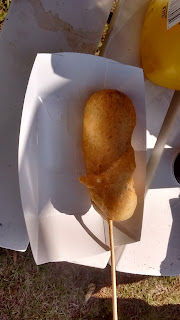 Aftr everyone sang "Flower of Scotland", the bands geared up fpr the Parade of the Clans. 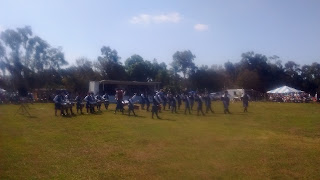 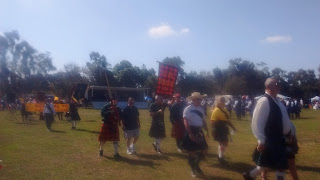 Everyone's Scottish at the Highland Games. 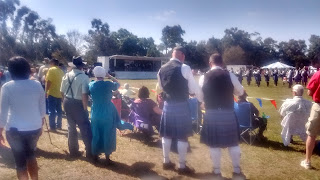 And there was a British car show too 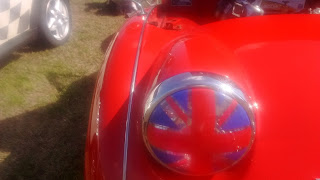 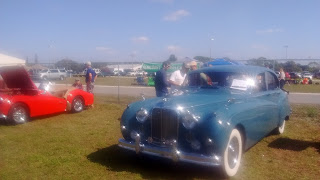