Hello Columbus: Ghosts From the Past

Apologies for the small hiatus - blame it on the torrential rain which has necessitated upping my slug-hunting efforts but here I am back on the streets of Columbus, Ohio.  Hubby recognised this character right away. He is apparently a throwback to the past, name of Mr Peanut. He probably looks better in the dark. 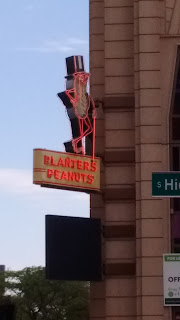 And here's another interesting throwback to the past. 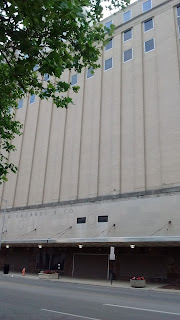 This appears to be a former department store. You can still just about see the name, Lazarus and Co. According to the nearby sign (Columbus loves signs) it has been recycled. The grand foyer 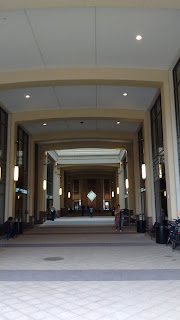 Now has trendy offices with an art deco feel 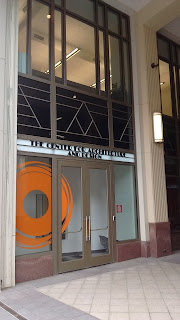 And everything has been refurbished using sustainable materials and such. Just like this bus outside, which has a gas tank on top and runs on gas (in the British sense) because it's clean energy. I couldn't help being reminded of the buses I used to see in Communist Eastern Europe in the 1980s with big ugly gas tanks perched precariously on their roofs. They had to use gas, not for ideological reasons but because their economies were on the skids and they couldn't afford petrol. 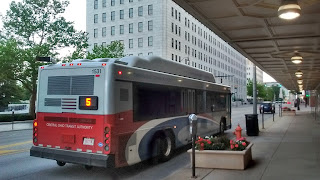 Meanwhile back to Lazarus and Co and an eerie shop window. 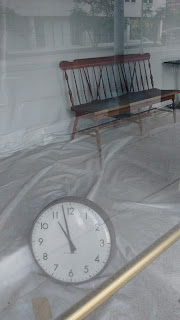 With memorabilia from the past.  Did these come from some tea room, once full of gossip and the chink of china? 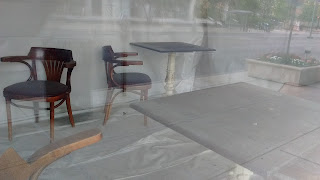 The subject of the ghostly portrait must be wondering what happened to his store. 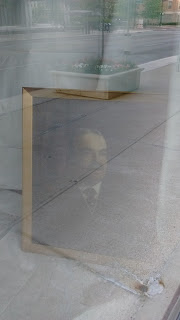 Or perhaps he's just admiring the bus, "Wish we had those in my day!"
Posted by Alenka at 8:43 PM