The decorations are up in the arboretum. During the day they look makeshift and insignificant, hiding in plain sight. At night they blaze into glory. 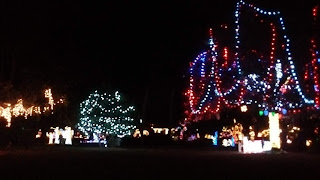 As usual the trees are decorated by local groups and families. 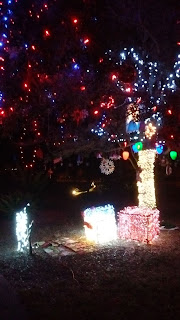 Here's Grandpa's Lake again. I still don't know what that's all about.  That's all it says - Grandpa's Lake. Perhaps Grandpa spent happy hours fishing there, or perhaps something more sinister happened. Could be the start of a suspense novel. 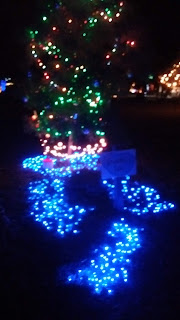 Some deer and a little Nativity scene in the back. Let's hear it for Nativity scenes in public parks. The more the merrier! (I've noticed that shopkeepers here will say "Happy... " and wait for you to fill in the gaps. As soon as you say "Christmas" they say "Merry Christmas" to you back. Does anyone seriously want to say "Happy Holidays"? In Britain that would make you think of Ibiza, or a wet summer in Blackpool. 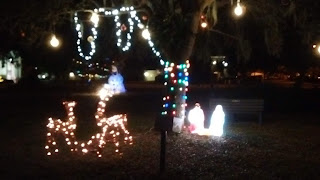 I saw these dark dancing figures and thought, gosh, golliwogs! Surely not! Has political incorrectness gone rampant here?  Actually, on closer inspection, they appeared to be gingerbread men, or ginger men, as the Americans say. 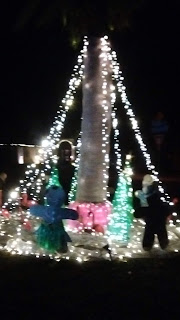 The manatee statue with a wreath was a sophisticated touch. 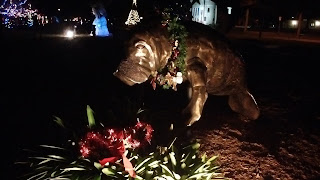 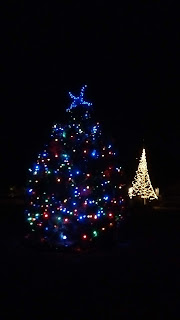 I think in Florida they must sell special Christmas lights to put on palm trees. 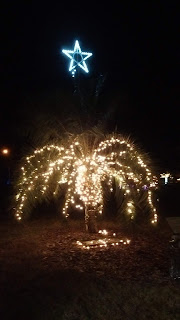 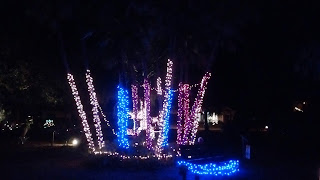 And another. The little lion symbolised the Lions' Club. Those are the great people who collect your used glasses to donate to the needy, among other charitable work. 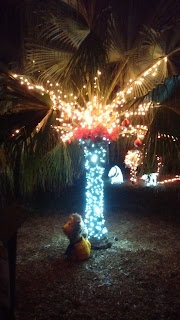 The giant baubles were my favourite. 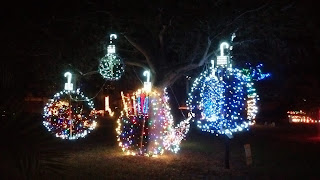 There were polar bears 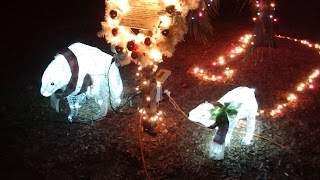 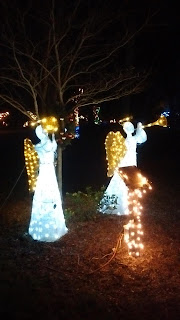 And of course snowmen. 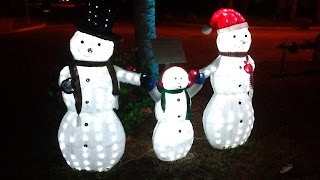 It reminds me of the story of a local man who heard that, somewhere, right up in the north of the state, it was actually snowing for the first time in years. So he piled his kids in the car and drove north for four hours just so they could experience playing in the snow. 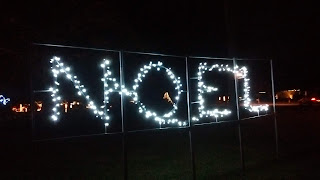 A very Happy/Merry Christmas to you all!
Posted by Alenka at 7:16 PM