This weird summer, I'm probably not the only one with no excuse not to get on with gardening. If the jungle doesn't come through for me this year, it never will. It's been a while since I've had the chance to tackle some of the flowerbeds, scraping out thick mates of fallen leaves and dispatching dandelions. Some things are starting to pop up. The lilies of the valley are unstoppable. 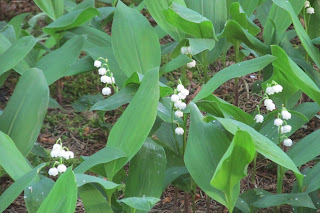 The carpet gets bigger every year. 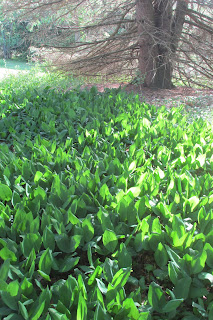 They seem to have suffered no ill effects from being stamped on by the builders last year. Well they say what doesn't kill you.....
The irises are doing pretty well too. 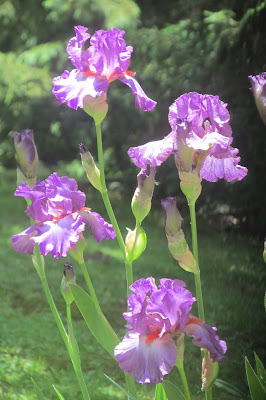 Funny because I don't actually remember planting them. That's probably why. 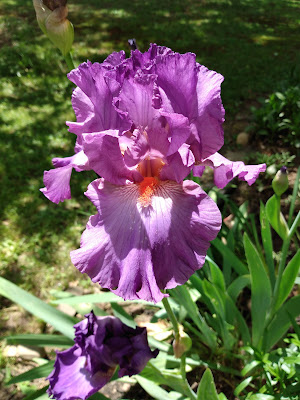 The crabapple is from a couple of weeks back. The blossoms were so short and sweet. 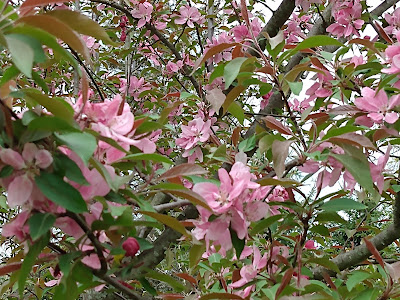 But all is not well in paradise. No sooner had I planted my annuals and made a start on the flowerbeds than I looked out of the window and saw a baleful chestnut-coloured shape sauntering along at the back of the garden. The deer were casing the joint. And meanwhile in the front, I surprised a large, fat rabbit. Sure enough, half the geranium blooms in the whisky barrels had been nipped off for breakfast. This is nothing new of course but this year, with more time on my hands, I resolved to go down fighting.. I tried and dropped the idea of sprays (don't work) cayenne pepper (ditto) gadgets emitting high frequency sounds ("Give them a week to get used to it", hubby said cynically) and a statue of a wolf that howled when something walked past ("Always the same howl. They'll get wise to it.") Then I remembered someone mentioning Irish Spring soap. I was going to order a box of it online, only to be told they can't deliver to New York State. Perhaps it's a controlled substance. So I dispatched hubby to the Dollar Store to buy some. "Yes it does work!" the checkout girl said, "I grate it." .I cut up some old net material I'd used on the blueberry bushes when I still thought it would keep the birds off (forgetting the chipmunks attacking from below), chopped up the lurid green soap, with an even more lurid smell, made little bags and suspended them from sticks all round the flower beds. Now the garden smells like a 1950s TV commercial and I'm keeping my fingers crossed.
Posted by Alenka at 4:16 PM