Right now the roadsides and forests are truly astonishing in their beauty. 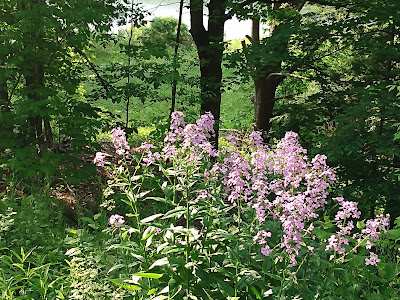 Every day, it seems, there are more patches of pink, purple and white 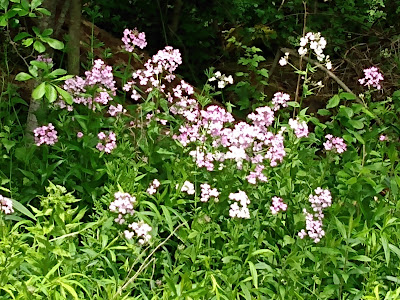 Twinkling and peeking and as you drive past, tantalisingly spotted between the trees in some half-hidden glade. 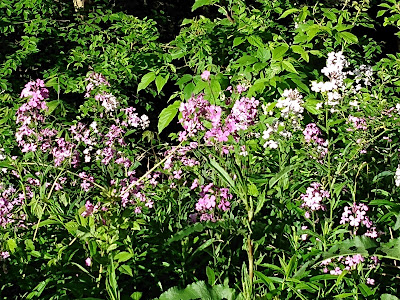 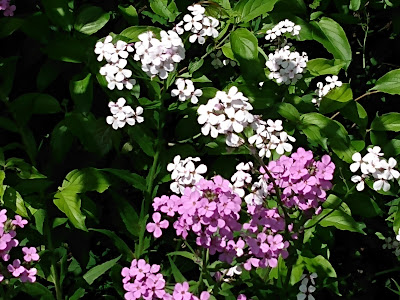 Actually some states, have, in their spoilsport way, classified them as an invasive species. Not New York though. Another name for them is "Mother-of-the-Evening" because their delicate scent is at its best late in the day. Here, along a pretty local dead-end road along the Allegany River, they stretched almost as far as you could see. 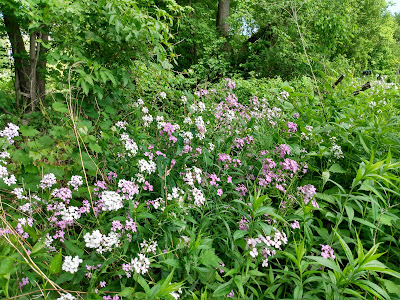 Hubby read somewhere that you could eat the leaves - like edible rocket. We picked some and tried them. They tasted, well, like grass. Maybe they were too old. 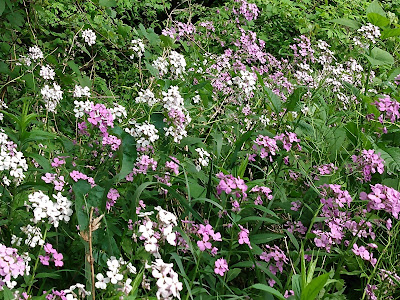 They remind me a little of how British bluebells mist the ground in the forests back home, completely naturally. You can't tell them where to go. We once tried digging some Dame's Rocket up and planting it in the garden. Nothing happened then but now, years later, more and more of them are popping up at the back as if by magic. People come here in the autumn to look at the leaf colours but western New York's best kept natural secret appears in the early summer.  As with the leaves, the most spectacular displays are, of course, along the highways/motorways, where you can't possibly stop and take a photo. 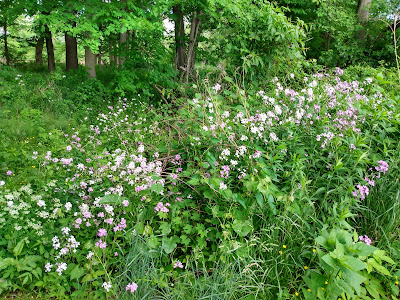 Here's another shot of the languid river. In places it can't have changed much for centuries. 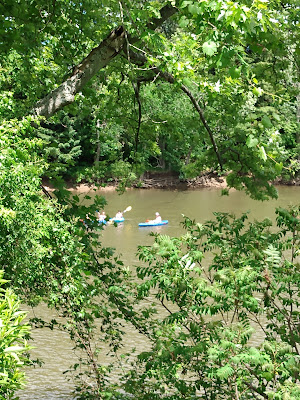 The canoeists, who looked like a bunch of students, seemed to be having a blast. At least no one's going to nag them to socially distance.
Posted by Alenka at 3:01 PM