Just Not Our Sailing Year

You'd think sailing out in the fresh air and sunshine would be one thing we could enjoy in these pesky times. But life is never that simple. So far we've tried to take Titanic 2 out on Lake Erie four times. The first time there was zero wind. We motored for a bit but then there was nothing for it but to come back to the Marina. 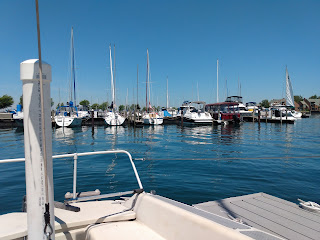 The second time there was too much wind. Even with just the jib up. We were thrown around horribly and I actually felt seasick, which is unusual for me. I did manage to get one lop-sided photo. 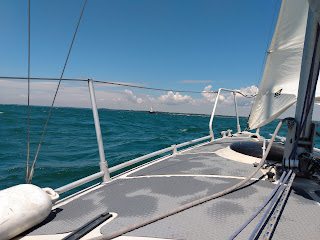 But then there was nothing for it but to come back to the Marina.
Where I was set upon by an irate mother duck. Hey, whose dock is it anyway? 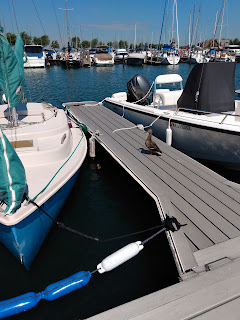 After my experience last year with the sadistic swan at Sumter I am naturally wary of waterfowl. But after a bit she relented and paddled off with the family. 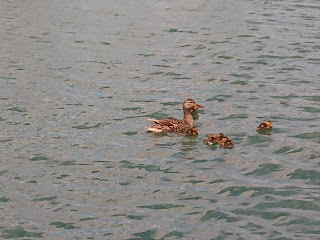 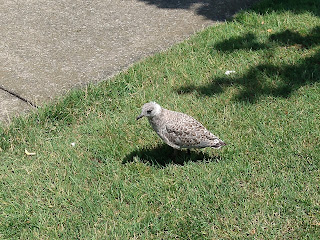