And Into the Harbour (Harbor)

The other day there was absolutely no wind so we pretended we were in a power boat and took a cruise around Buffalo Harbour.  Here we are going under the skyway and on the left is an operational grain elevator - most of them are rusting hulks left over from when Buffalo took in all the grain from the prairies and was one of the world's major cities but this one produces Cheerios breakfast cereal - when there is a wind and it's in the right direction the treacly aroma wafts across the harbour. 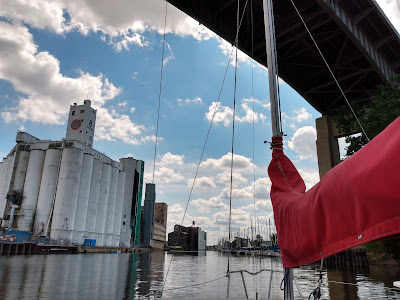 The Skyway may have looked futuristic a few decades ago but now it serves to block any kind of useful and/or attractive development along the lakefront. Some people would like to knock it down but I'm sure it has its fans. 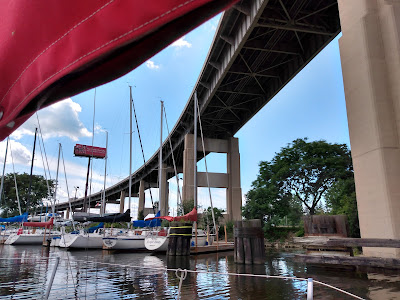 I have been collecting bizarre boat names, of which there are many. Boat owners seem to love plays and puns, some of them not very salubrious. Yes the one in the middle really is called Breakin' Wind. 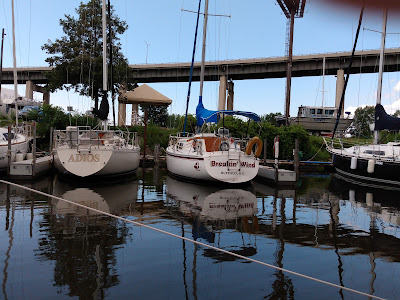 And here's Feelin' Nauti on the left. 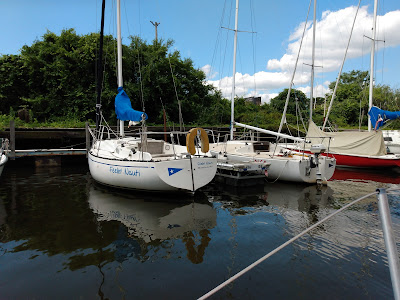 "Seanile" I can sympathise with. I'm sure it's not owned by a politician. 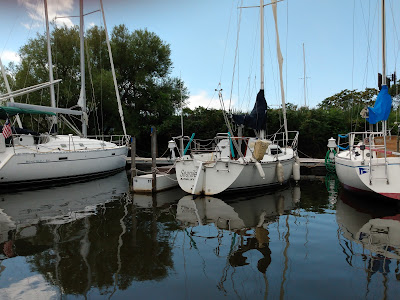 There's Nice Ketch - better if it was a fishing boat. 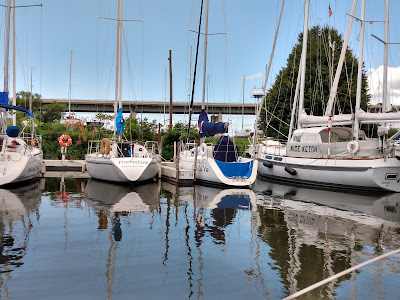 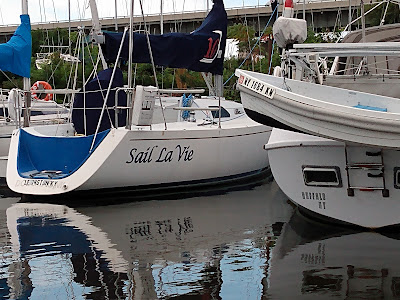 Then on the way out, a redundant battle cruiser with a more workmanlike name, the USS Little Rock, dwarfing Titanic 2, not to mention the kayakers. A risky business, paddling in the harbour but a lot of people seem to want to do it. It is a nice way to socially distance. 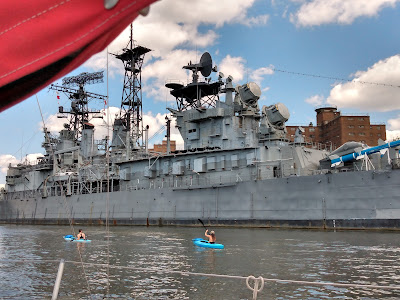 Here's the sailing school with the sweetest little huts, all different colours, just like the English Riviera. 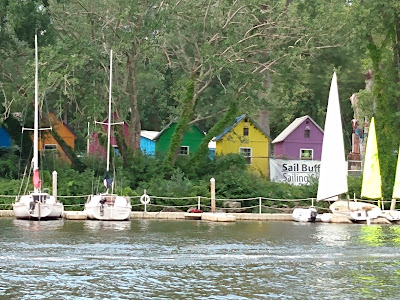 Out past the historic lighthouse. 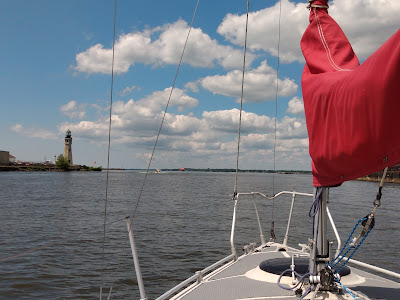 Here's a close-up. It was finished in 1933 and has a fascinating history which you can read more about here - it's one of the prettiest sights on the waterfront. It almost makes up for the Skyway and the Marina Ugly Tower, (which I can't bear to photograph again - a brutalist monstrosity) but not quite. 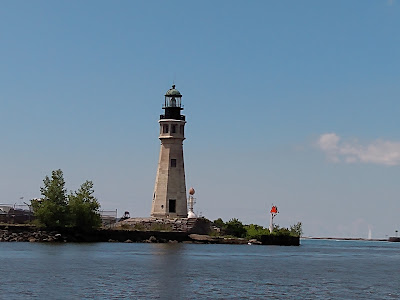 And back in our own marina, a few more boat names. Speaking of not very salubrious ... 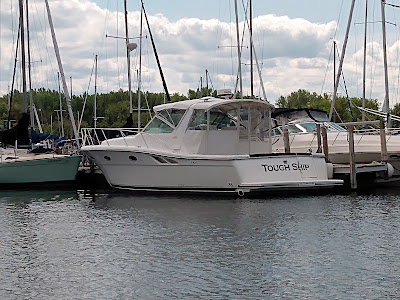 Of course, what would you expect from a powerboater? 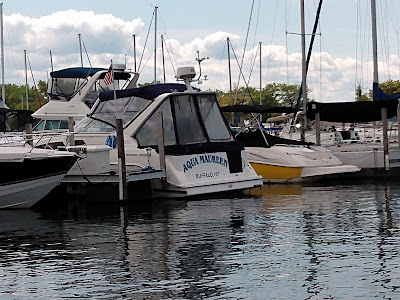 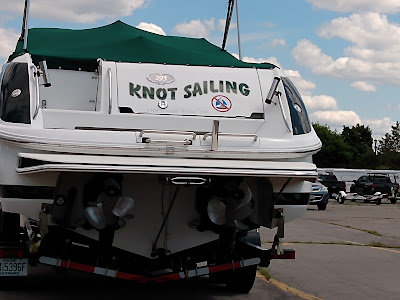 More fool him. Not getting the art of going nowhere, slowly, at great expense. (Especially on a day like today.)