Hanging on to Hope

Talking about success stories in the garden, I forgot to mention the beauty berry. 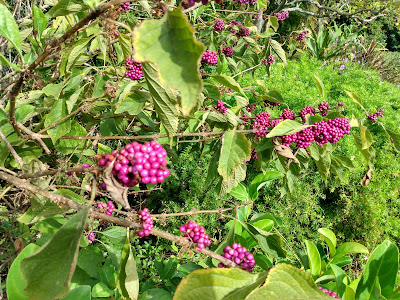 My neighbour's advice to cut it right back in the spring bore fruit in every sense of the word. The berries are quite magnificent. 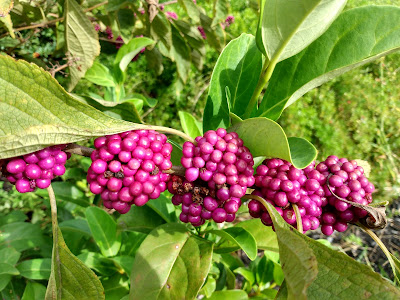 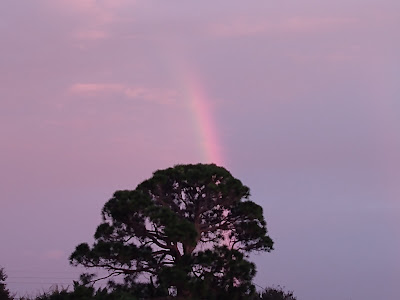 At a time when Covid 19 is gleefully upping its game, thumbing its nose at the world's prayers and precautions, when  the eerie echo of football without fans looks set for the duration, when the head of the Catholic Church makes remarks akin to the Chief Rabbi musing on the health benefits of bacon butties,  when the height of political debate in the world's superpower consists of two old men hurling insults like drunks in a pub and we're fast losing our grip on which way is up, we have to cling on to some small signs of hope.
Posted by Alenka at 4:40 PM