Dateline: Golden Beach, Venice, Florida
Rewind to last weekend and a sunny but spectacularly blustery day. We had driven up to the jetty to watch a sailing race and got caught up in a queue of cars shuffling their way along. There was no sailing race - they would have been crazy to leave harbour - but the surfers were out and everyone wanted to see them. The sea was thundering over the end of the normally tranquil jetty. 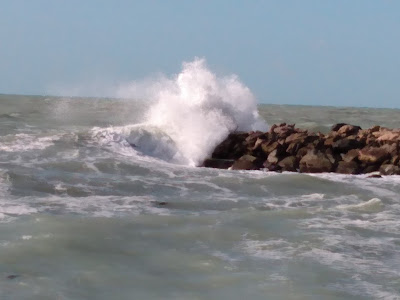 And the surfers were like so many ants in the water. 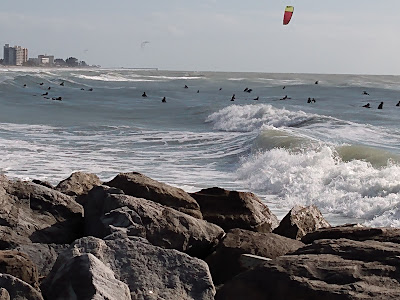 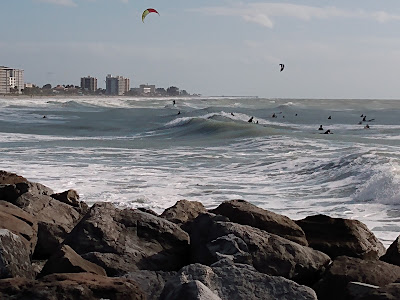 and even a daredevil windsurfer racing back and forth. 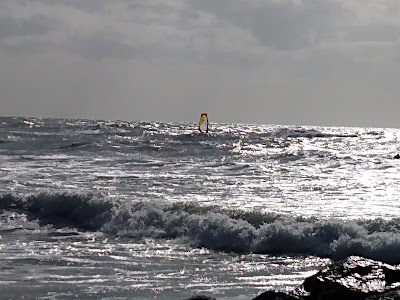 Ever hopeful, ever prepared, a perpetual eye on the marine forecast, they had no doubt come from far and wide, jumping into their campervans and identical black wetsuits and like an army of commandos converging on the tiny jetty car park where waves crashed against the (probably imported) rocks in a most un-Florida-like scene. 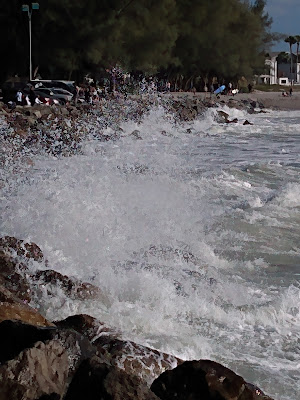 Word had got around - it wasn't California exactly but impressive for the Gulf Coast version  of Venice.
Afterwards the surfers hung wetsuits out to dry, swaying quaintly from a tree. 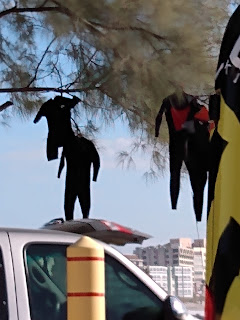 No doubt happy they'd seized the moment.
Posted by Alenka at 7:51 PM